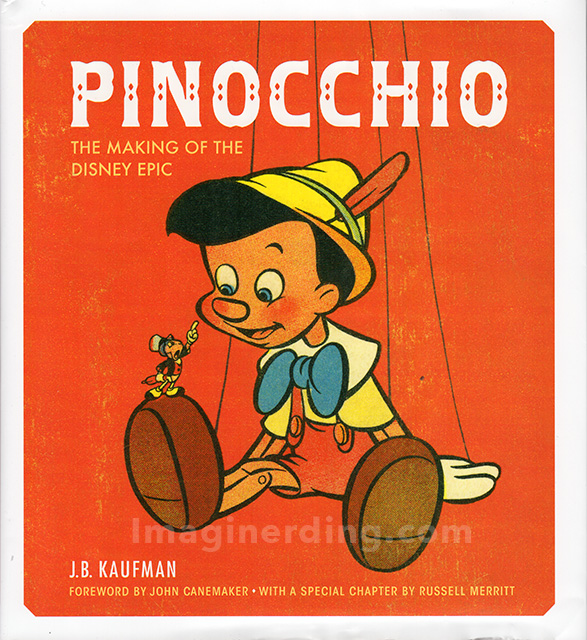 George: Sometimes a book comes along that is so monumental, that it’s hard to describe it. In 2012, J.B. Kaufman wrote two books on Snow White and the Seven Dwarves that were so inclusive, exhaustive, and stunning, that it’s hard to find other works that even compare. His latest release, published by the Walt Disney Family Foundation Press is Pinocchio: The Making of the Disney Epic. Kaufman has authored many other titles focusing on Disney animation, including the South of the Border films, the Silly Symphonies and the silent films. Needless to say, I was super-excited when this book showed up.

Jeff: Just to parrot what George said, we’re huge fans of Kaufman. His research goes above and beyond many others, and it shows in his final product. Many folks may be intimidated by this massive tome, but really, it is well worth the time to read. It’s definitely one of the best “making of” books I’ve come across, and packs a lot into its pages.

George: Parroting? I though you were going to start using the term Carioca-ing.

Jeff: Given the topic of one of his previous books, that WOULD make sense… 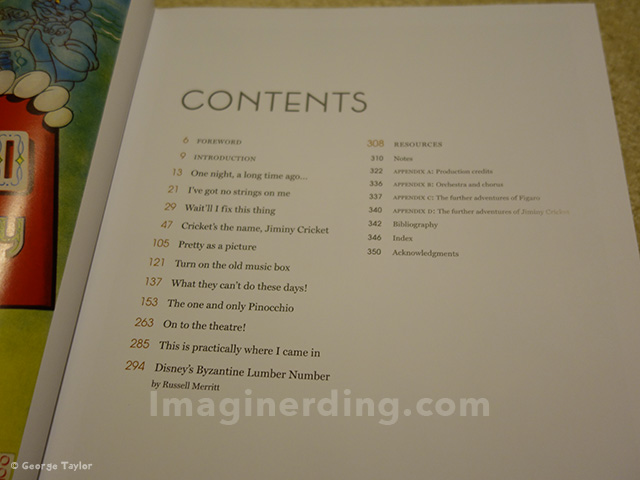 George: Anyway, Kaufman’s book clocks in at 352 pages, and honestly, there really isn’t much fluff to be found anywhere. It is a making of book, like Jeff mentioned, and it’s so well researched and written that it’s hard to believe that Kaufman hasn’t written everything that can be written about the iconic and award-winning film. It does follow a standard presentation that we’ve seen in similar books about animated films, but that doesn’t mean this book isn’t truly groundbreaking.

Jeff: To me, this book struck a perfect chord between images and text. Sometimes, this types of books are too heavy on one or the other, but Kaufman’s book is so beautifully laid out, it never feels over-bearing. It truly is up there with the greatest animation books of all time. But, I feel like we’re just overtly praising it in generalities, and not really pointing out why. So, George, what was your favorite part of the book? 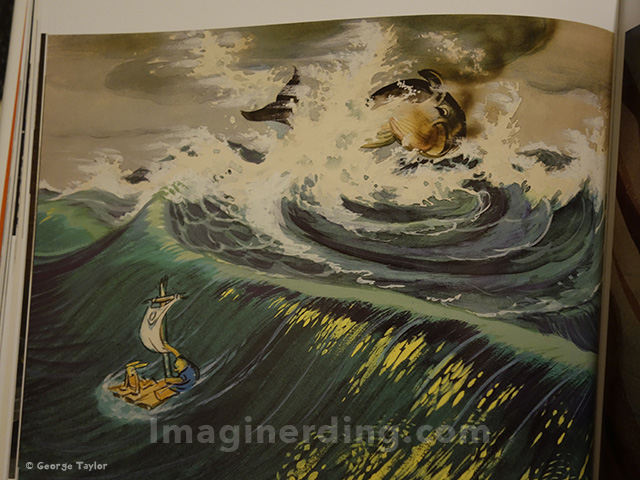 George: Like most other “making of” books, I find myself really drawn to the history of the subject, especially the periods before Disney. Like the books on Cinderella, Snow White, and Sleeping Beauty, Kaufman takes us back to the origins of story to give us the details that we might not know, as well as for laying the foundation of how Disney changed the story. Compared to some of the other films, Collodi’s Pinocchio was barely 40 years-old when Walt decided to tackle it as an animated film. To me, seeing how the original tales fits historically is always eye-opening and lends understanding to the choices made in the creation of the film.

Jeff: I really enjoy how he looks at the film upon its release as well. It seems that audiences expected another Snow White, and were turned off by the adaptation of the must darker, Collodi story. Snow White briefly goes into that area, sure, but Pinocchio plunges head first into it in parts. But his look into the warmth and heart of the film is compelling. You realize how much the animators poured their hearts and souls into the film, often around the clock and on unpaid overtime, because most of them believed in what they were doing.

George: The very long (and richly detailed) section of the creation of the film showed just how difficult it is to craft a work like Pinocchio. Walt and the animators went through many different versions of the story with different characters before they hit the mark, so to speak. Kaufman was able to access the notes from production meetings and share the comments from Walt and other studio employees that shaped the film on a daily basis. At times, it really felt like I was a fly on the wall, just waiting for them to tread into the story that we now know so well.

Jeff: Overall, again, this is an impressive work. I can’t even imagine how much work Kaufman put into this. I mean, the man churns out a book like this every 2 years or so, at this point, so he must be constantly researching. It’s impressive, and seriously one of the best “making of” books I have ever read on ANY topic, hands down. 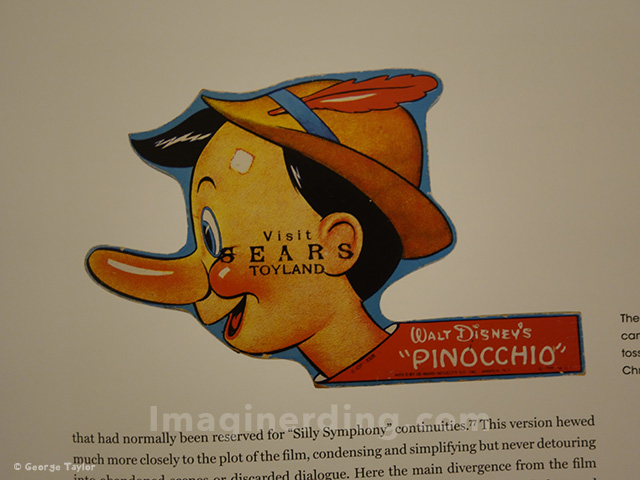 George: Kaufman, based on his relationship with the Walt Disney Family Museum, is one of the few researchers to have almost unfettered access to various archives at Disney and it’s well worth it. He stands tall with other historians and the work that he presents on Pinocchio is going to be the standard. Besides being incredibly well-researched and well-written, the book is easy to digest and easy to enjoy.

Jeff: Needless to say after all that praising, I think you realize how into the book we are, and highly recommend it. Four thumbs up?

One thought on “Jeff and George Review Pinocchio by JB Kaufman”