Fairest One of Them All: The Making of Walt Disney’s Snow White and the Seven Dwarfs by JB Kaufman

December 21, 2012 marked the 75th anniversary of the release of Snow White and the Seven Dwarfs. This was a monumental film for the Disney Company and is arguably one of the single most important events in the company’s history. Disneyland comes close, but most historians agree how important Snow White was; it built the Burbank Studio. 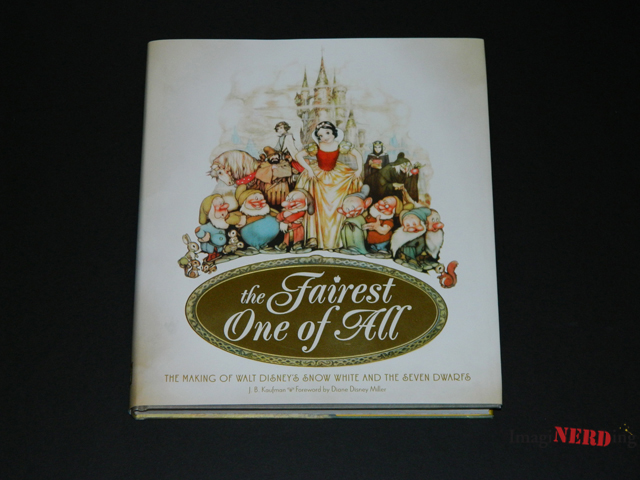 The Walt Disney Family Museum released two books by renowned animation historian JB Kaufman. The Fairest One of All: The Making of Walt Disney’s Snow White and the Seven Dwarfs is an amazing look at the film. I’ve reviewed a few other titles by Kaufman (South of the Border and Walt in Wonderland) and they were as entertaining as they were educational. I was really looking forward to this book.

The Fairest One of Them All is fairly expensive with a list price of $75.00, but I have no issues with recommending it wholeheartedly. Especially considering that the book has 320 pages with over 280 pages of text and photos. The rest of the book is dedicated to references and sources. It is exhaustive and that’s a great thing. This is the type of book that will be referenced for years and sets the bar for what a book about an animated film can be. 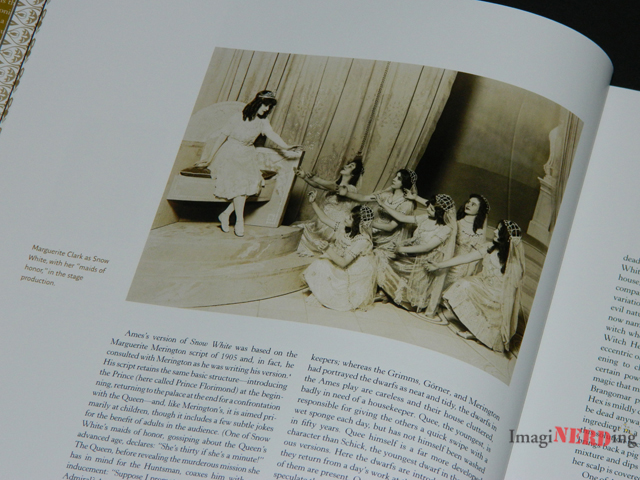 The first part of The Fairest One of Them All looks at Snow White before 1934. It seems odd at first, but Kaufman pulls you right into the book with a history of the history of Snow White. He includes many of the incarnations that might have and did influence Disney. It’s a great way to start the look at Snow White. You also get an amazing sense of how pervasive the early stage adaptations and films were for the public and how influential they were on Walt’s film. 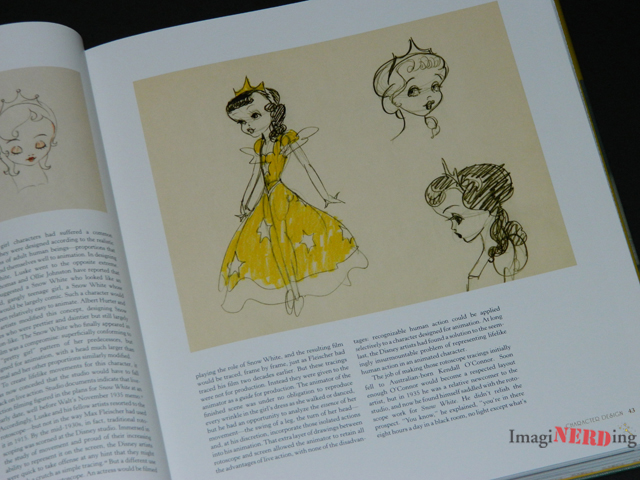 The largest part of The Fairest One of Them All is the second section. Here, Kaufman looks at the production of the film. We begin with character design and charge fully into each and every scene of the film. This is where the book is enticingly exhaustive. Kaufman looks at every scene, whether it was in the final cut or not. He looks at the concept art for the scene, details the plot and how it fits into the overall film. We also learn about the individual artists and how characters were molded and possibly changed. The deleted scenes are given just as much attention as the final scenes, including criticism and reasons for not including them.

The final section of The Fairest One of Them All looks at everything Snow White after the release. It’s hard to get a sense of how amazing the film was without the historical context; Kaufman does a fantastic job of showing how revolutionary the film was. He discusses the issues with the technicolor prints, the Disney decision to pull the film early to create demand and the amazing cultural phenomenon that was Snow White. People were really entranced and smitten with the film which is hard to grasp 75 years later. For us, Snow White is a treasured classic; Kaufman relates what it was like to live in the era when Snow White was vivid and all-consuming.

Hands down, it is one of the best books written on the subject—not only is it exhaustive, but it is completely accessible.

Walt Disney and his artists legitimized animation as an art form. Kaufman has created a work that helps legitimize Disney historians and the study of Disney. An exhaustive opus like The Fairest One of Them All will be referenced for years and is amazing in its depth and detail. Kaufman really should be congratulated for his dedication and attention to detail.

Have you read The Fairest One of Them All, The Making of Walt Disney’s Snow White and the Seven Dwarfs by JB Kaufman?

Do you think Snow White and the Seven Dwarfs is one of the most important things ever done by the Disney Company?

One thought on “Fairest One of Them All: The Making of Walt Disney’s Snow White and the Seven Dwarfs”