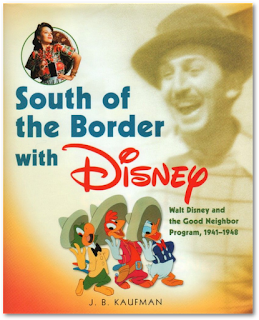 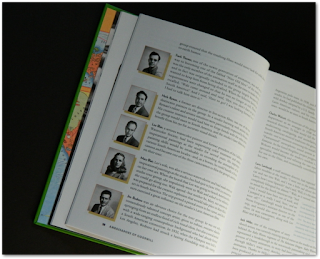 Historically, the time period covered in J.B. Kaufman’s South of the Border with Disney is a very important period for Walt Disney and the Walt Disney Studios. As you make your way through the title, you realize that the Studio might have suffered debilitating changes without the intervention of the Good Neighbor Program. Also, the output from the South American trips was fairly impressive. J.B. Kaufman is an animation historian and is well known for covering Disney, especially the earliest animated films. He co-wrote Walt In Wonderland with Russell Merritt. 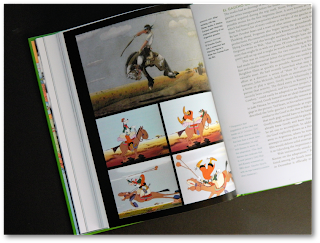 Released in 2009, this extremely dense, yet enjoyable book relates the tale of Walt Disney, the Good Neighbor Program, and all of the animated films, shorts and documentaries that were produced during the period from 1941-1948. It is a great companion piece to the Walt and El Grupo documentary released in 2008. 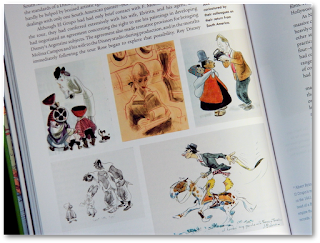 At the beginning of the book, Kaufman discusses the major animation strike and how Walt was feeling the pressures of World War II on the studio profits. He was tapped by the Cooridnator of Inter-Amercan Affairs to journey to South America on a Goodwill tour and he took a group of animators that be became known as El Grupo. Part of the reason for sending Walt to South America was to get him away from the strike so it could be settled. As divisive as the strike was, it is covered, but only in relation to the films. 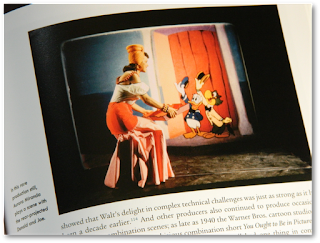 South of the Border relates the travels of El Grupo and how they were recieved on the tour. It is amazing that Kaufman was able to present a documented and almost daily report of the trip. You gain a sense of how Walt Disney was a major public figure in the 1940s and how the trip may have stemmed the tide of the Nazi party in many South American countries.

Upon their return, the Studio set forth to create a plethora of animated films. The two films, Saludos Amigos and the Three Caballeros, are discussed in great detail—we see concept art, story notes and production details. The middle section looks at the shorts that were produced based on health concerns of South Americans (like clean water) and the literacy needs of the populace. Every short that was ever discussed in the studio, even briefly, is given space in the book. The output was astounding and the details that Kaufman was able to uncover are amazing. 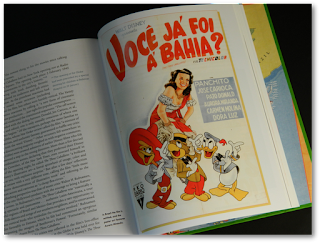 South of the Border with Disney is an important work and is aimed squarely at animation and studio fans—especially the Good Neighbor films. What is most impressive is the research that Kaufman was able to do in writing the book. It is obvious that Kaufman knows animation and is able to place the historical context of the time period into the overall fabric of the Walt Disney Studios.

A shortened version of this review appeared in Episode Three of Communicore Weekly.