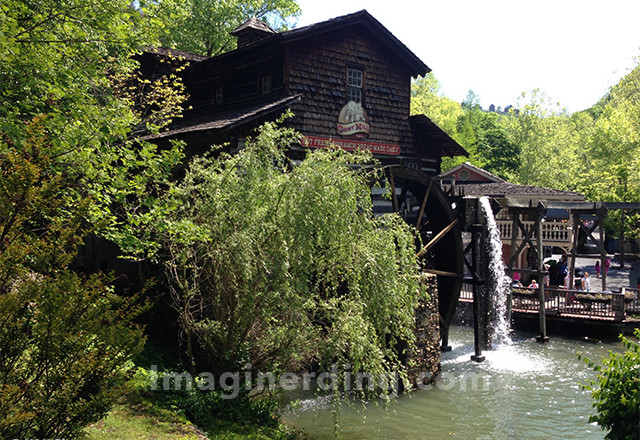 The cinnamon bread really did live up to the hype.

You can buy the homemade cinnamon bread at several places in the park, but it’s just not the same as getting it fresh and warm from the Grist Mill. You can enter the Grist Mill from either Craftsman’s Valley or Owens Farm. If you do forget and find yourself exiting the park without Dollywood’s Cinnamon Bread, then you can check the Sweet Shoppe. 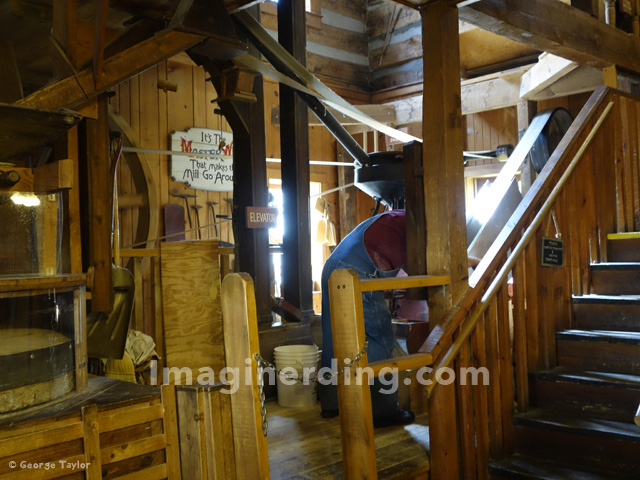 You enter on the ground floor of the Grist Mill from the Craftsman’s Valley side. On your right is the mill and you can occasionally see someone grinding the flour and meal. The Grist Mill was built in 1982 and was the first of its kind built in 100 years. It was also built with an eye towards the 1982 Knoxville World’s Fair, which celebrated the theme, “Energy Turns the World”. Rather appropriate to feature technology from more than 100 years before the fair, especially with international visitors being just 45 minutes away from Silver Dollar City, TN. during the fair’s run. 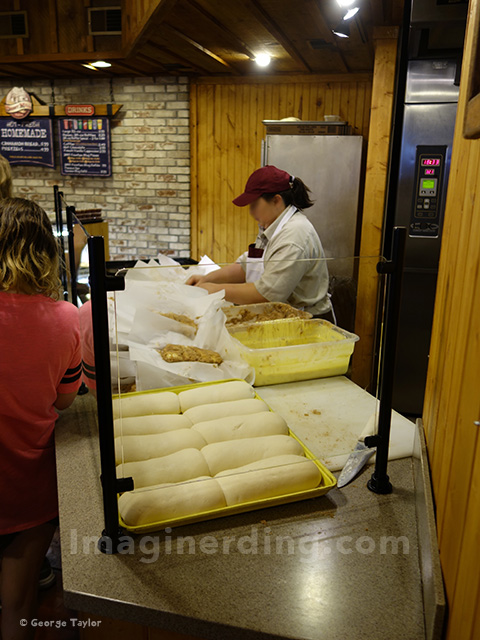 You’ll be greeted by the amazing smell of baking bread and cinnamon. The smell makes it very hard to wait. There were two lines when we entered the mill, with the option of heading upstairs. My eyes were immediately drawn to the trays of bread waiting to be baked. 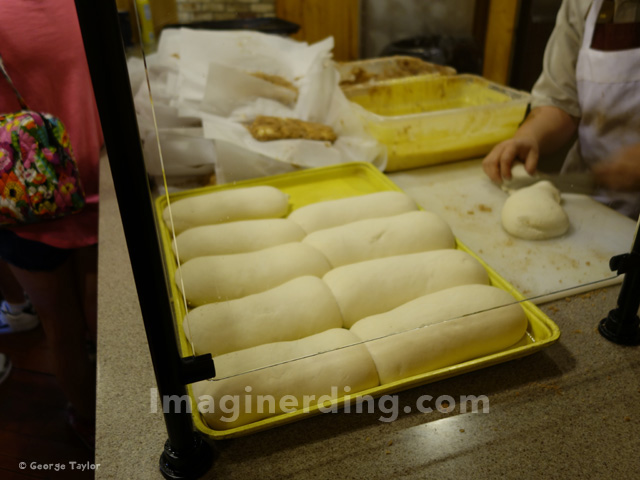 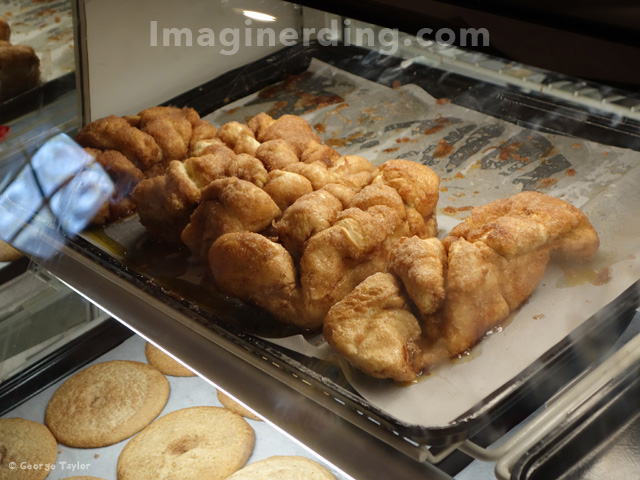 The finished product looks amazing and smells even better! Each roll of Dollywood’s cinnamon bread was about the size of my hand and was enough for four of us to get a good taste but not feel like we overate. 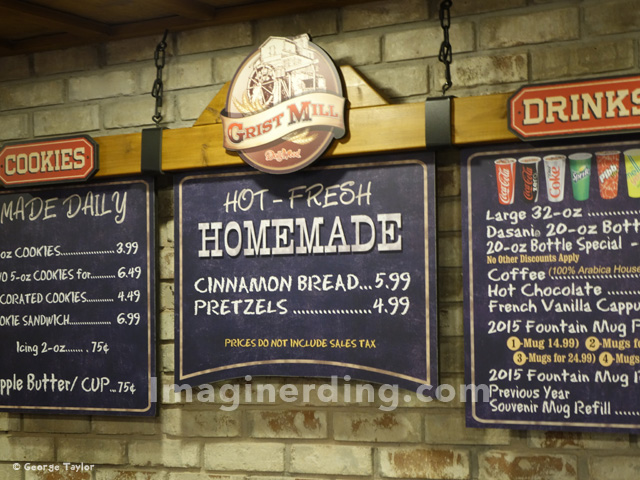 The price for a roll of Dollywood’s cinnamon bread is $5.99 and comes with icing. We did buy additional icing at 75 cents a cup since there were so many of us. Our group of eight was able to share two rolls of cinnamon bread but we should have waited until after supper, since we were all clamoring for more.

So, how come there are no photos of the cinnamon bread that we bought? Well, by the time we all sat down, everyone was raving over it and there wasn’t enough to take a photo of it. It was that good. 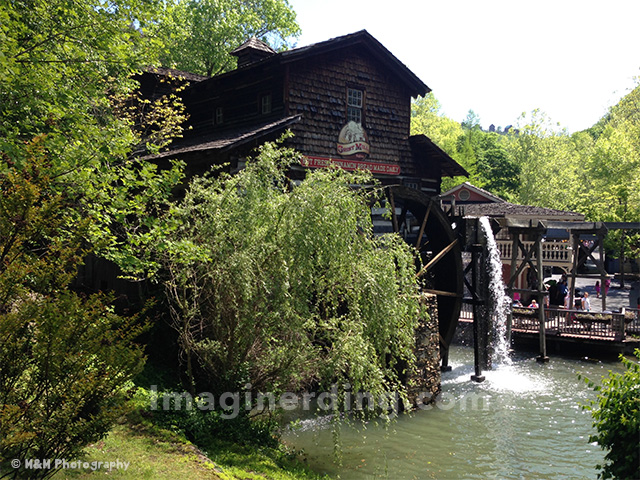 A shot of the Grist Mill. It’s a very picturesque building and I bet it’s hard to get a bad picture of it. I know that I’ll spend more time my during next visit exploring the Grist Mill and enjoying more cinnamon bread!

Have you ever had Dollywood’s Cinnamon Bread? What do you think about it?