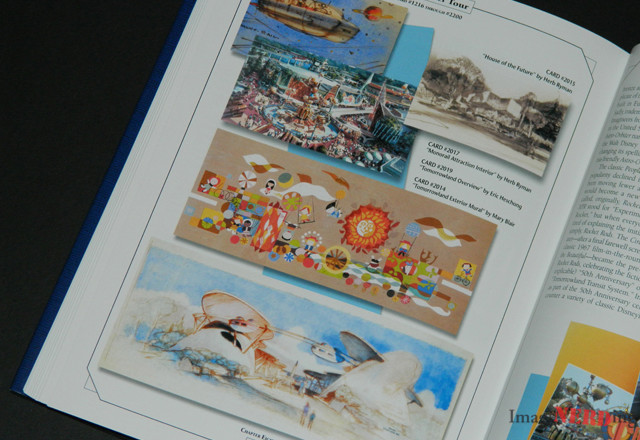 Disneyland the Nickel Tour: A Postcard Journey Through a Half Century of the Happiest Place on Earth Bruce Gordon, David Mumford, Roger Le Roque and Nick Farago. 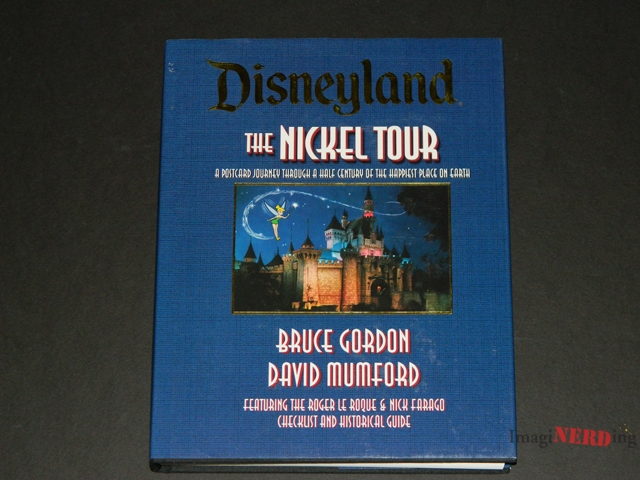 Let me start this review with the following statement: Disneyland the Nickel Tour is the most prized book in my collection.

I have over 1000 Disney-related books and this title, alone, is still one of the best books ever created.

I’ll try not to be too biased. It’s also the most expensive and one of the hardest to come by. In the Afterwords section of Walt’s Time, Bruce explains how Disneyland the Nickel Tour came to be:

We talked to every publisher we could find, and heard the same story, word for word.
No Commercial Potential. No audience. No Market. No Deal.

They put the book together themselves: Scanned all of the cards, did the layout of every page and had it printed in Italy. They lugged the books to every convention and sold them through mail-order.

And guess what: we sold every book we printed.—p. 241, Bruce Gordon, Walt’s Time – From Before to Beyond 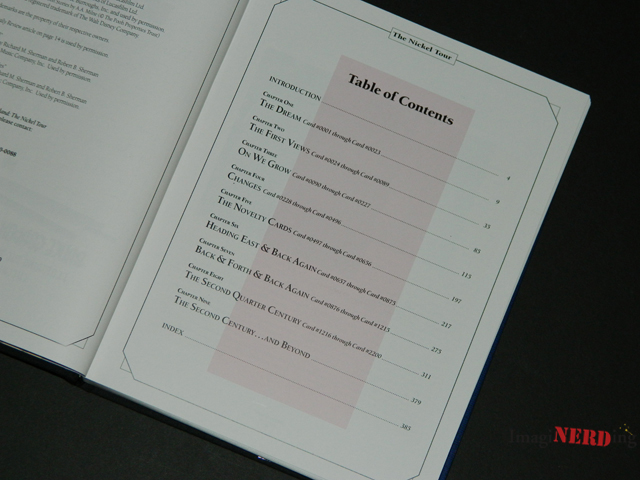 Disneyland the Nickel Tour is an amazing work on so many different levels: the postcard images, the photographs of attractions that weren’t released in postcard form, the historical information and the writing. They begin by sharing pre-opening cards and work their way through the history of Disneyland. One of Gordon and Mumford’s strengths is that they write well and can take something as simple as post cards and turn it into an epic look at a theme park. The writing never gets technical and is always filled with reverence, love and a little remorse. Occasionally, they slip in some humor. It is always fitting and they obvious love word-play. The following paragraph could have been presented as just a litany of facts, but they went a different way with it.

On the left hand side of Main Street, we encounter the Sunkist Citrus House. Long before this view was taken, the Citrus House had actually been two separate stores, one housing “Sunny View Jams and Jellies” and the other housing the “Puffin Bake Shop.” By October of 1958, Disneyland had canned the jam and jelly shop and opened a candy store in its place. It was a sweet deal until June of 1960, when the Puffin Bake Shop went stale. (It seems they just weren’t making enough dough to stay in business.) And even worse, it wasn’t long before everyone was beginning to sour on the candy shop next door. So the two shops were joined together, and in a dedication ceremony held with Walt on July 31, they finally became the home of the Sunkist Citrus Shop. Things were calm until 1990, when the time was ripe to spin around in a circle once more – only to find the Sunkist moving out and the Bakery moving back in! Well, that story certainly had a peel. Orange you glad we wasted all this time? Meanwhile, here’s the scoop on the Carnation Ice Cream parlor: in 1997 they split from their original parlor and (having lost their Carnation along the way) floated into the home of the bakery. Then, with perfect Disneyland logic, the bakery moved into – the ice cream parlor! If that doesn’t get a rise out of you, nothing will!
p. 121 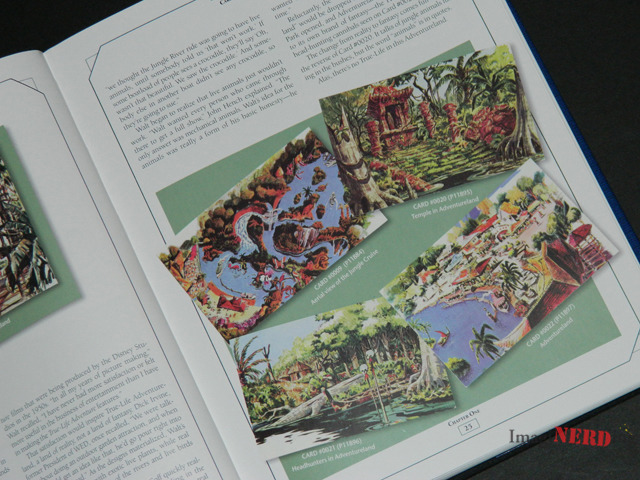 The sense of history that you get from Disneyland the Nickel Tour, through the postcards and photographs, has not been presented in any other form. Besides being a reference work for postcards, it is almost a wish book—one you can flip open to any page and see a favorite or long-gone attraction and dream about visiting or re-experiencing. The images are stellar and your appreciation of postcards as art and history will grow. 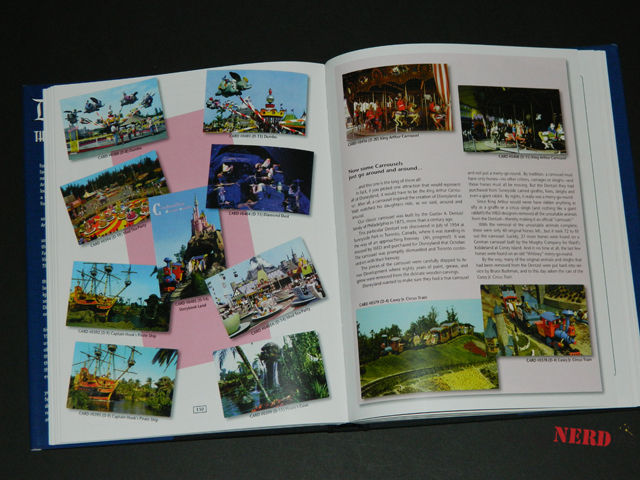 Disneyland the Nickel Tour was obviously a labor of love for Gordon and Mumford. It is hard to stress how important this work is in the Disney Literature. Beside being one of two major historical works about Disneyland, you get a feel for how Disneyland evolved, how Walt plussed the park and how the Disney Company moved forward after Walt. It is the most cherished book in my entire collection. If you are lucky enough to find a copy, get it. I know that many people will dismiss this book because it is about Disneyland, but without Disneyland, there would be no Walt Disney World. The history of Disneyland offers a lot of insight into the growth of Walt Disney World as well.

Have you read Disneyland the Nickel Tour? Are you going to try and hunt this book down?

16 thoughts on “Disneyland The Nickel Tour, a book review”