Is it the best Disneyland book ever?

Walt Disney’s Disneyland, published in 2018, is one of the most important works about Disneyland witten over the past few years. Obviously, The scope of the work captures the breadth of Disneyland in our cultural history and will be an introduction to the long history of the park to many people. 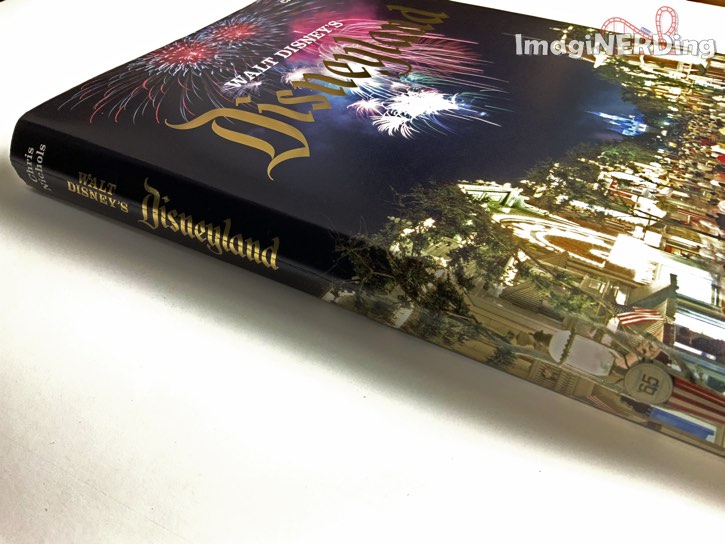 The title goes beyond a 300 plus page book about the world’s most successful theme park. There is so much detailed about the growth of the park and the development of themed entertainment through the lens, or ears, of Disneyland. 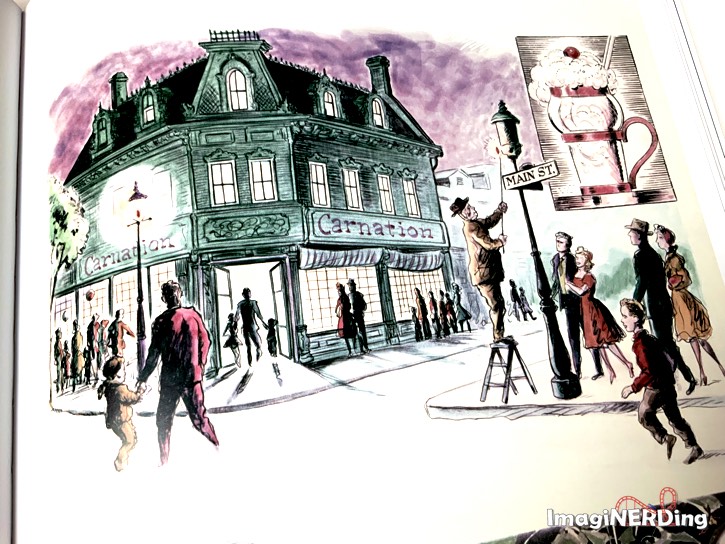 But that’s not why you’re going to buy this book.

What is Walt Disney’s Disneyland?

Nichol’s tome is a loving look at Disneyland through the career of its namesake. It’s a history book that takes a very deep dive into the development of the idea of Disneyland and its first 11 years. Over 60 percent of the book is dedicated to Disneyland under Walt’s direction. The final 100 pages take a very quick flight through the most recent 52 years post-Walt. 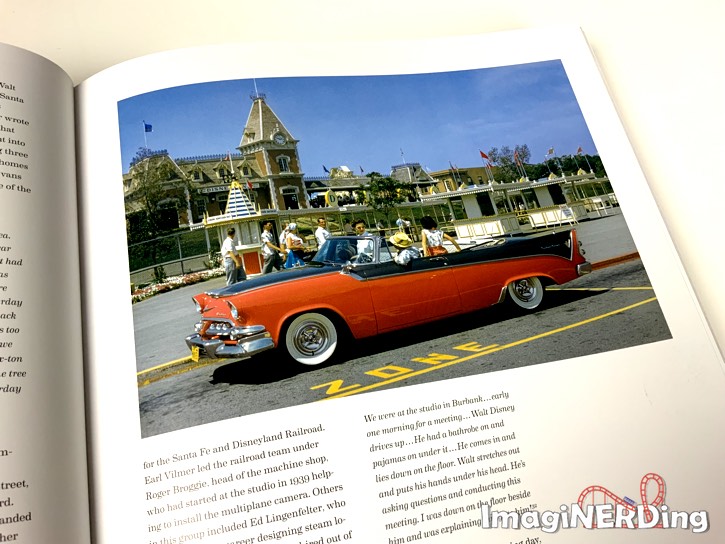 Walt Disney’s Disneyland is the prominent book about the Southern California theme park. It’s the best title that you can buy right now. But like almost all other books about Disneyland, it is the direct descendent of Disneyland: Inside Story by Randy Bright and The Nickel Tour by Gordon and Mumford. Sadly, both of those astounding titles are out-of-print and very expensive on the second-hand market. If you want to read the overarching history of Disneyland, then you won’t find a better book than Walt Disney’s Disneyland. The book avoids being a dense litany of facts by telling the story of Walt and his park and covers most of the major developments of the theme park. Some attractions feel like they were given a cursory glance, but there is a lot to cover for 300 pages. Similar to Jeff Kurrti’s Since the World Began, there is a lot to relate and not enough pages. 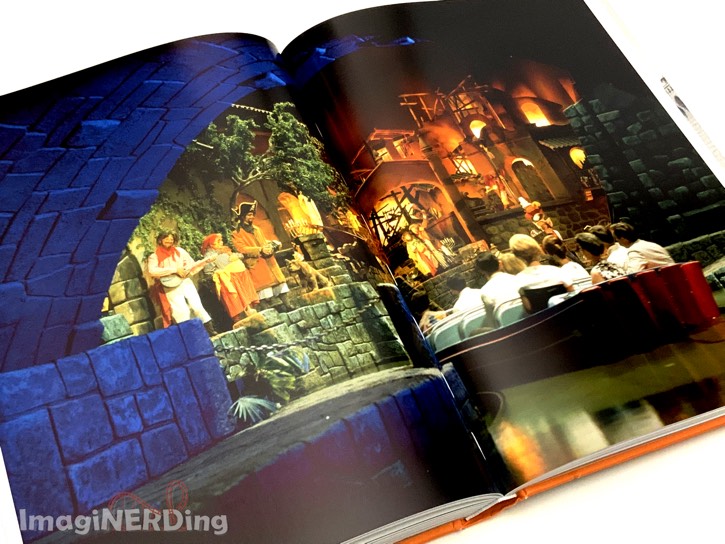 The large format of the book lends itself well to the photographic treasures. Disneyland is one of the most photographed places in the world and there were still a handful pf photos that I had never seen before. Nichol’s takes advantage of the large format of the book to display many photos across the fold. Just be careful not to drool on the pages! 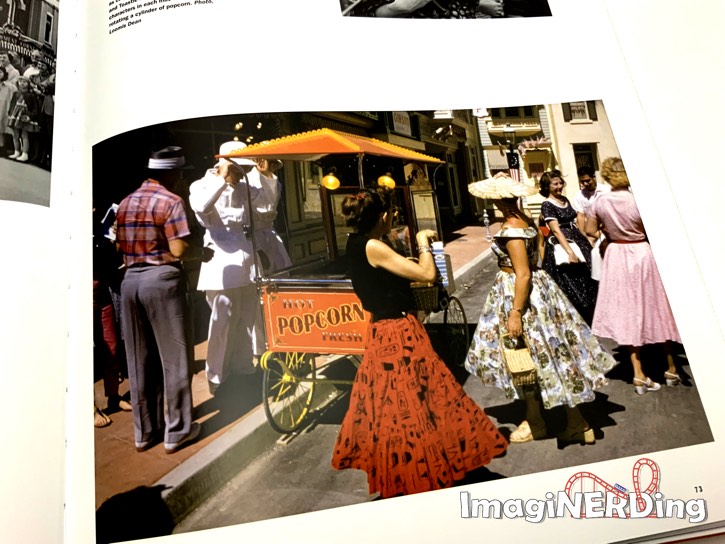 Is Walt Disney’s Disneyland Worth the Price?

If you’re familiar with Taschen, the publisher, then you know they publish high quality books. Nichol’s title is no different. It’s a lavish look at Disneyland’s history with an emphasis on the design, building of and first eleven years. 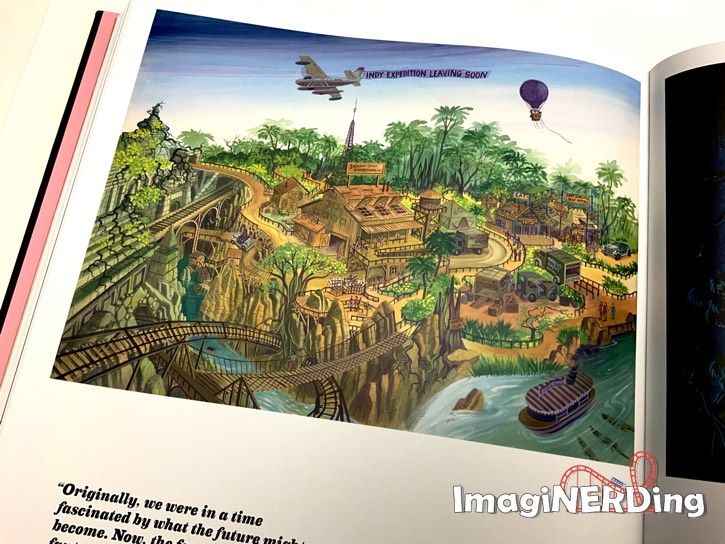 If you own Disneyland: inside Story and The Nickel Tour, then you won’t find anything new, except a smattering of photos. Of course, if you own the Bright and Gordon/Mumford books, then you’re going to own this one, too. If you don’t have those books, then Walt Disney’s Disneyland is a must-have title. You will not find a more complete history of Disneyland anywhere else!

Check out My Video Preview of the Book:

Are You Going to Buy This Disneyland Book?

One thought on “Walt Disney’s Disneyland by Chris Nichols, a book review”