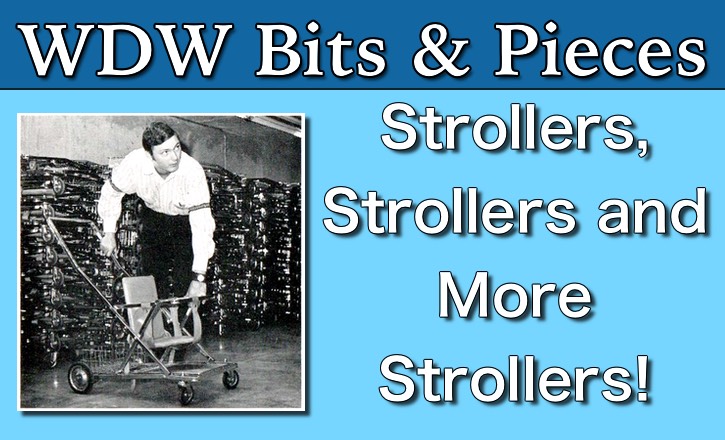 Vintage Strollers at the Magic Kingdom!

Apparently, strollers have always been a need at the Magic Kingdom, even during the first few years. In the July 29, 1972 Eyes & Ears Cast Member Newsletter, we meet Mark Meyers of the Magic Kingdom stroller shop. 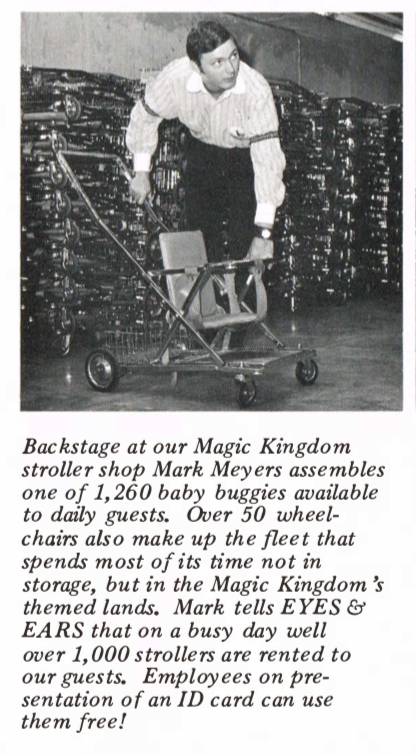 Backstage at our Magic Kingdom stroller shop Mark Meyers assembles one of 1,260 baby buggies available to daily guests. Over 50 wheel­chairs also make up the fleet that spends most of its time not in storage, but in the Magic Kingdom’s themed lands. Mark tells EYES & EARS that on a busy day well over 1,000 strollers are rented to our guests. Employees on pre­sentation ofan ID card can use them free!

75 cents in 1972 is equivalent to $4.68 today. Inflation has not kept up with the actual price of strollers!

In this image from 1985, you cal see that the strollers have not changes, except for the addition of the small canopy. Isn’t it neat to see the Universe of Energy sign and the mirrored tiles of the front of the building?

The 1974 Disney Productions Annual Report has a photo of a stroller in action on the second-to-last-page of the report.

Where Was The Magic Kingdom Stroller Shop?

The same 1973 WDW News has a map of the Magic Kingdom which shows the location of the stroller shop. It was located just inside the turnstiles on the righthand side, just before heading into the park under the railroad. 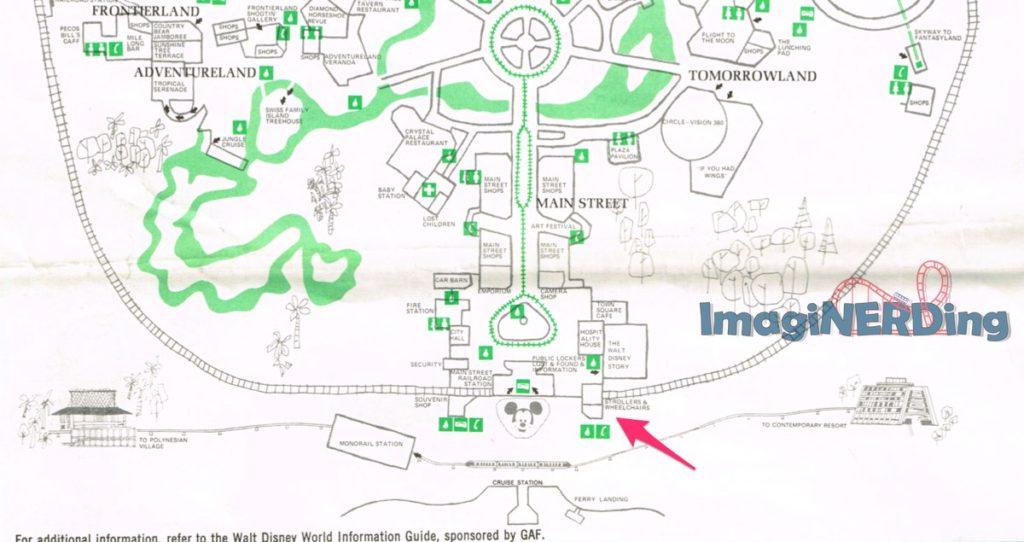 Currently, you can rent strollers at the Magic Kingdom under the Walt Disney World Railroad Station.

Do You Remember these older strollers from the Magic Kingdom?

Want a Fantastic Book About the First Few Years of Walt Disney World?