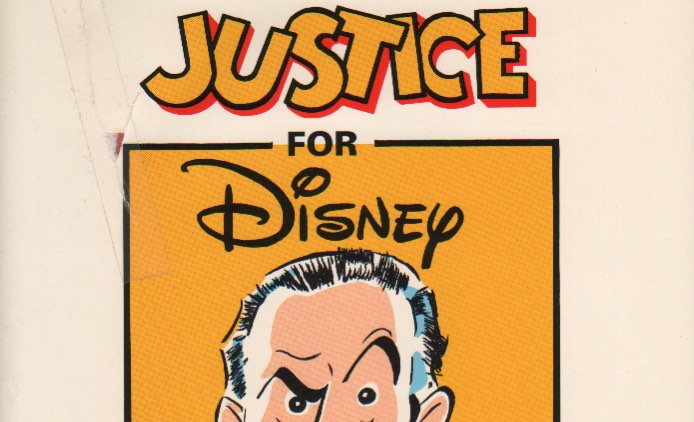 Justice for Disney, a Book Review

Justice for Disney is a one-of-a-kind look at a 40 year career with Disney from a man who worked with Walt Disney and held some very influential positions. This might be one of the hardest books to get your hands on!

Imagine being able to sit down with a Disney Legend as he recounts some of his favorite memories about animating films, creating some amazing theme park attractions and working for Walt Disney. Bill Justice penned his memoir in 1992 with a limited run of 1000 signed copies. This is one rarest Disney-related books that I own. 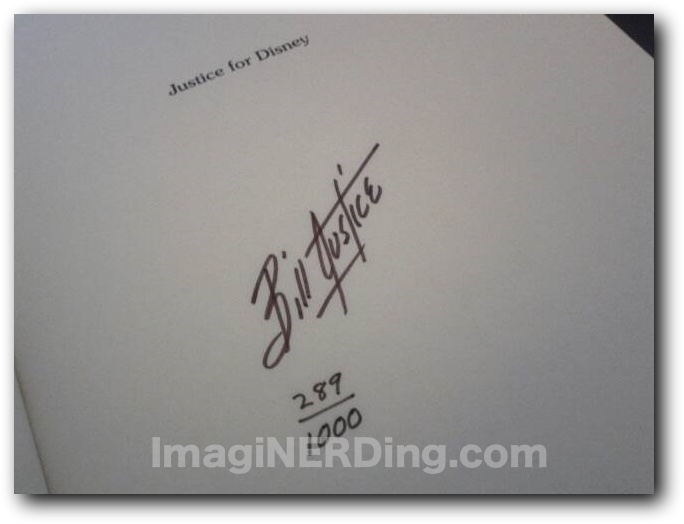 Justice summarizes the book in the preface:

This is the story of a very lucky fellow from Indiana who was able to find a job he loved. Not everyone can locate an outlet for their talents. Fortunately, I did in the Disney organization. Over the years I was given many challenging assignments as an animator, director, and Imagineer. I don’t know of anyone else who worked for Walt Disney who had the opportunity to do as many different jobs.

We meet Bill Justice while he is working at an ice company in Indiana when he answered an ad for Disney animators. After being offered a training position, he made his way to California with his new wife to take a chance with Disney. July 12, 1937 was his first day at the Studios. Over the course of the memoir, we follow Justice as he moves from animator to director to Imagineer. It is interesting to note that Justice never wanted to move past being an animator but found Walt Disney pushing him into other careers in the studio. It was obvious that Walt saw the talents that Justice possessed and wanted to make the best use of them. 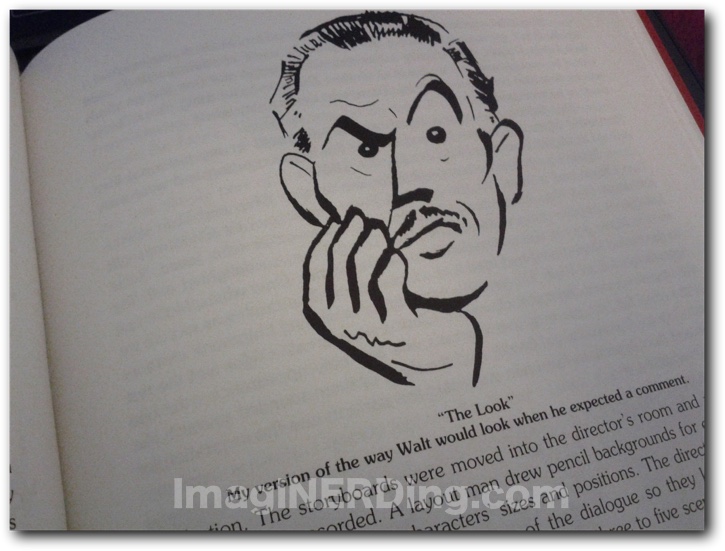 The book is told chronologically and offers something for everyone, whether you love animation or theme parks (or both). As with most memoirs, each story or situation needs to be taken with a grain of salt. There are anecdotes that have been corroborated by other employees but there are many that were published for the first time. Regardless, it is an enthralling read that will leave you amazed at the life he led. Justice illustrates most of the stories with his own drawings which lends an exceptional and personal feel to the book. Without an exact count, Justice offers at least one illustration per page along with publicity stills and personal photographs.

It was fascinating to read the stories and to imagine what it was like to visit Walt Disney World before construction or to work on developing the control system for animatronics. Not to mention working on the animated films from the classic period or creating Chip an’ Dale with Jack Hannah. In the early days of the Studio, Justice discusses when Walt brought in efficiency experts to help save money:

After about three weeks [the efficiency experts] reported their findings to Walt: If he eliminated Donald Duck’s nostrils, the buttons on his coat, and one of his three nephews, he could save a lot of money. Walt’s reply was swift and to the point: “Goodbye.”

It is hard to imagine experiencing everything that Justice did. Justice stays well on the happy side of Disney–he never waltzes into negative territory about his time at the Studios or with WED. His approach is fairly jocular, which is evidenced by the anecdotes he chooses to share, and you won’t find any skeletons hiding in these closets. 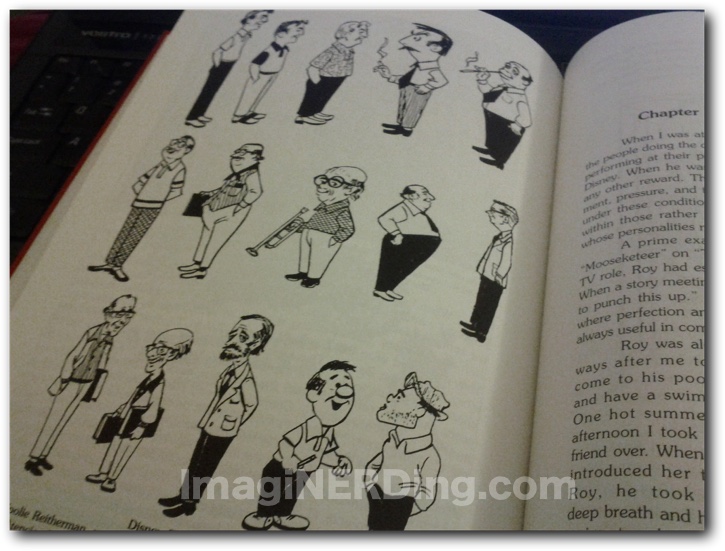 This is an amazing book that details a Disney Legend’s career through his eyes. If you are a fan of the Disney Studios or the early animatronic attractions at Disneyland and the Magic Kingdom, then you need to find a copy of this book. Since it was a limited run of 1000 signed copies, this book might be harder to find than the Nickel Tour or Disneyland Paris: From Sketch to Reality.

Have you read Justice for Disney?

2 thoughts on “Justice for Disney, a Book Review”