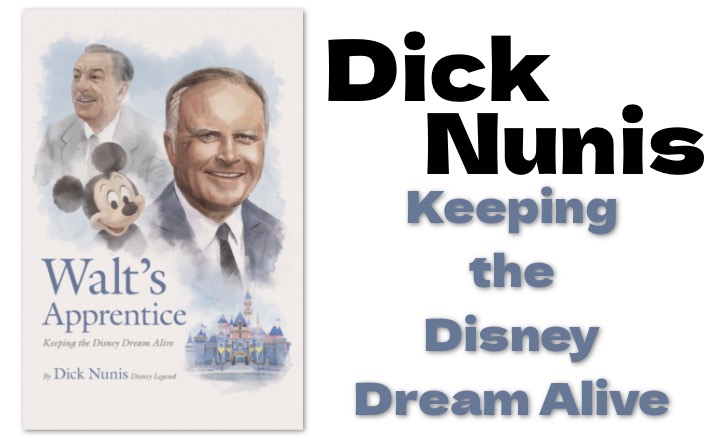 For Disney theme park fans, Dick Nunis should be a household name.

Although he retired more than 20 years ago, his influence can still be felt today, even though it is waning. Walt’s Apprentice: Keeping the Disney Dream Alive is the latest release from Disney Editions, but is it everything we’ve ever hoped for from Dick Nunis after all of these years?

Who is Dick Nunis?

Nunis started his Disney career shortly before the opening of Disneyland and retired 44 years later as chairman of Walt Disney Attractions (in short: over all Disney theme parks). In between, Nunis worked many roles at Disneyland, from trainer to Jungle Cruise supervisor to vice-president of operations. In 1971, Nunis was named executive vice president of Walt Disney World and Disneyland as he oversaw WDW’s nascent operations. Over the ensuing years, he spent the bulk of his career leading Disney Parks worldwide, instilling Walt’s vision with every interaction.

Since his retirement in 1999, Nunis has been relatively quiet about his time at Disney. He didn’t respond to many interview requests and was never part of the official and unofficial Disney meets. That he has worked with Disney to publish his memoirs is something that Disney historians have been rejoicing.

Why is Dick Nunis’ Book Important?

Nunis retired more than 20 years ago, and you might question the value of ruminating on keeping Walt’s dream alive. Do people still care about Walt Disney and his views on guest service? What could Nunis bring to the table that would arouse interest?

Honestly, I wasn’t sure what I would find when I cracked Nunis’ book wide open. Would he be bitter? (Always the rumor.) Would he be angry about the parks? Would Nunis dish on long-gone Imagineers? (Operations always clashed with Creative.) In a memoir from another Disney legend, he painted Nunis as an angry and uptight troll who only thought about operations and the guest experience. Nunis surprised me by describing his battles with creatives as a tugging match that culminated in a better guest experience regardless of the arguments. There was no malice or hatred towards anyone he worked with.

Walt’s Apprentice is important because Nunis shares a world that was still heavily influenced by Walt Disney’s desire to please the guest. Nunis learned at the feet of the master and, for lack of a better phrase, enforced the vision throughout his career. As you read the book, Nunis shares stories of why he was known as SOB#1, but the underlying principle was that the guest was always the top priority. I admit, wistfully, that the good old days really might have been the good old days at Disney Parks. Compared to the management of today squeezing every dime out of guests, Nunis’ focus was the guest, regardless.

Why Should I Read Walt’s Apprentice?

The book has four acts, with each act full of tiny chapters that flow in chronological order. After each chapter, Nunis shares a nugget of knowledge about his time at Disney and beyond. So, it’s not quite a full memoir, and it’s not quite a business book. Walt’s Apprentice sits somewhere in between, and Dick takes us quickly through his life, his time with Walt, and his time after Walt.

There’s nothing revelatory in this book and I liken it to a James Patterson novel; the short chapters will make this book accessible to the non-Disney researchers and historians. The average Disney fan will enjoy this book and feel satisfied reading it. That being said, it doesn’t have the panache of other Disney memoir titles (the Kevin Rafferty book is so well written), and sort of feels like a conversation with Dick Nunis. He was a no-nonsense manager in his work and this translates into his book. 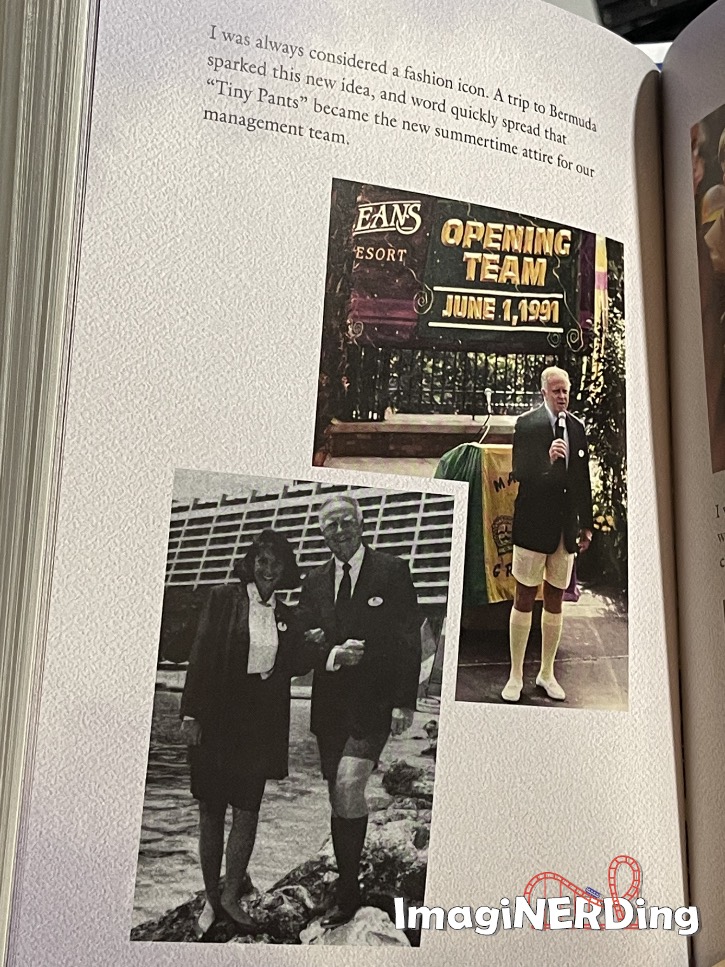 The book offers a tremendous number of bite-size anecdotes that will surprise most Walt Disney World fans. Disney researchers and historians will treat this memoir as a primary source and can use it to back up the numerous Nunis tall tales over the years. As a caveat, this is Nunis’ recounting and there really isn’t anyone to deny his side of the story. But, it’s in print, and most people tend to believe what they read with no thought to the veracity of the words.

Is Dick’s book going to make a difference in the company or with the Disney fans? Probably not.

Is Dick Nunis’ Book Worth Buying?

Disney historians will need to add this to their collection. There aren’t enough memoirs about the construction and early years of Walt Disney World, especially from the viewpoint of someone who was a first generation Walt Disney employee. I hope that a title like this will attract the average Disney fan and compel learning more about Disney history. I can always be hopeful.

Made it through the review without mentioning his pants.  Oops.

Are You Going to Pick Up Walt’s Apprentice?

FTC Disclosure: the publisher provided a copy for this review. This post contains affiliate links, so ImagiNERDing receives a percentage of sales purchased through links on this site. Thank you for your support!