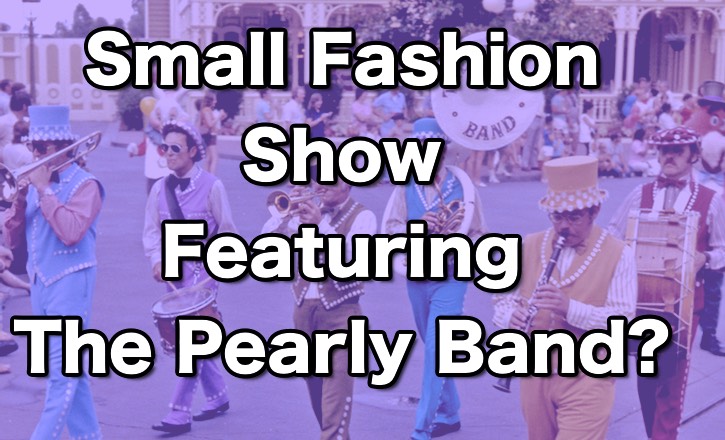 Small Fashion-a-tions at the Contemporary Resort

The May 13, 1972, Eyes & Ears cast newsletter had a blurb about a fashion show for the employees and families, featuring employee’s children. This is another one of those odd moments from Walt Disney World history. 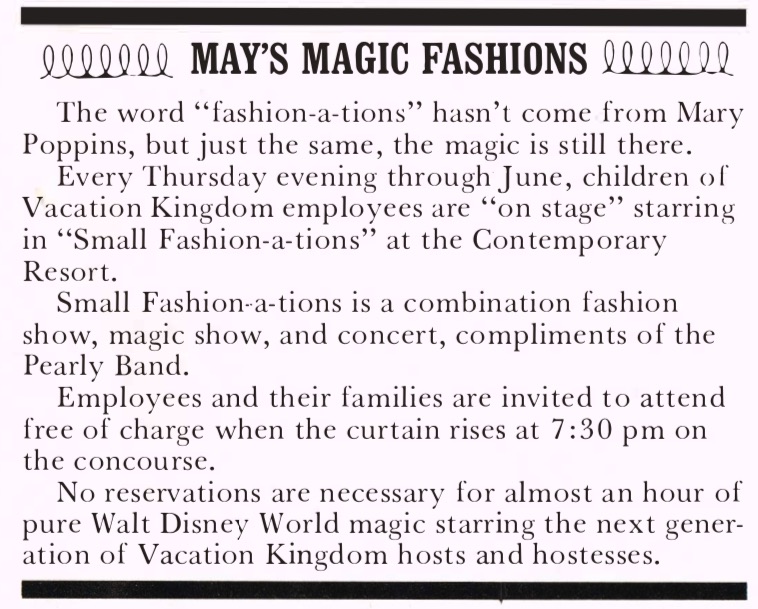 The word “fashion-a-tions” hasn’t come from Mary Poppins, but just the same, the magic is still there.

Every Thursday evening through June, children of Vacation Kingdom employees are “on stage” starring in “Small Fashion-a-tions” at the Contemporary Resort.
Small Fashion-a-tions is a combination fashion show, magic show, and concert, compliments of the Pearly Band.

Employees and their families are invited to attend free of charge when the curtain rises at 7:30 pm on the concourse.

No reservations are necessary for almost an hour of pure Walt Disney World magic starring the next gener­ ation of Vacation Kingdom hosts and hostesses.

The Pearly Band was a live entertainment group that spent most of their time in Fantasyland before the opening of EPCOT Center (a new group at Epcot would be called the Pearly Kings and Queens). During the mid-1970s, they could be found on Main Street, the Plaza Pavilion and Tomorrowland. 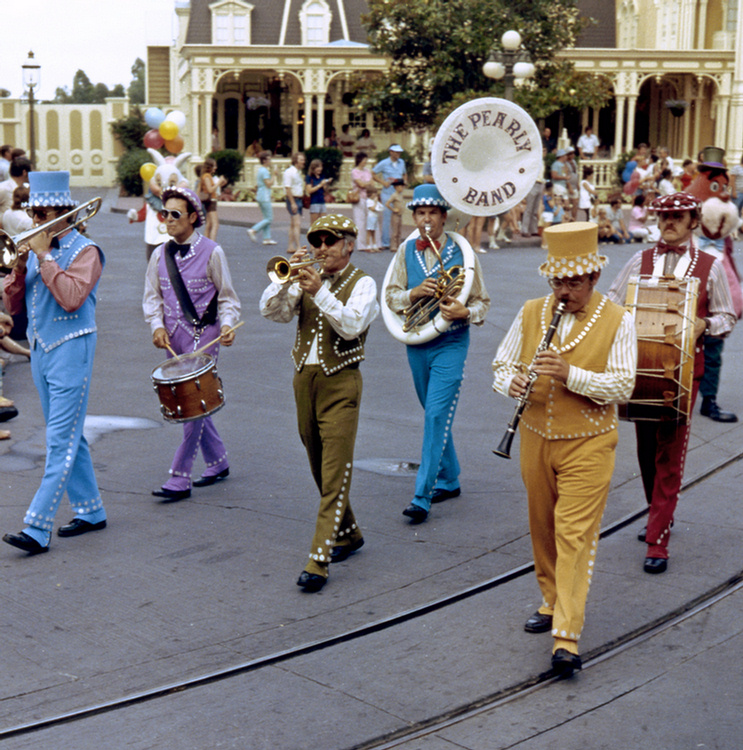 The piece also mentions that the show will take place at the concourse of the Contemporary Resort. This refers to the Grand Canyon Concourse, which s the large open floor area that currently houses Chef Mickey’s and the Fantasia Market. I found the following photos of the Concourse area on RetroWDW.

This image is courtesy of Bill Cotter of WorldsFairPhotos. Bill has an incredible trove of photos of Disney and the World’s Fairs.

I am assuming the fashion show took place in the area with the shops, since clearing out all of the tables and chairs during the busy dinner hour makes little sense. 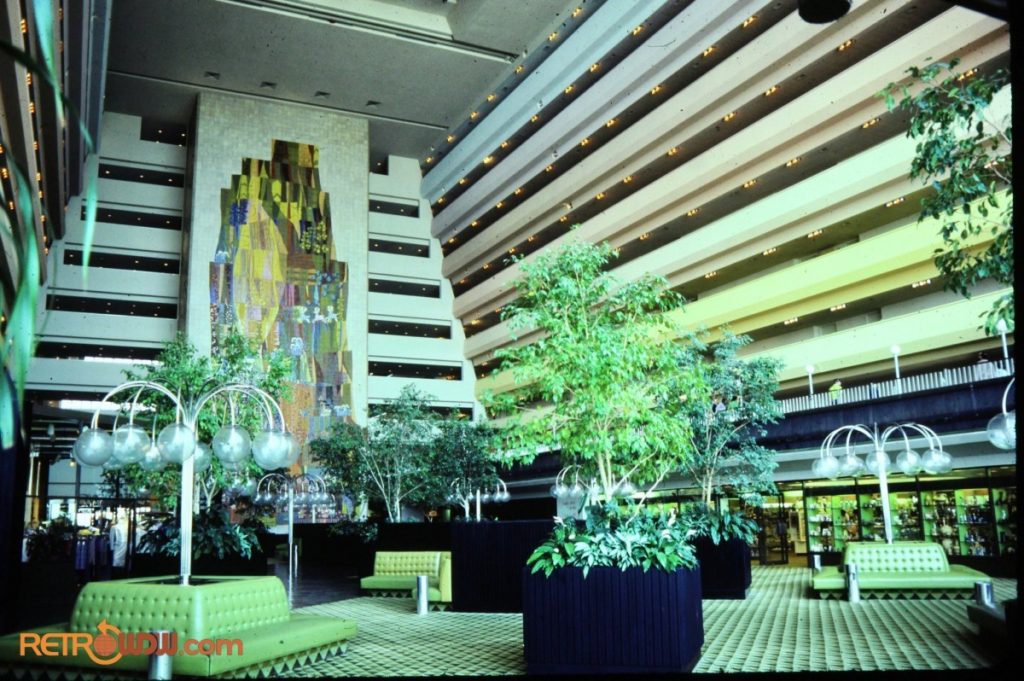 But Why at the Contemporary?

During the 1970s, Disney was dealing with multiple issues, including promotion of the shops and restaurants at the resorts. They also had to deal with a disparate staff that was working in a whole new world, so to speak. Disney spent a lot of time and effort in the first decade finding ways of entertaining and bringing the the staff together. With the shops at the Contemporary Resort, this also afforded an opportunity to promote The Fantasias Shop, which featured clothes and toys for children.

Shops at the Contemporary Resort

Here is a list and description of the shops that were open during the first years of the Contemporary Resort.

Do you know anything about the fashion show? Or where they might have held it?