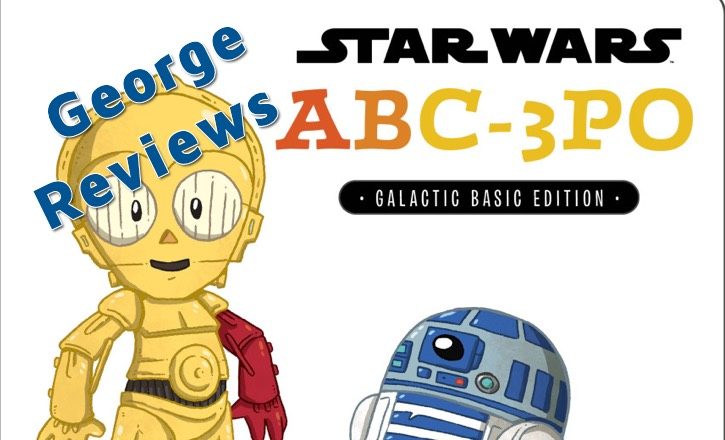 This book review might need to be censored for overall cuteness. The book I’m reviewing is Star Wars ABC-3PO: Galactic Basic Edition. 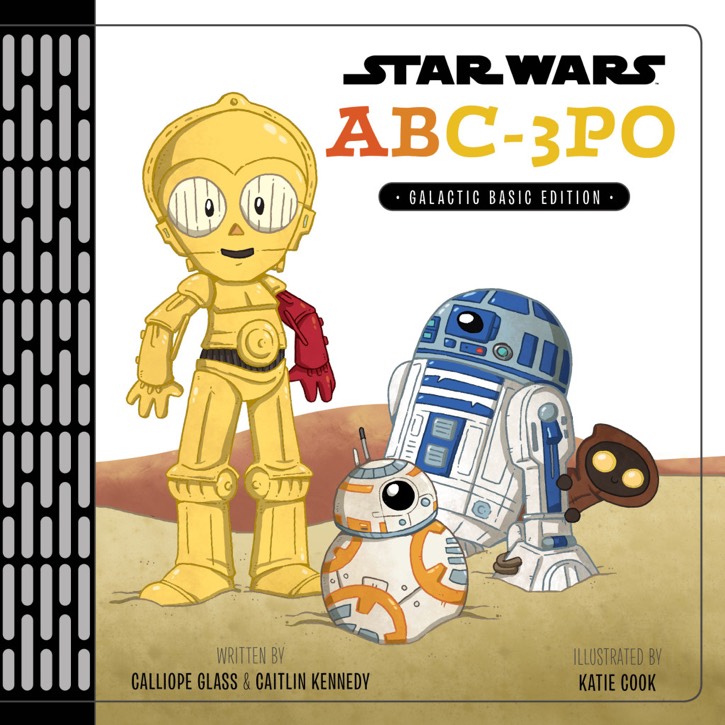 Experience the ABC’s like never before
With galactic friends who are hardly a bore.
From Akbar to Zeb, this nice little primer
Will teach you and make you an excellent rhymer.
So, Padawans, prepare, get ready, get set
To learn the ways of the Force–and the alphabet!

The book takes all 26 letters of the alphabet and offers a two-page spread for each letter. Each one focuses on a specific character (or two, like the L page). There’s an adorable poem that talks about the character and really shows some insight into the Star Wars universe.

Plus, fans of the movies and Star Wars Rebels are going to find characters they love. The designs of the characters are reminiscent of Mary Blair. Katie Cook, the illustrator, even managed to make Jabba the Hutt look adorable…as he’s getting choked by Princess Leia.

Each page features the Aurebesh script, so you can teach your youngling Galactic Basic! I chuckled while reading so many of the entries, especially the two featuring Kylo Ren and the Stormtroopers. It seems as if those poor stormtroopers are never going to catch a break.

Have you read Star Wars ABC-3PO? What do you think about this Star Wars picture book?

FTC Disclosure: A copy was provided by Disney Publishing Worldwide for the purpose of this review. This post contains affiliate links, which means that ImagiNERDing receives a percentage of sales purchased through links on this site.