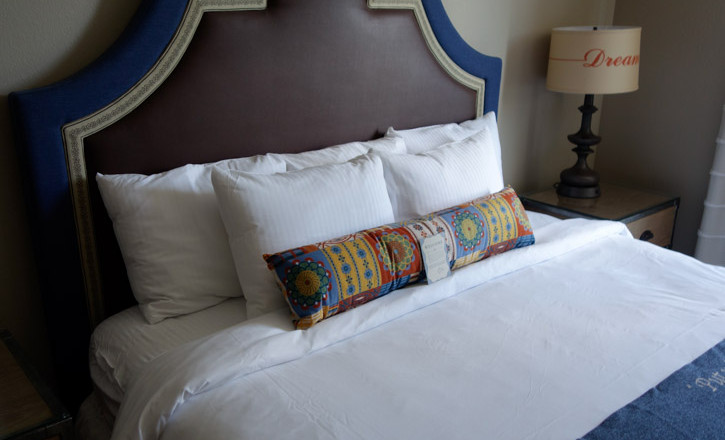 I had the chance to experience the Dollywood DreamMore Resort rooms during a media event. Check out my posts about the resort:

Let’s take a look at the beds, amenities and bathroom of the DreamMore Resort! 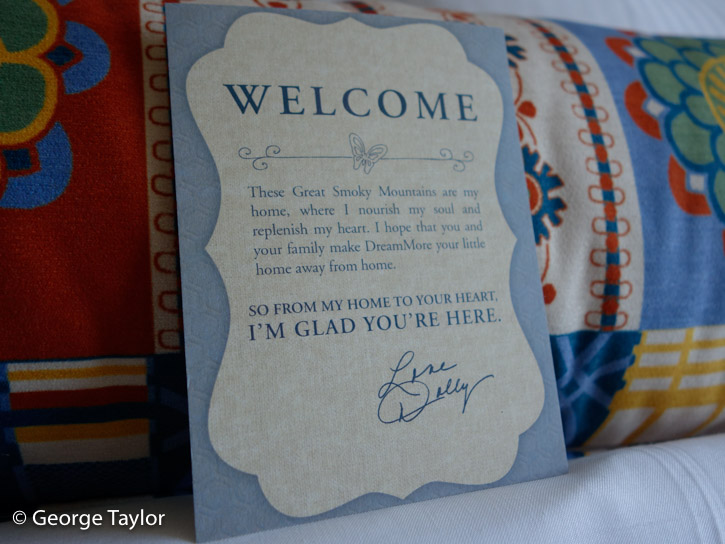 During the media event, I was able to stay in a room with a king size bed and a bunk bed. It looks like a perfect room for family with two kids. The bed was very big and extremely comfortable. After a long (and fun) day at Dollywood, it was great to fall into the comfy bed and get a great night’s sleep! There’s a beautiful welcome message from Dolly Parton on the decorative pillow. 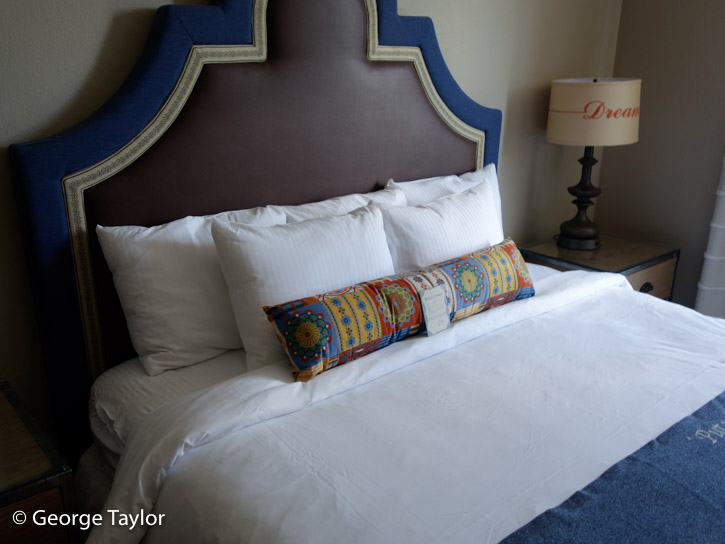 The colors of the room were warm and subdued; it felt very welcoming and relaxing. Seriously, that bed was really comfortable! 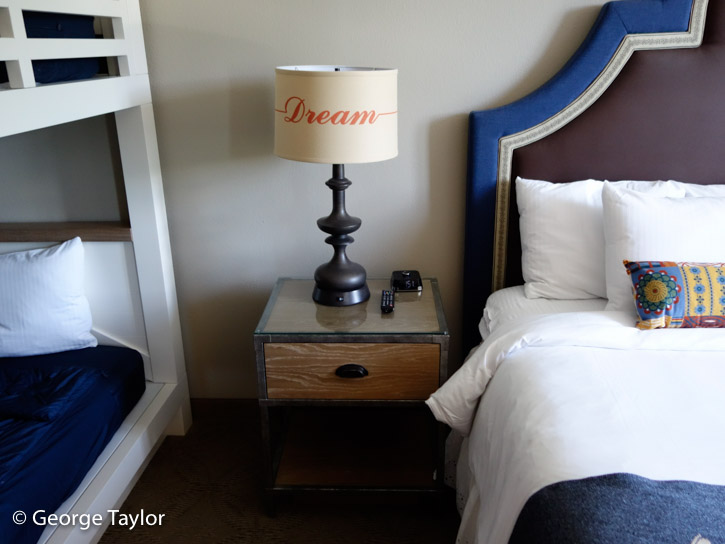 It was also the little touches, which you’ll see throughout this review, that helped make the room that much better. For example, the bedside alarm clock had two USB inputs and to power plugs. I didn’t need to get out my travel extension cord! 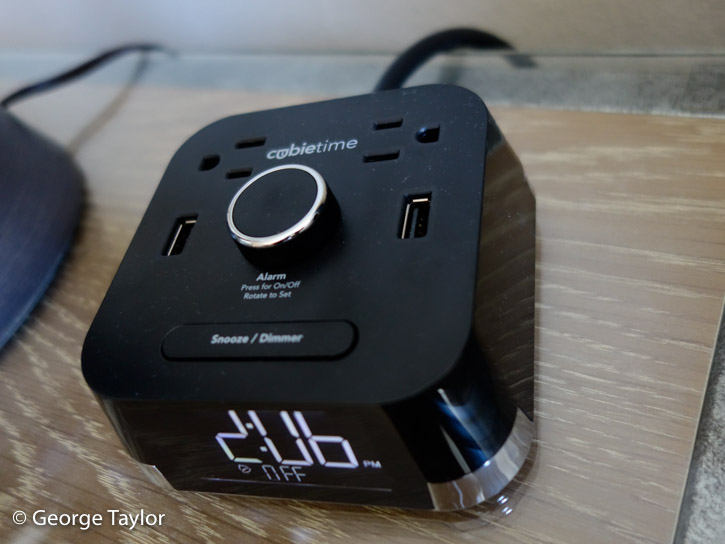 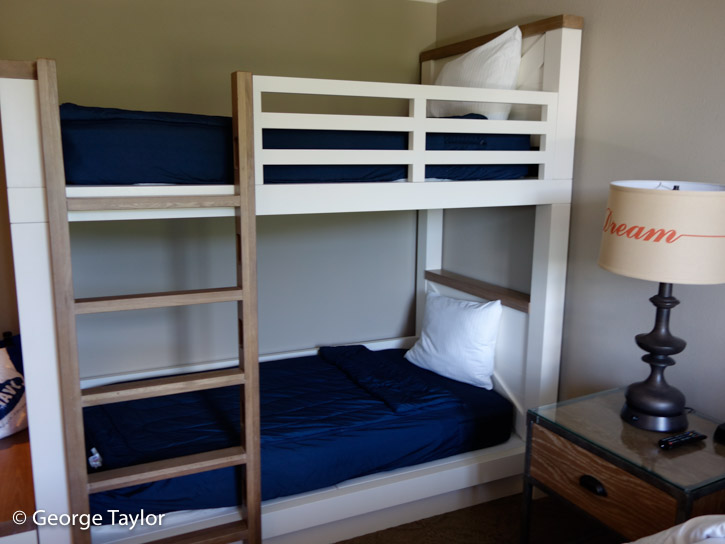 I was glad to stay in the rooms with the bunkbeds to see the layout and how they worked. What I really liked about the bunkbeds was the special sheet system that functioned like a sleeping bag! No blankets to keep up with and the kids can feel like they’re camping outside. 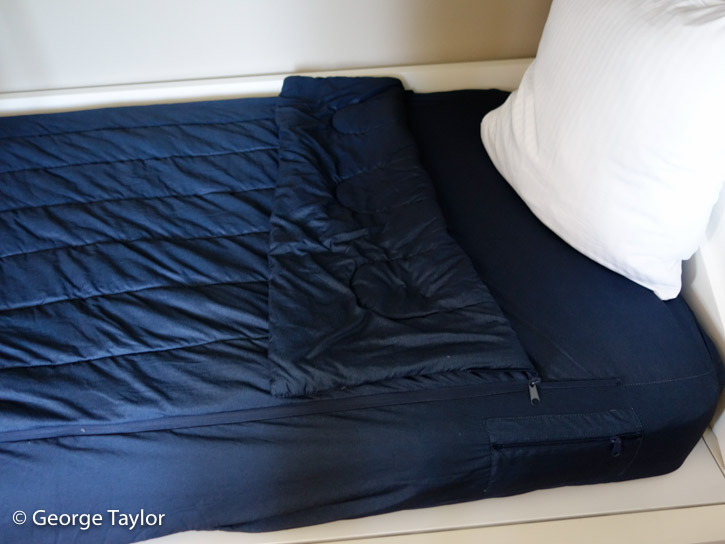 See! It looks like a sleeping bag, but it’s really a sheet/blanket combo. I want one of these for my bed at home!

I would compare Dollywood’s DreamMore Resort to Disney’s Wilderness Lodge or Disney’s Animal Kingdom Lodge. It’s a deluxe resort that offers a lot of amiantus, inside the room and out! 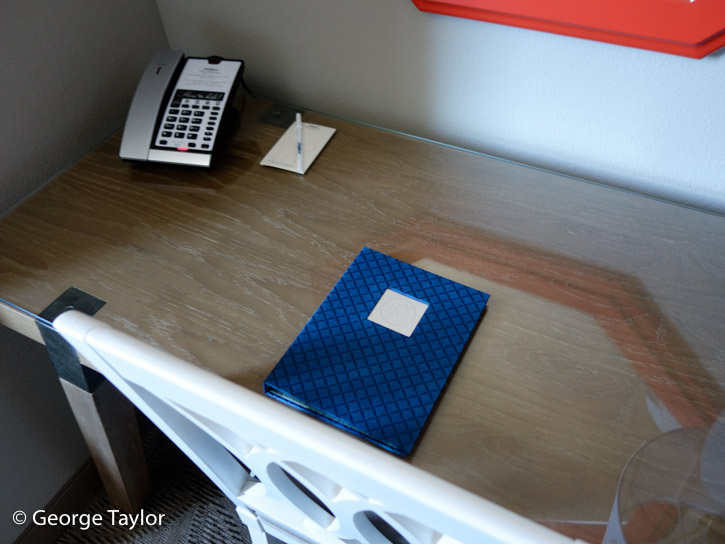 There’s a desk for writing or using a laptop. I was surprised to see that the hotel phone was actually cordless! 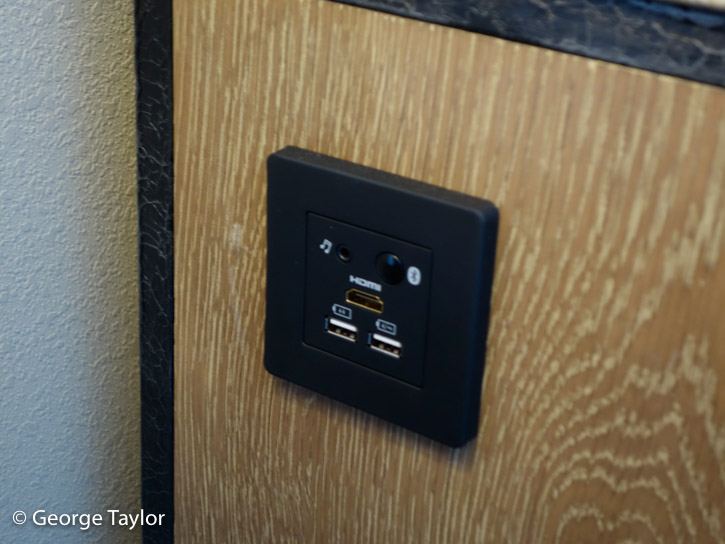 On the desk side of the armoire was an input panel. I didn’t get to test it out, but there were two USB connections and an HDMI connection. I’m assuming that you could watch Netflix or YouTube on the television by using your laptop. There was also a headphone jack and a bluetooth connection button. I guess you could stream music to the television?

Regardless, it was a very cool addition. 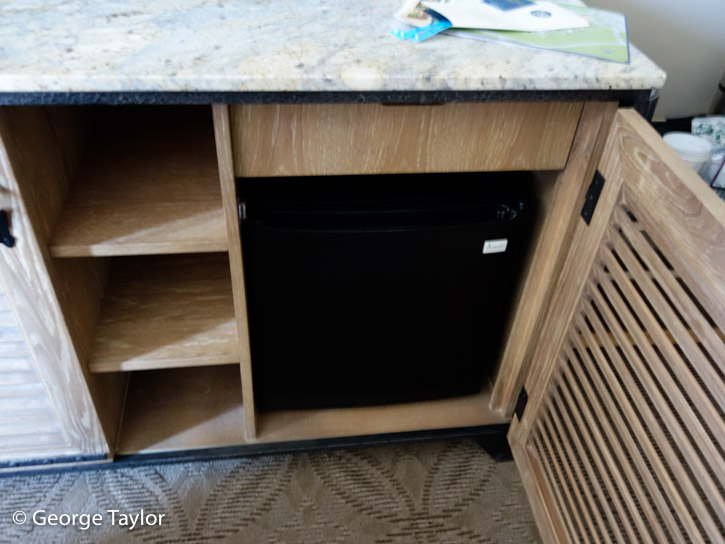 The armoire/dresser has a marble countertop and plenty of storage space, even with a small refrigerator and room safe. 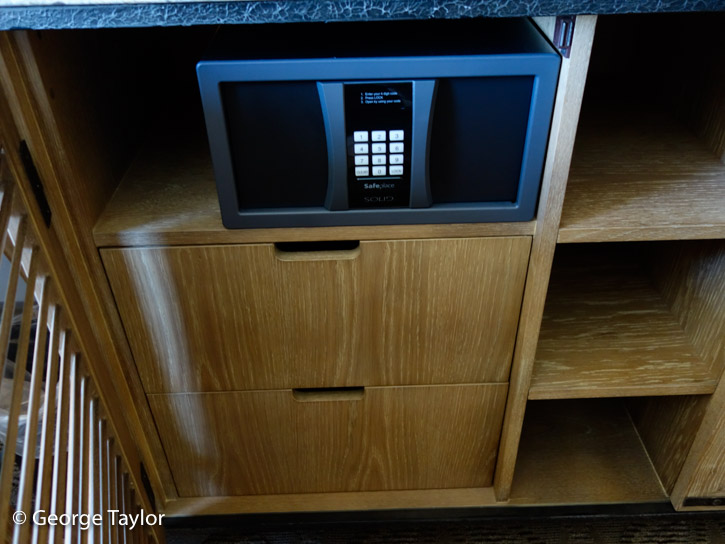 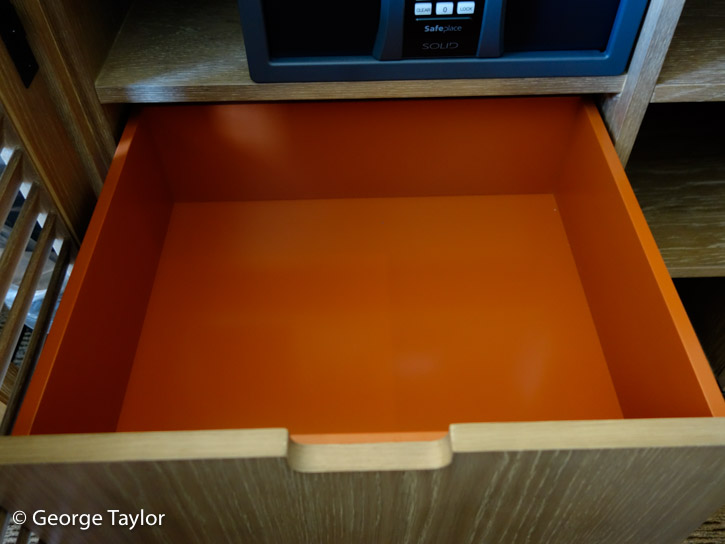 The drawers were self-closing (very cool) and the orange color would make it easy to make sure you’ve packed everything. 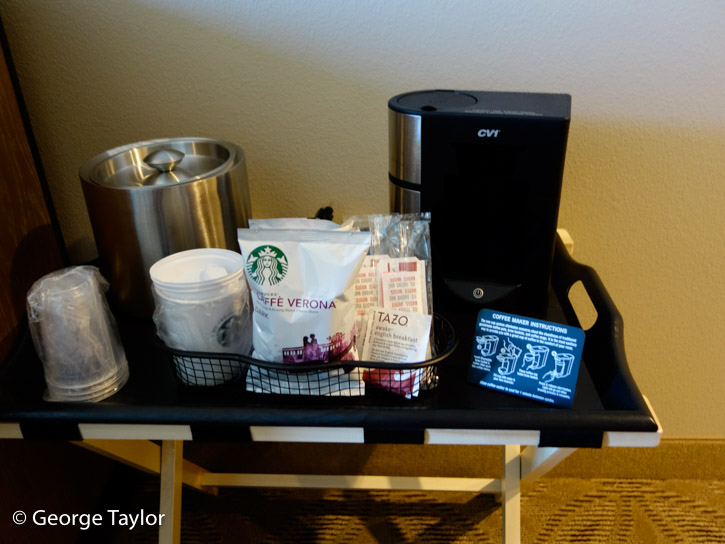 Coffee and tea was available. It was on a moveable tray, which was a nice touch. 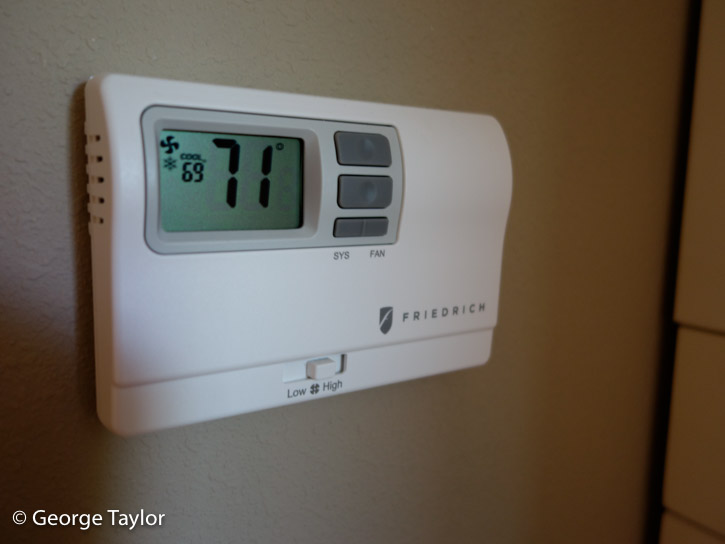 The thermostat was located next to the wall and was fairly simple to operate. 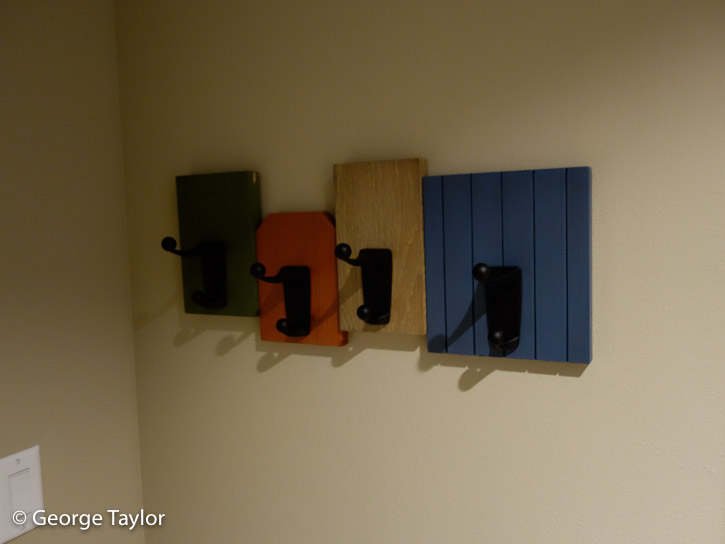 Right by the door was several hooks to hang jackets or bags. It added a very nice and colorful touch to the entryway. 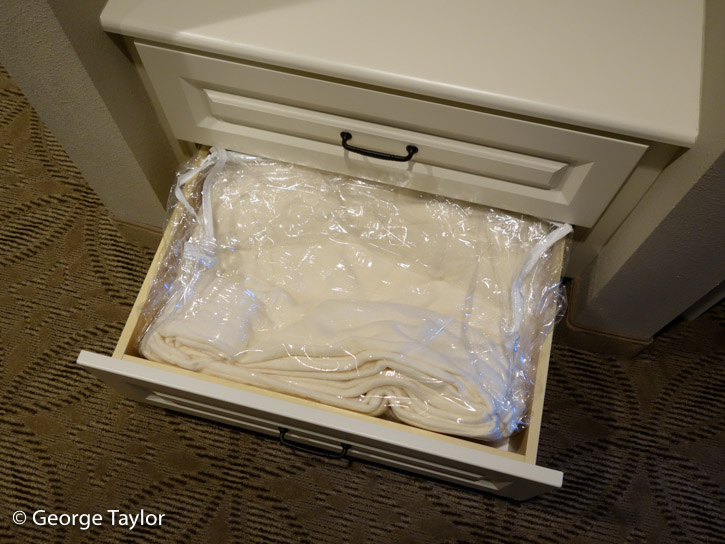 There was a small dresser between the bathroom and the bedroom area that held an extra blanket and pillow. It was also a good place to store luggage!

Of course, I had to include images from the bathroom. 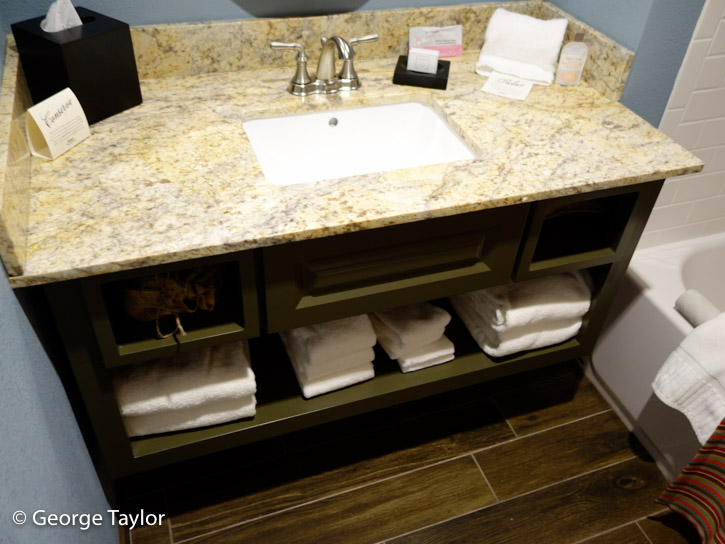 The bathrooms were extremely well-appointed and included a hair dryer and a clothes steamer! There were plenty of towels, as well 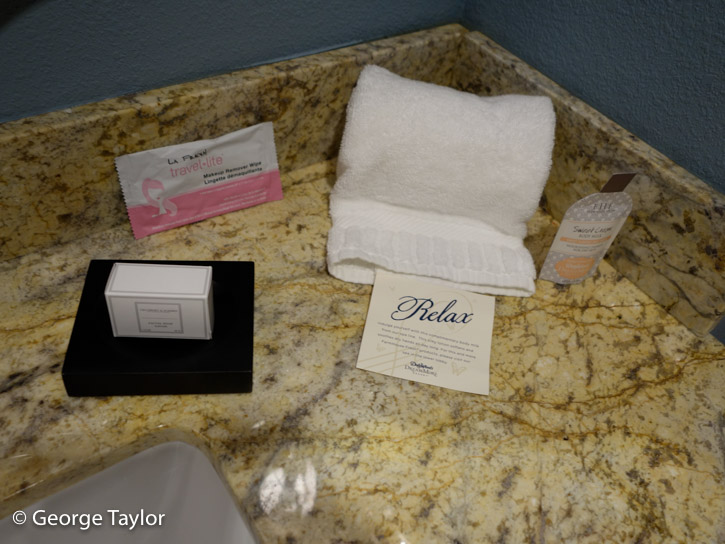 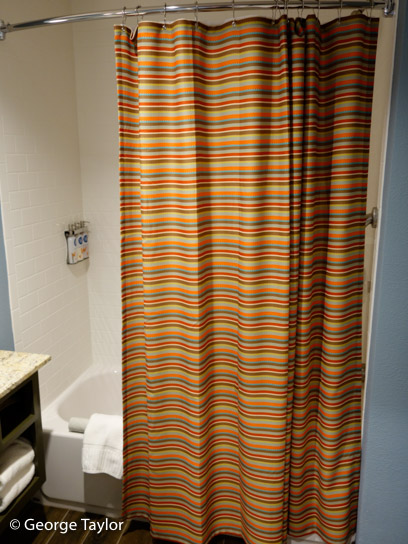 The shower had a curved rod and a very lively curtain that went well with the bathroom. 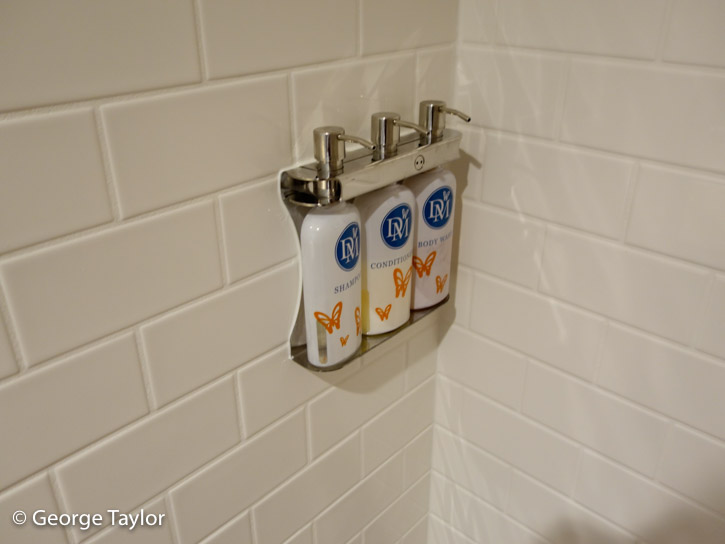 I was very surprised see that the shower included body soap, shampoo and conditioner. And they were butterfly themed! 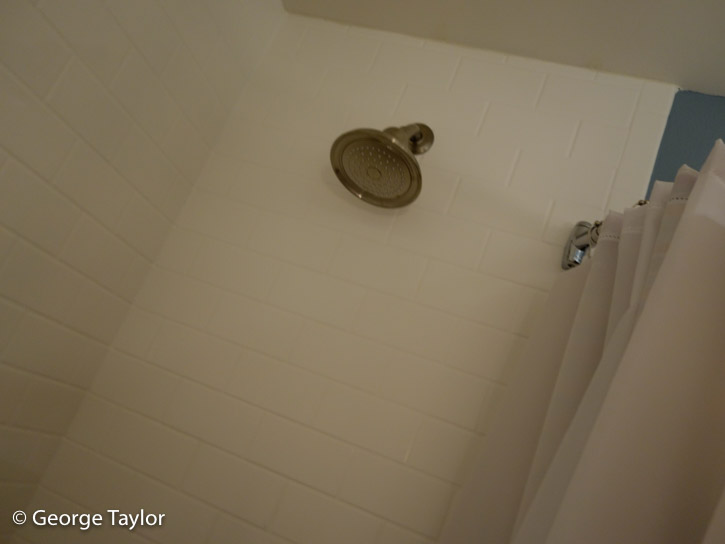 Being 6 foot tall, I’m always concerned about the height of the shower head. The shower head at the DreamMore resort was perfect. 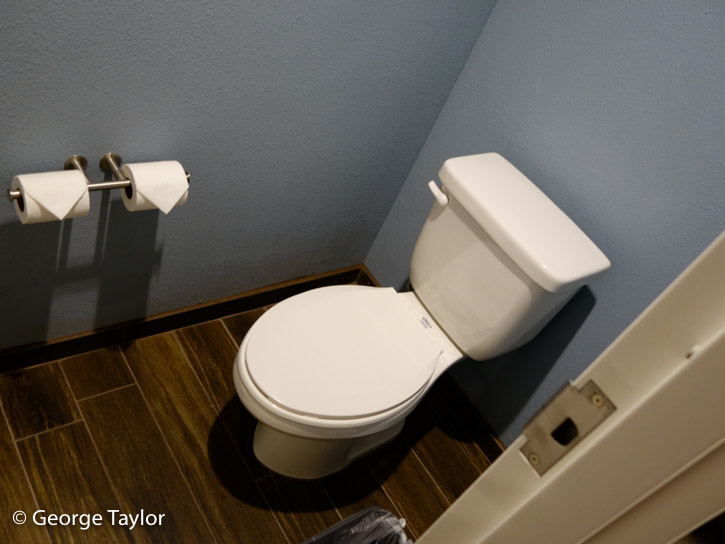 The toilets in its own small room, which is good if several members of the family need to use the get ready at the same time. I did have one issue and that was that there was no vent fan in the toilet area. The noise of the vent fan might have come in handy. 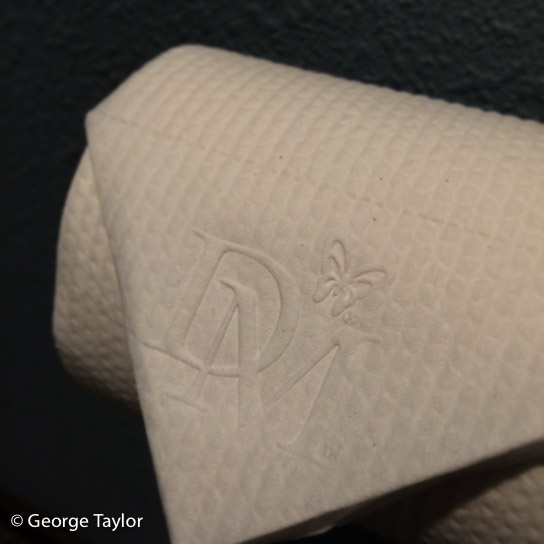 The toilet paper roll did come stamped with the DreamMore logo, which I thought was really cool!

Overall, I found the DreamMore Resort rooms to be very bright, cheerful and accommodating. A family of four would have plenty of sleeping room and find the beds very comfortable. The amenities were very thoughtful and added a modern touch to the plugged in family. 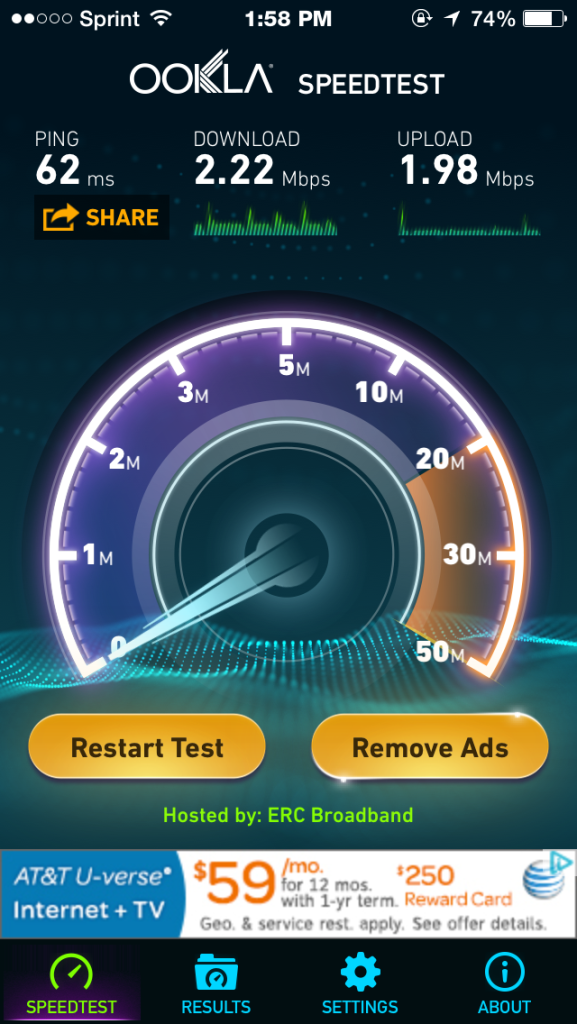 I did a SpeedTest from the room and got the promised download speeds. You could spend some extra money to get downloads above 6mps, which was recommended for streaming video.

The DreamMore Resort rooms are a step above most hotel rooms and, with the included Dollywood amenities, will add a lot to a multi-day stay.

Have you had the chance to experience the DreamMore Resort rooms?

One thought on “DreamMore Resort Rooms, a Review”