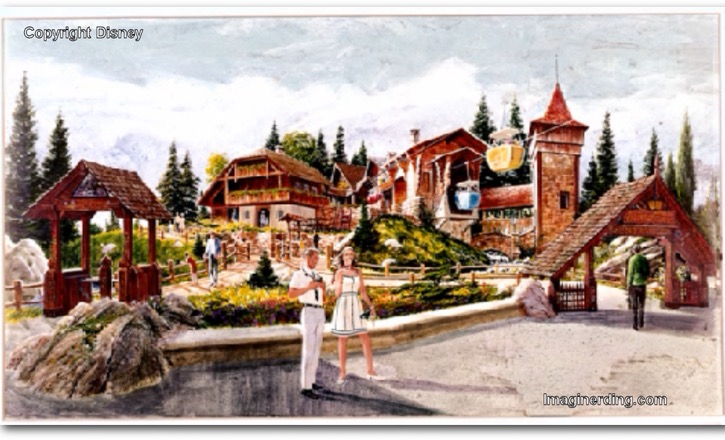 When I reviewed the two-disc DVD Magic Kingdom: Imagineering the Magic, I mentioned the Imagineering Art Gallery on the second disc. There are 42 images, in all, and I wanted to share some of my favorite shots. A few of them have been featured in the Art of Walt Disney World by Jeff Kurtti and Bruce Gordon. Some of them I had not seen before.

I would attribute a few of these to Dorothea Redmond. Any ideas?

You can see the post with other images here.