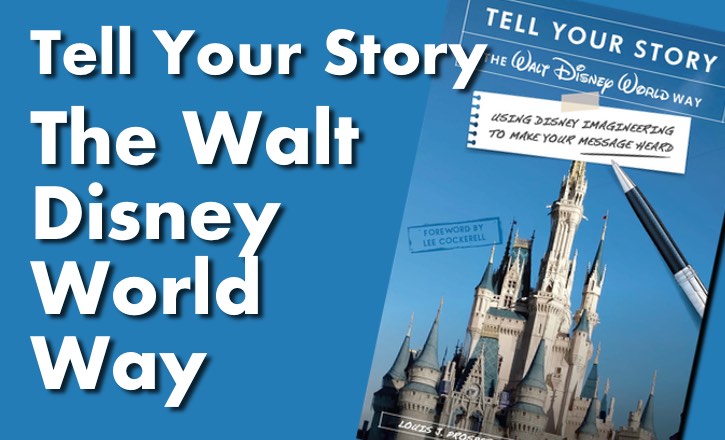 Did you ever want to tell your story the Walt Disney World way? Maybe you want to sprinkle a little imagineering magic into your writing, storytelling, or presentations? Does your corporate marketing need a boost? 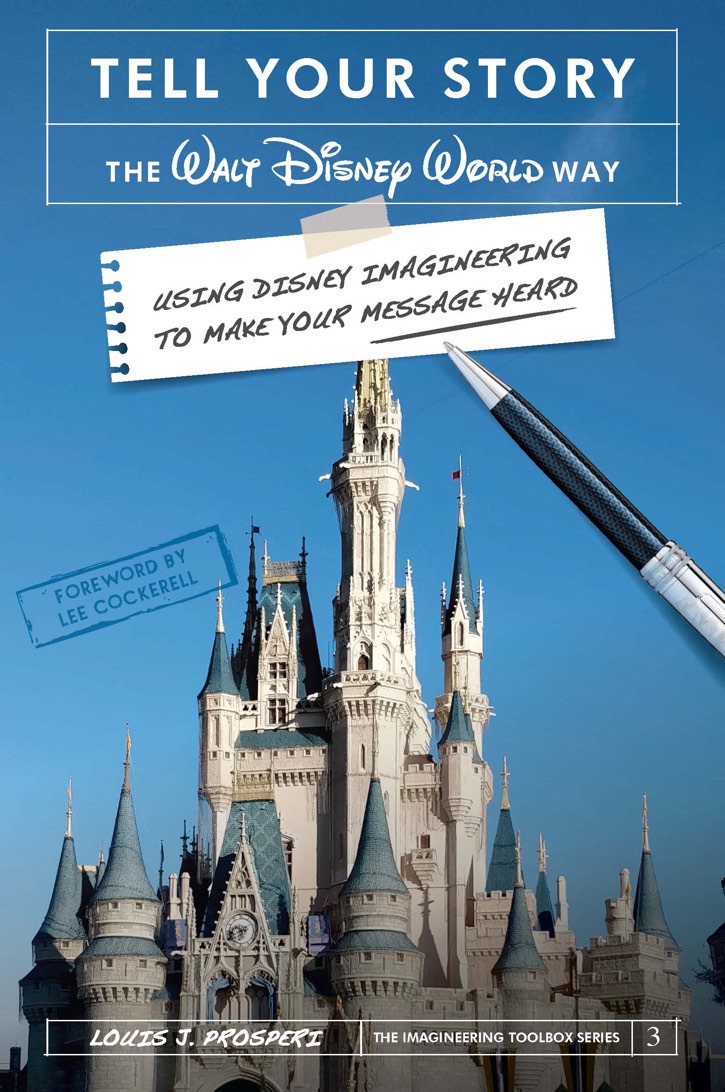 Then look no further than Louis Prosperi’s latest foray into his Imagineering Toolbox Series.

Louis has spent years studying and writing about creativity and how to bring more creativity into your life and work. His three books on  Imagineering are a master class on the imagineering process.

Tell Your Story the Walt Disney World Way builds on the previous books, but you don’t have to read them to understand or enjoy this title. (But you should, because they are really great books!)

Imagine getting a personal tour of the Magic Kingdom from a former Disney Imagineer!

Louis introduces us to  group a high school friends that meet years later as adults. The group decides to reconnect and take a trip together.

One of the friends is a Disney travel agent and plans the trip to Walt Disney World, including getting a storytelling tour of the Magic Kingdom by a former imagineer.

Varying degrees of Disney fans, from hardcore to haven’t been before, make up the group. You’re sure to recognize yourself somewhere in the group. The families get together for dinner at the California Grill and Kim, the travel agent of the group, lays out the agenda for the week, including the surprise tour of the Magic Kingdom with an Imagineer.

The group meets Jay Lewis, a former imagineer that often gives tours of the Magic Kingdom to explain the Imagineering process and storytelling. (Jay is an amalgam of Disney Imagineers.) The tour begins at Main Street and we are led, chapter-by-chapter, through the lands of the Magic Kingdom. 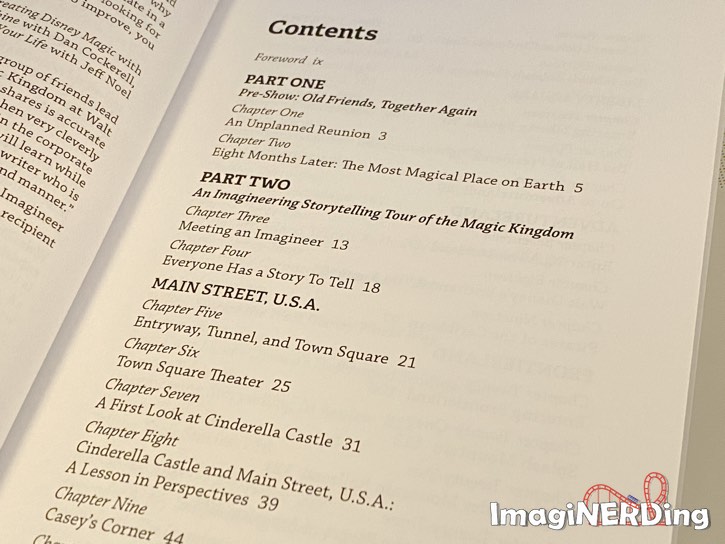 This set’s Louis’ books apart from other titles that talk about imagineering; he weaves the process of creativity into a narrative that is engaging and enjoyable.

Louis breaks down the creative process into relatable chunks and ties them back into everyday situations based on the characters. During the tour of the Magic Kingdom, Jay explains and points out the magic behind how the theme park was designed and created. Jay leads the group sharing those nerdy details while prompting the group to think about how exacting the imagineers were with storytelling in a physical environment. Jay consistently refers to books that help lay the foundation of the tour (including Alex Wright’s fantastic Imagineering Field Guide books).

For most people, meeting an imagineer would be a highlight; imagine getting a personalized tour!

We come full circle at the end of Telling Your Story the Walt Disney World Way by experiencing lunch with an imagineer. Jay brings the friends back for one last discussion about creativity and the imagineering process. During the discussion at the Hollywood Brown Derby, Louis recounts the lessons, again allowing the characters to relate the process to their own lives, to fuse the lessons of this book with his earlier titles. It is a great way to wrap up the book and get you started thinking about the imagineering process in your own life.

Throughout the tour of the Magic Kingdom, I was consistently surprised by the little details that Louis incorporated to help tell the story.

I’ve been collecting and devouring Disney- and theme park-related books for over 27 years. It’s rare that I run across a book that brings something new to the table in regards to the hidden details of the park. Through Jay, Louis recounts the storytelling aspects of the Magic Kingdom that often slip by us. I have to admit that Louis surprised me with a few of the details that I never noticed.

Who Should Buy Tell Your Story the Walt Disney World Way?

Fans of Disney parks and Imagineering will glean loads from this book. If you don’t know much about the design details of the parks, this book will open your eyes to a larger world. And you’ll be able to impress your friends and family with nerdy little details.

My advice? Get a copy of this book before your next trip to the Magic Kingdom. Louis spins a narrative that pushes you to a greater understanding of design. He also helps to percolate your own creative juices. You will walk away looking at your own creativity in anew light.