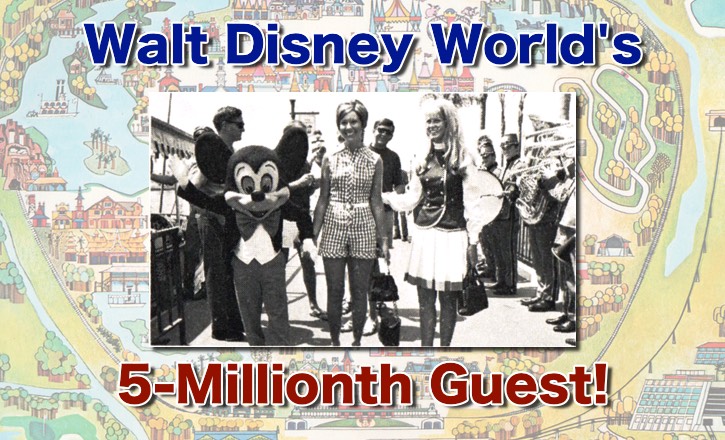 The May 13, 1972 Eyes & Ears cast member newsletter shared that the Magic Kingdom welcomed Lavonne Green as the five millionth person to visit. An article in the Sheboygan Press (Wisconsin) was published on April 25, 1972. The paper noted that Mrs. Green was greeted Thursday morning by a Walt Disney World ambassador. April 25, 1972, was a Tuesday and the previous Thursday was April 20, 1972. 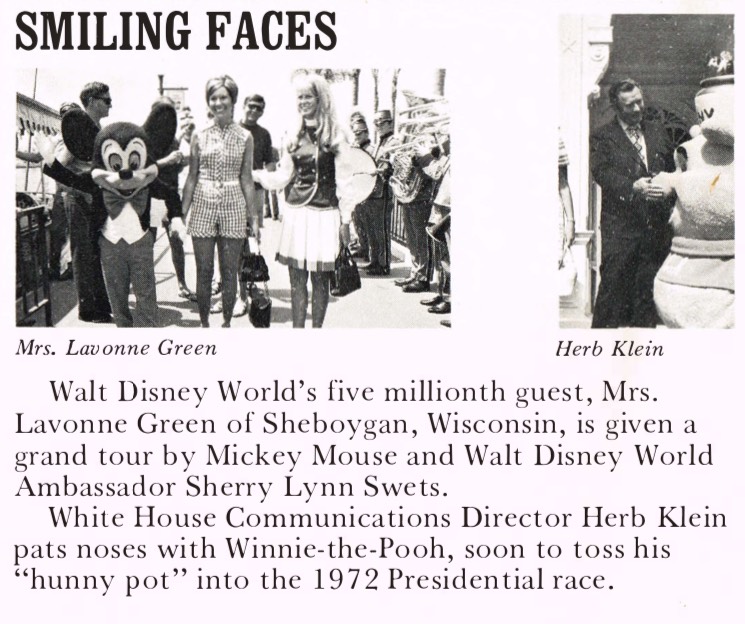 Mrs. Green was greeted Thursday morning by a Walt Disney ambassador, Miss Sherry Swets, and a fanfare of music when she walked through the turnstile of the vacation kingdom entrance. She received a lifetime silver pass to both Walt Disney World and Disneyland.

Mr. and Mrs. Green and another Sheboygan couple , Mr. and Mrs. Phillip Dann, 812 Spring Ave., were serenaded during a steam launch cruise, saluted by the Walt Disney World Band, and greeted by a host of famous Disney characters when they disembarked. 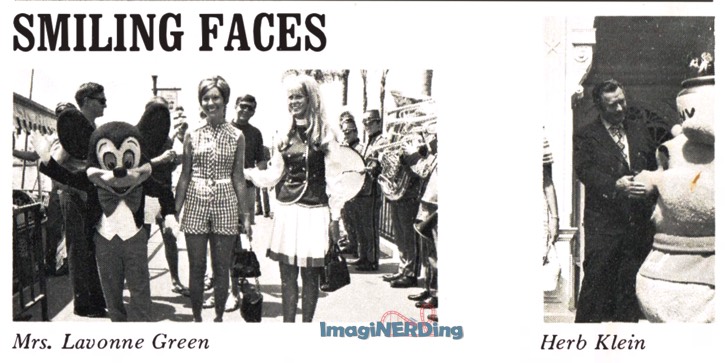 A wrong turn, which took the couples into downtown Orlando resulted in their arriving an hour later than planned, put Mrs. Green in the right place at the right time.

Listening to a local radio station broadcast en route to Walt Disney World, which said the attraction would welcome its five-millionth guest that morning, Mr. Green remarked…”another wrong turn and we might have been the six-millionth.

The Greens have a three year-old son, Ricky, who stayed home. The couple is already planning to return next Thanksgiving with him and put their silver pass to good use.

Walt Disney World is expecting 10-million visitors during its first year of operation.

I wonder if Lavonne Green is still using her silver pass. Does anyone know?

Check out this article about Millard C. Jones, who became an honorary citizen of Walt Disney World and received a lifetime pass!

Oh, and Winnie-the-Pooh met with the White House communications director to announce his candidacy in 1972.