The Art and Making of The Lion King by Michael Goldman, a book review

The Lion King, undoubtedly, is the most successful 2D animated film and has become a cultural touchstone for many generations. I received a review copy of The Art and Making of The Lion King by Michael Goldman and I was curious as to how it would touch on all of the aspects that brought the 2019 Jon Favreau production to life. After the, um, interesting Favreau adaptation of The Jungle Book (2016), I had no idea what to expect from his Lion King film. 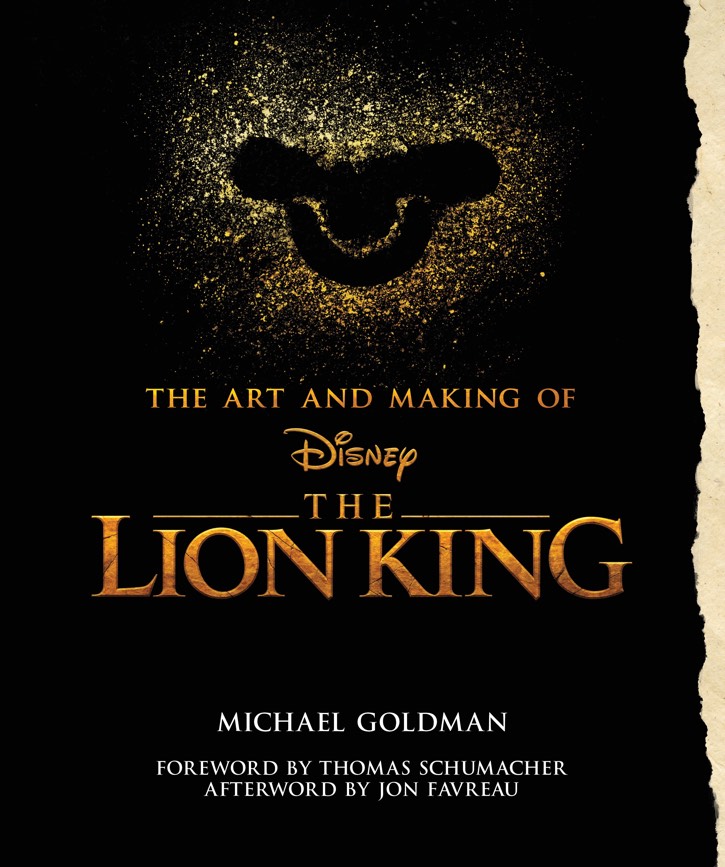 I waited until after I saw the film to crack open the book. Upcoming trailers ruin the films for me and I won’t say much about the movie, except that I left the theater incredibly underwhelmed and disappointed. There were some highlights, including the use of technology, but I wanted more of an adaptation instead of a scene-by-scene remake of the animated film.

The book is large and follows the loose format of other Art and Making of… titles. Jeff Kurtti’s involvement at project producer surprised me; in hindsight you see how he directed the book to reflect the artistry of the film. The Lion King (2019) disappointed me on so many levels and I tired to view the book objectively, without the film coloring it. 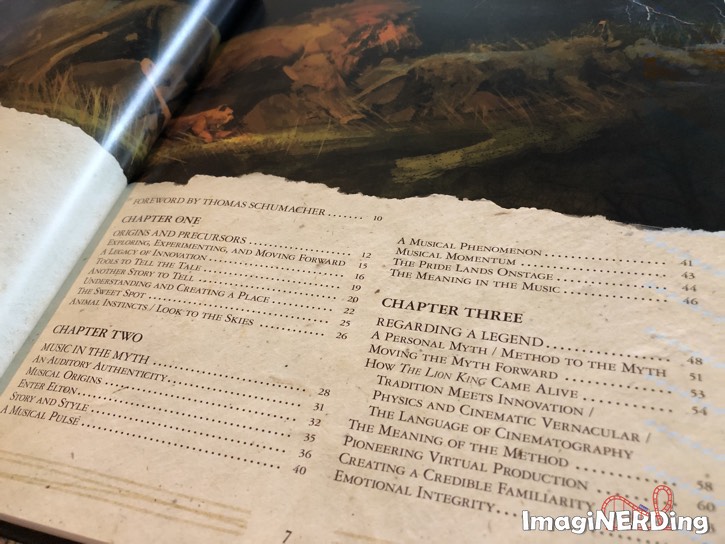 There are 224 pages that make up the ten chapters of the book. It is a large book, measuring 10″ X 12″, which allows Disney to present many of the images across the gate-fold. Disney also includes a large number of photos, which showcase the artistry. The book is a showcase of the art and artists.

The first chapter talks about why Favreau and Disney looked towards The Lion King animated film for their next project. The second chapter covers the historical and cultural importance of the 1994 film. The groundbreaking technology is the focus of the third chapter, which leads into the general production of the film. The next six chapters share the different aspects of the filmmaking process, from the voice acting, character development, music and more. The last chapter discusses Disney’s relationship with the natural world, including conservation efforts and the Disneynature film series. 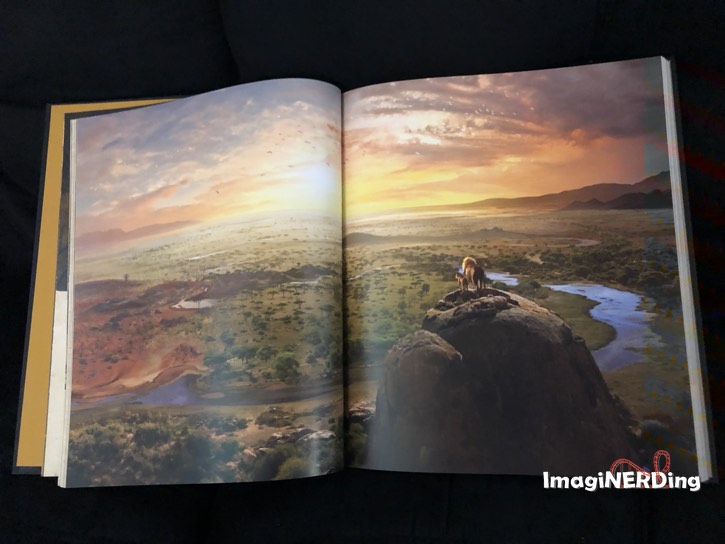 Each of the major characters in the book has a few pages dedicated to it. Goldman walks us through the design of the character and how a photo-realistic character differs from an animated one. Goldman includes the voice actors, with a look at their careers and how they became part of the productions. Some of the voice actors are reprising their roles, while many grew up as fans of the 1994 film. Reading how the designers had to offer a unique visual for each character was compelling. It’s much more difficult than designing an animated troupe. 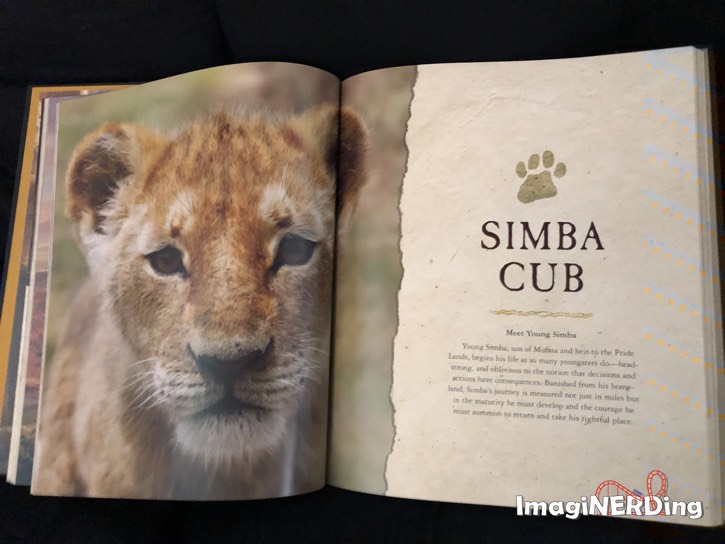 Who Is This Book For?

If anything, the real treat of the book is learning how much Favreau and his team used real-world filmmaking techniques to create the film. They didn’t just sit down in front of a computer and create all of the scenes virtually. Award-winning cinematographers created shots used in live-action films and translated them into virtual shots. The production crew also used virtual reality equipment to set up and explore scenes. Once in the virtual world, they manipulated camera angles and lighting. It was fascinating to get glimpse of how Disney is pushing the boundaries of filmmaking again.

If you’re a fan of the 2019 release of The Lion King, then this is a must-have purchase. You will love the art, the interviews with the production staff, and the tale of the journey of the film. General fans of Disney won’t find any new information about the previous iterations of The Lion King (animation, Broadway, etc.). Animation fans will enjoy the book for its look at how a modern film is made, particularly one that juxtaposes live-action and computer graphics.

Buy Your Own Copy of The Art and Making of The Lion King!