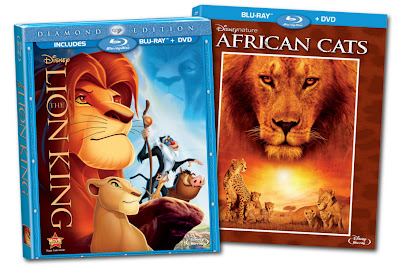 Disney offers two stunning releases that are perfect together. The Lion King and African Cats share more than just a geography—they are compelling stories about family and survival.

Everyone knows The Lion King. The most successful 2d animated film off all time needs little introduction. Considered to be the epoch of Disney’s second golden age of animation, The Lion King has everything that an animated film needs to be succesful: an engaging story, fantastic songs and a great cast of voice actors. Unfortunately, it seemed as if Disney animation only went down from there. Regardless, The Lion King still shines and it is easy to marvel at the beauty of the animation on blu-ray.

As expected, Disney has included some great bonus features. The two that were the most intriguing were about the creation and the enduring appeal of the film. Don Hahn’s mini-documentary reminded me a lot of the work he did on Waking Sleeping Beauty. Both features are worth spending time with.

The majesty and beauty of Disneynature African Cats is hard to translate to the written word. From the first scene, you are swept on a journey through some of the most beautiful lands in the world. Seeing the African landscape with intense, swirling clouds and savannas that drift forever in high-definition is breath taking. 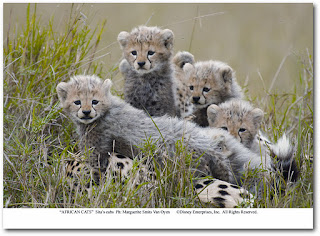 African Cats tells the stories of two families as they follow migrating herds and try to survive. Sita is a cheetah with five, newborn cubs. We follow her family as she struggles to protect her cubs and teach them to be self-sufficient. The filmmakers frame the story of Sita and her cubs as one of a single mother raising her children without any outside help. When we first meet the cubs, it is an overdose of cute. They play and Sita patiently watches the savanna. It isn’t long before danger starts to creep in and Sita has to abandon the cubs in order to protect them.

One of the differences of the Disneynature series is that the films don’t shirk the violence of the natural world. They hint at it and never shows any gratuitous shots. I had some trepidation about watching a film about carnivores but the hunting and kills were all handled tastefully. 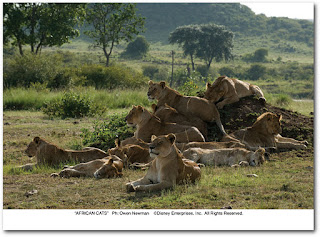 The river pride, led by Fang, lives in the same preserve as Sita but shows a completely different lifestyle. The pride is led by a lion with multiple lionesses and cubs. The lionesses hunt and take care of the cubs. Apparently, the only job of the lion is to protect the pride and eat what the lionesses hunt. The pride has a more social dynamic and offers its member more protection. There are still moments when the pride is in danger, but it is obvious that the lions are at the top of the food chain. We learn a lot about the social structure of lions and it is obvious that they have to live together in order to survive. 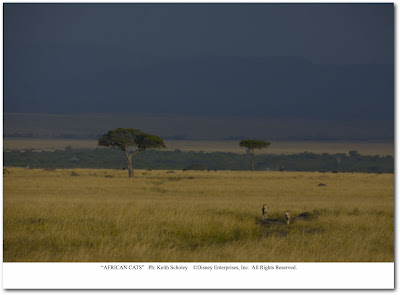 Both films tie into each other well and help support theories of conservation, family and survival. Together, they make a fun double feature.

Both films were provided as review copies.