The Keymaster’s Quest – Tales from Adventureland by Jason Lethcoe 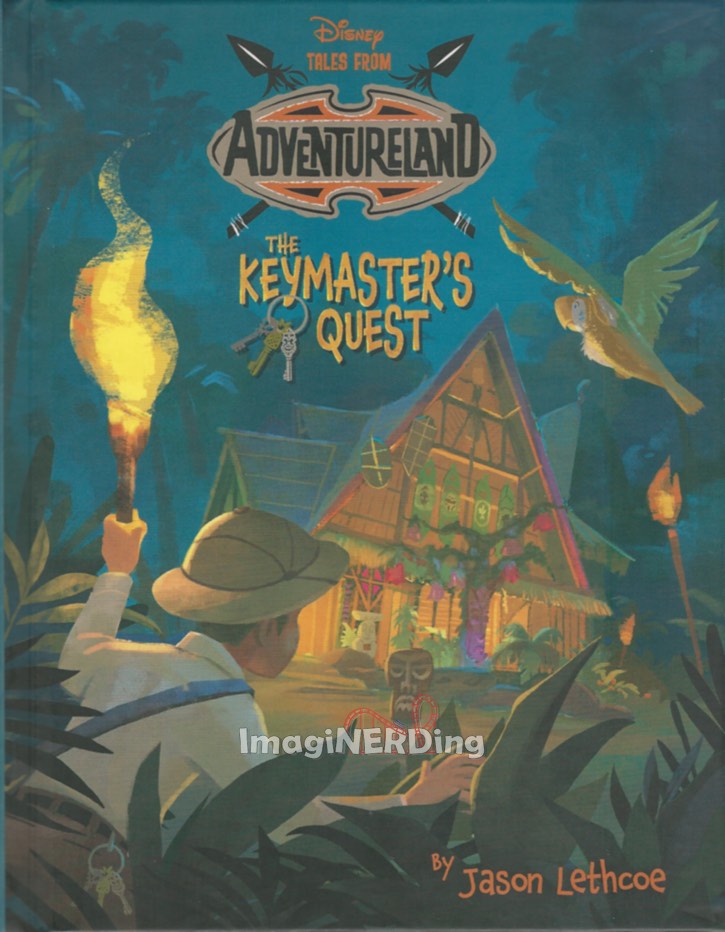 The Keymaster’s Quest is a new series by Disney that brings to life Adventureland, Walt Disney’s Enchanted Tiki Room and a little bit of the Adventurer’s Club, all mixed with excitement and intrigue. The book is also a little bit of Indiana Jones combined with the good parts of the National Treasure movie.

I had no idea what to expect with the review copy of book, since the Tales from the Haunted Mansion title was so bland. Based on the cover and the blurb sent by the publisher, The Keymaster’s Quest looks like a book that’s going be perfect for late elementary school kids (fourth and fifth grade) and Adventureland fans.

Andy Stanley is our young hero and we first meet him as he’s attending the rather strange and exotic funeral of his late grandfather, Ned Lostmore. From there we meet a cast of characters that are drawn as wild and zany as you would expect to find in Adventureland or associated with the Jungle Cruise.

Speaking of the Jungle Cruise, there are a lot of hidden and not-so-hidden references to the iconic Disney attraction. Disney fans will get a kick out of the references and they help set the tone of the story.

The Keymaster’s Quest is engaging and offers a lot of cliffhangers. Lethcoe includes several puzzles that the reader can try to figure out before the answer is revealed. Most are codes and ciphers that require a bit of processing. We are also introduced to a larger world, including the “Jungle Explorer’s Society” that keeps dangerous artifacts from falling into the wrong hands.

This book is going to be loved by 8-10 year-olds that like adventure series and are Disney fans. They will love seeing bits and pieces of a beloved attraction used in a story full of intrigue and adventure!

Are you going to pick upThe Keymaster’s Quest – Tales from Adventureland?