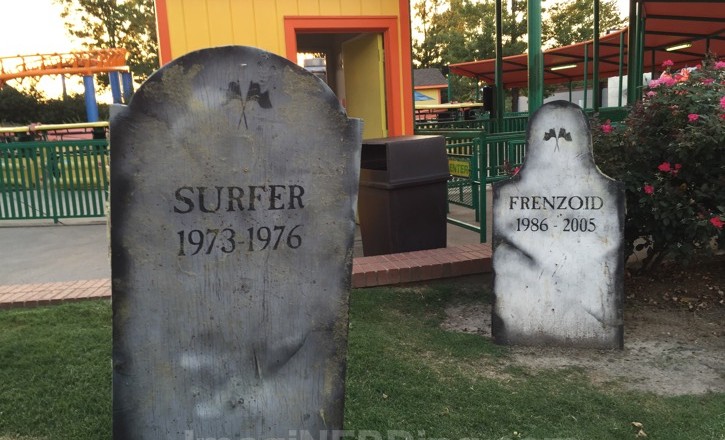 I ran across a few ride tombstones during a SCarowinds event at Carowinds. They were near the Enterprise ride and paid tribute to some of the long-gone rides and attractions. I love it when parks can add details like the Carowinds Ride Tombstones! 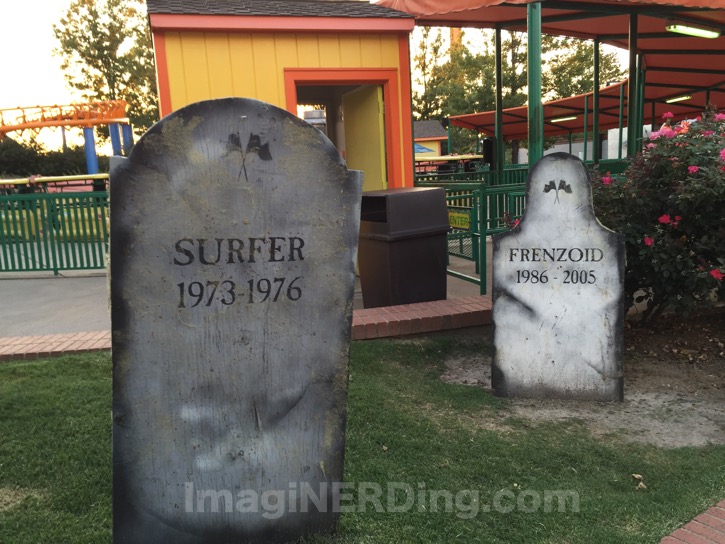 Surfer: 1973-1976—The Surfer was a Tagada-style ride that was in the Pirate Island section of the park.

Frenzoid: 1986-2005—Frenzoid was a looping pirate ship designed by Intamin. It was in the Country Fair section.

Speedway: 1973-1990—Originally in the Contemporary Carolinas section of the park, and the queue was under the monorail station. It was renamed Carolina Turnpike in 1980. The Vortex currently resides where the Speedway was.

Smurf Island: 1984-1994—Guests would actually board a boat and travel across the river to Smurf Island, very much like Tom Sawyer Island at the Magic Kingdom. That area is where Night Hawk is.

Do you have any memories of the attractions featured on the Carowinds Ride Tombstones?