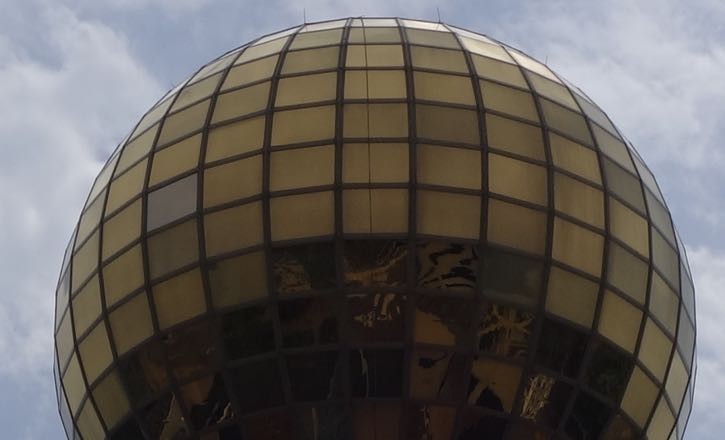 The Sunsphere at the Knoxville World’s Fair

During a visit to Dollywood, I was able to check out the Sunsphere and World’s Fair Park in Knoxville, TN. I wondered when the Wigsphere went out of business, though. 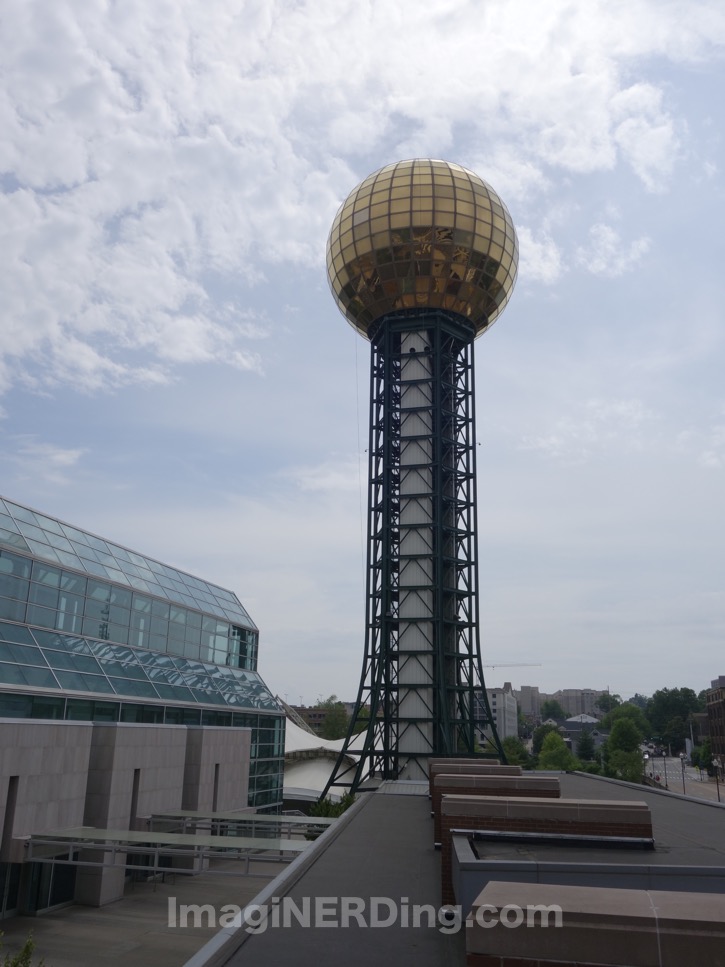 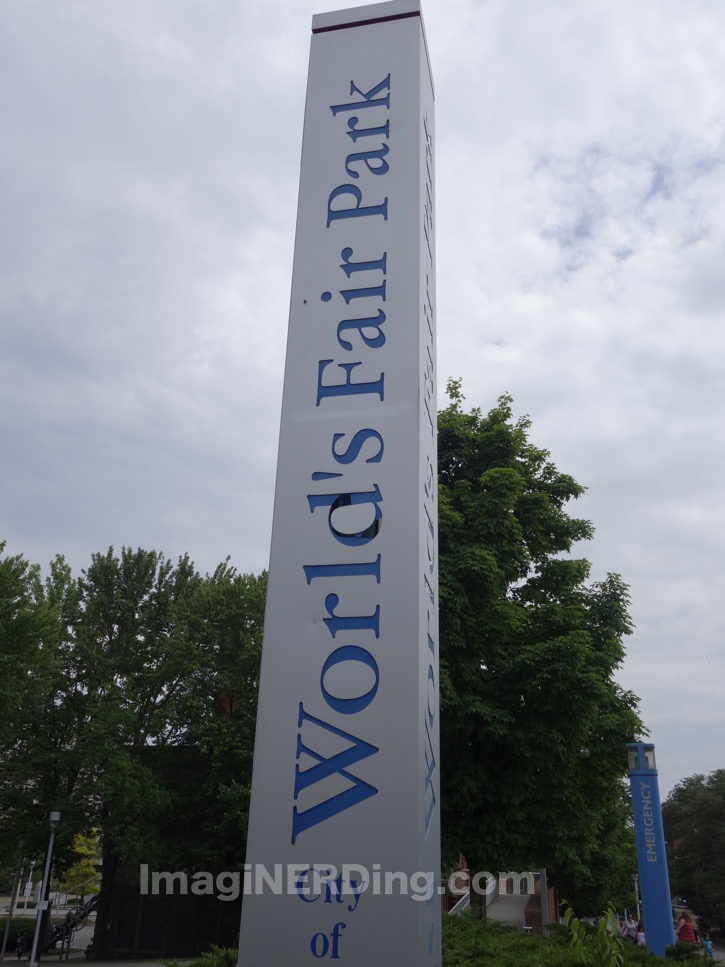 I was glad to see that the World’s Fair moniker was still being used. When I visited on a Saturday, The International Biscuit Festival was going on downtown and there was a large summer reading festival for the Knoxville Public Library. There were a lot of people walking around the park and using the water fountain area. 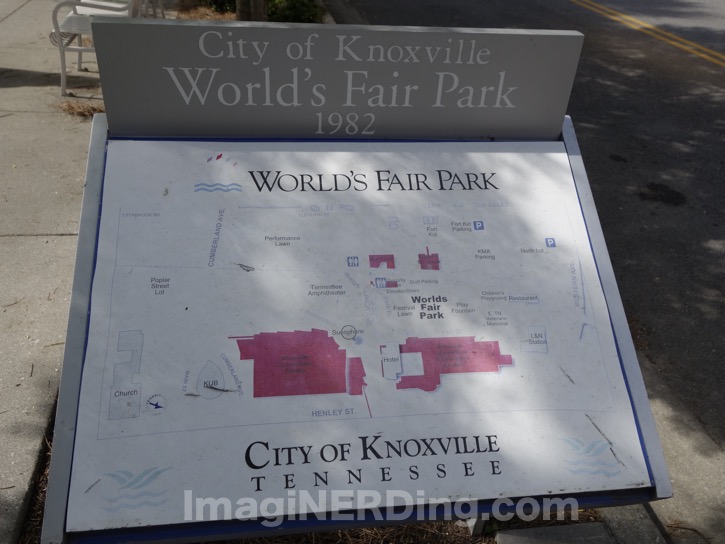 Currently, there are only two structures left over from the 1982 World’s Fair: the Sunsphere and the Tennessee Amphitheater. The items highlighted on the map are municipal buildings.

The Sunspehere is 226 feet tall and the sphere has a diameter of 75 feet. There are several locations to catch the elevator and it was quite a long trip to go from the Street Level (3rd floor) to the Observation Deck (4th floor). It took more than a few minutes to ascend!

The Observation Deck of the Sunsphere 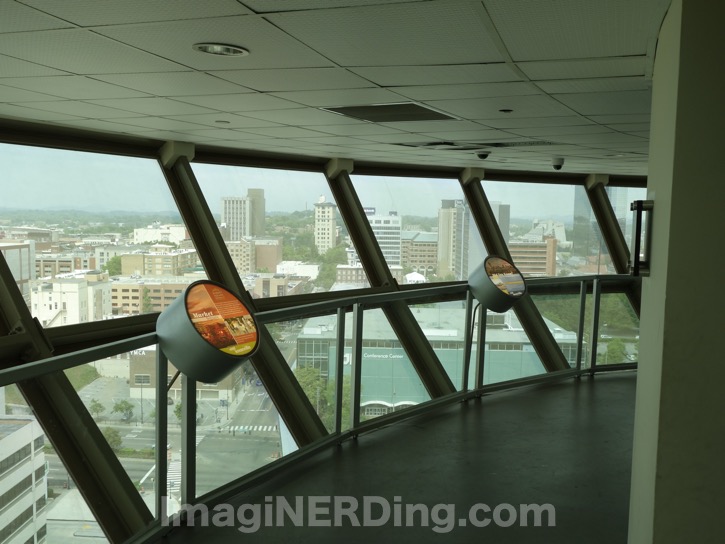 It was difficult to get a good shot of the deck, but the views were astounding (and quite terrifying for those with a fear of heights). 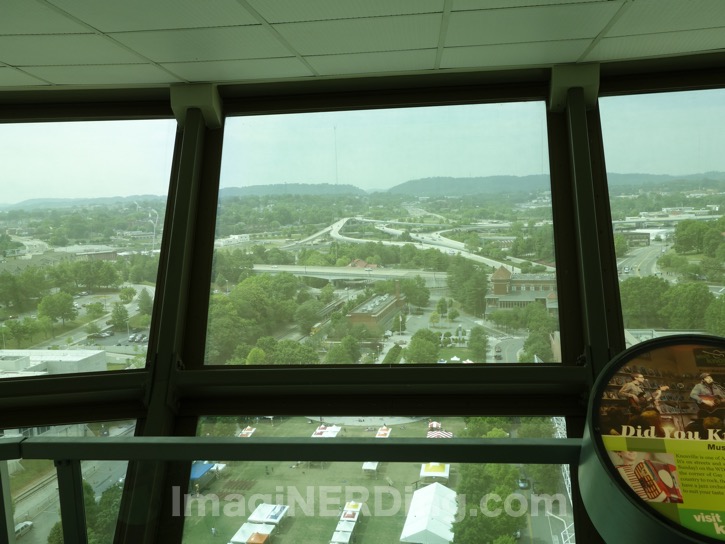 Seriously, you can see for miles! 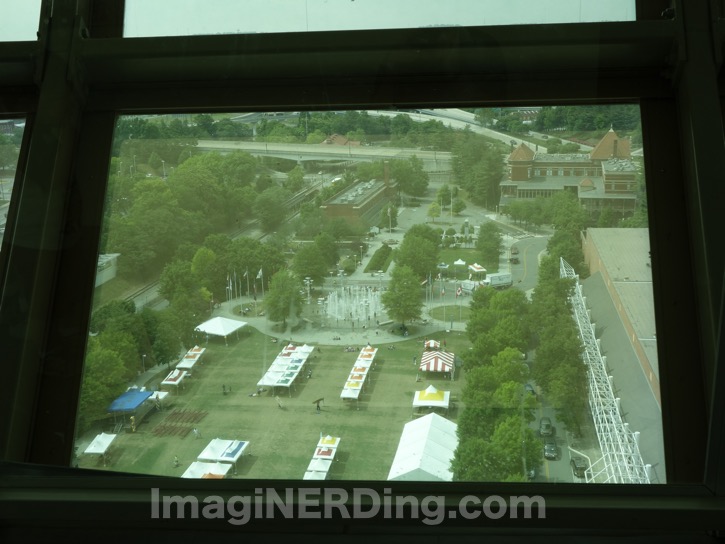 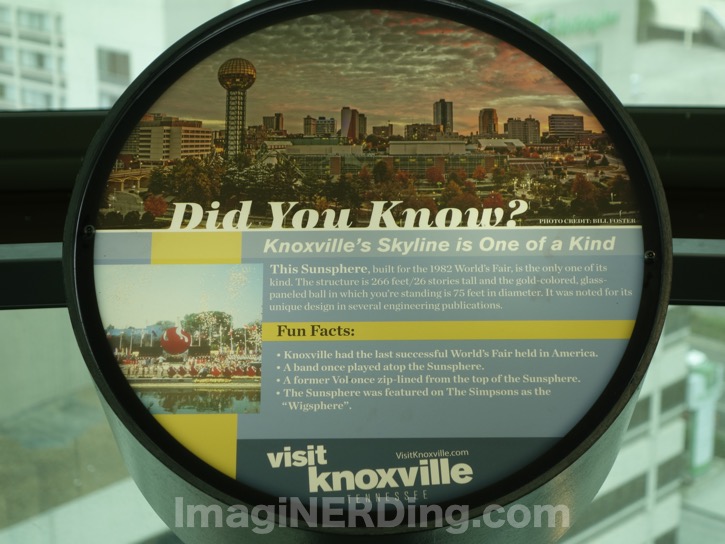 There were plenty of integrated signs that offered a history of the city and the views. 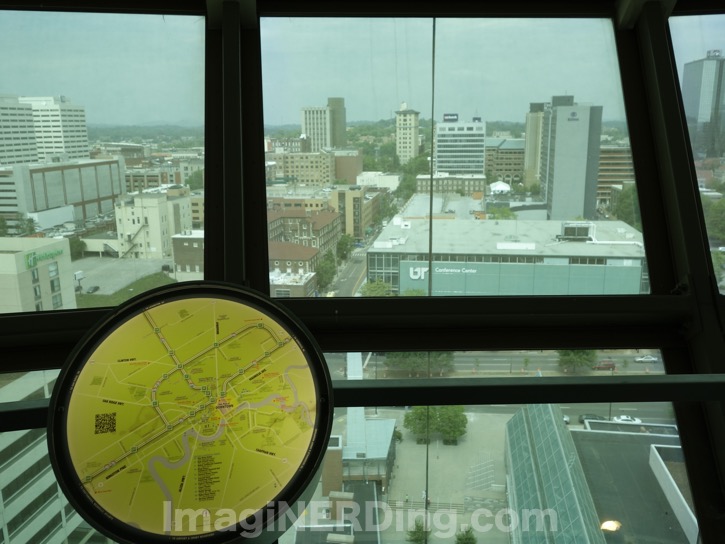 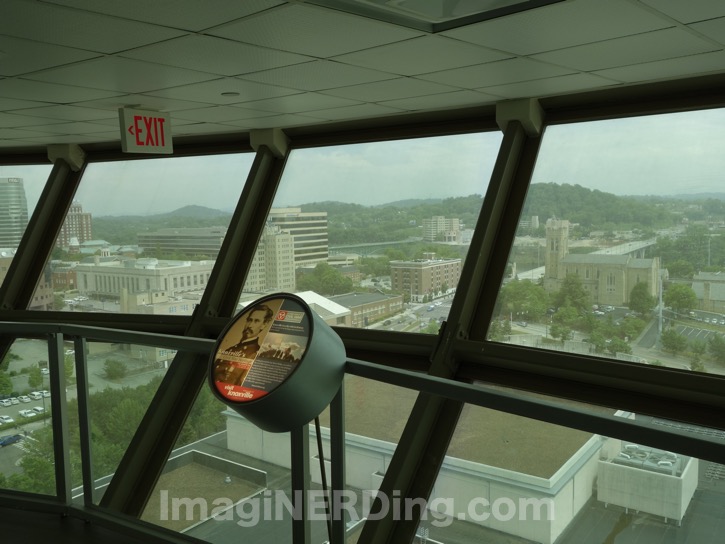 It was truly breathtaking to see the entire city and the mountains in the distance. 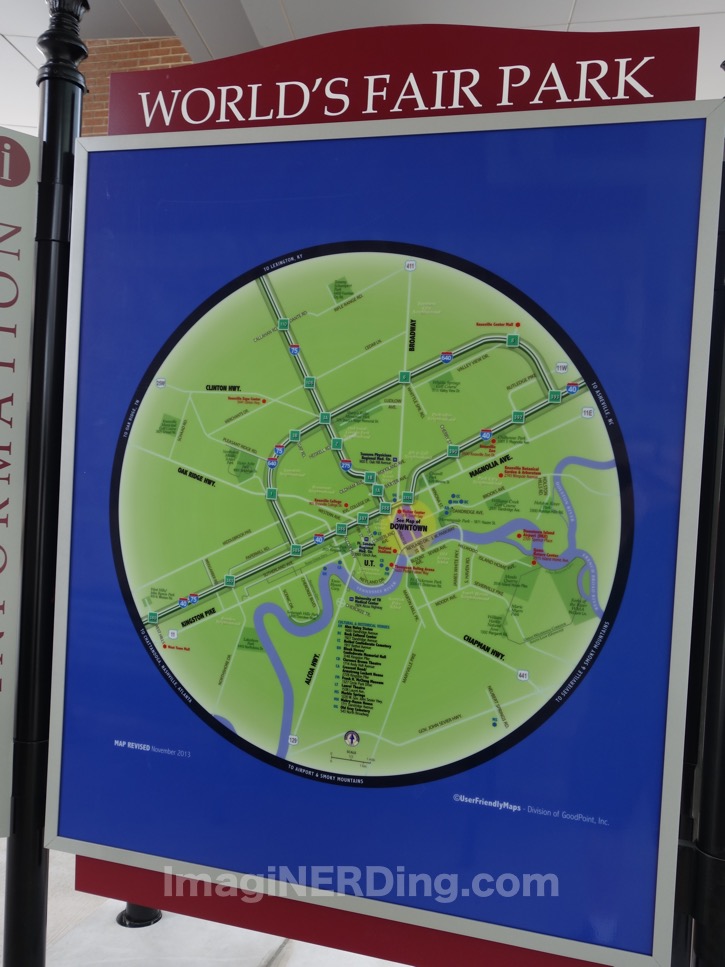 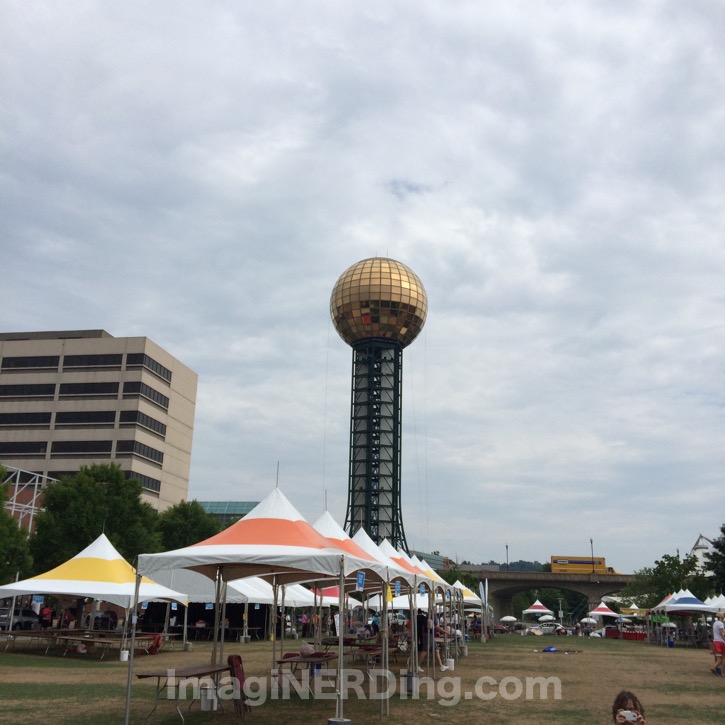 Have you visited the Sunsphere? Did you get to attend the Knoxville World’s Fair?