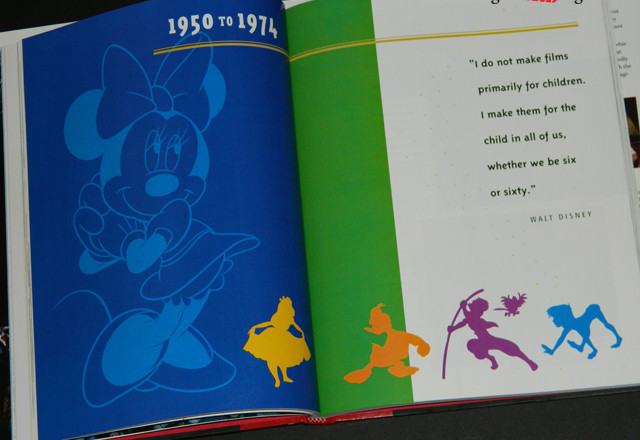 Disney: The First 100 years by Dave Smith, a book review

Doing original Disney research requires collecting lots of books, magazines and ephemera (like brochures and park maps). Dave Smith, the Director Emeritus of the Disney Archives (and the founder) has published quite prolifically on the history of the Walt Disney Company. Many of his titles are on my list of Walt Disney World history books. Many of the books on the list are my favorites and quite a few of them are essentials. 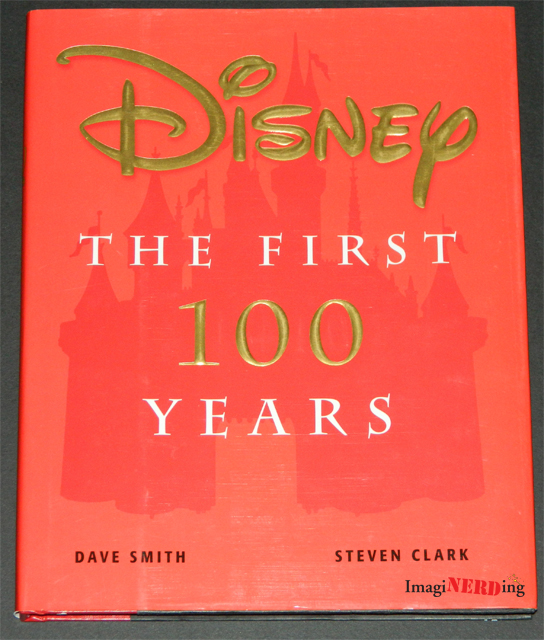 Published in 1999, this 198 page book is an amazing look at Walt Disney and the Disney Company. First off, this isn’t a comprehensively nerdy title; it doesn’t go in too deep, especially trying to cover over 100 years of a man/company in less than 200 pages. Even when there are many 200-300 page books dedicated just to single theme parks and films. But, it is a great overall look at the major events of the Disney organization. Remember that whole 100 Years of Magic promotion that followed the Millennium Celebration in 2001? Yeah, this was another product from it. 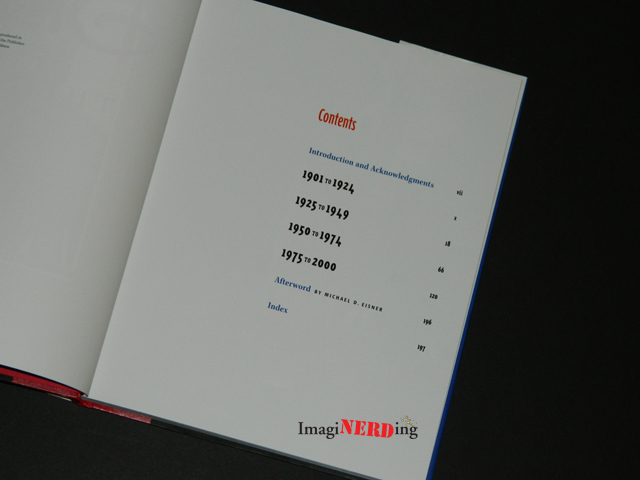 The first entry is 1901 and, expectedly, covers Walt Disney’s birth. Disney: The First 100 Years is broken down into major time periods with at least one page per year with tons of photos. It’s written in a great and approachable style that is less encyclopedic and more of a narrative.

One day, Walt was walking through a hotel lobby in New York, when a man came up to him and offered $300 if Walt would allow him to use Mickey Mouse on the cover of a children’s writing tablet that he was manufacturing. Walt agreed, and thus began Mickey Mouse merchandising. Other offers soon followed, and the Disneys set up a subsidiary, Walt Disney Enterprises, to handle licensing. (Page 26, 1929 entry.) 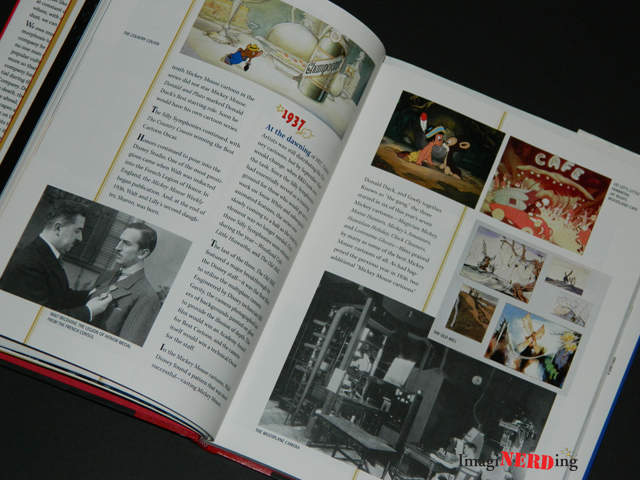 Each year covers the major events. Sometimes the entry will feature info on Walt, major releases by the Company (animated, live-action, etc.) or theme park attractions. After Walt’s passing the book does focus more on the Company, which makes sense. Interestingly enough, the 1980s and 1990s get a lot more coverage as the Company promotes the the more recent openings at the parks and the Touchstone and Disney releases. 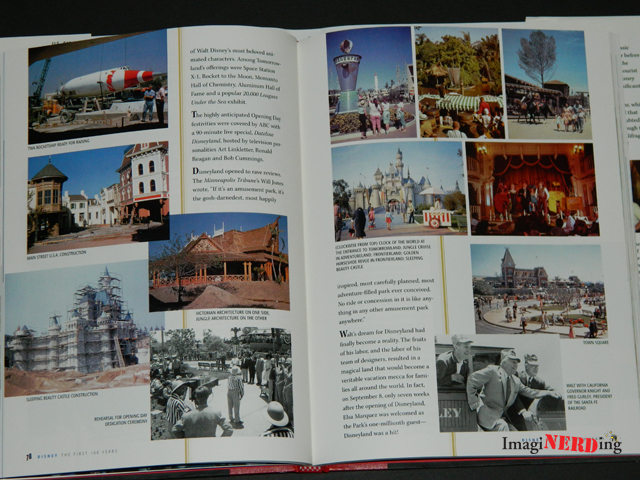 On June 22, the Walt Disney Archives was established and charged with recording and preserving the history of Disney, including historical documents, memorabilia, selected film and theme park props and other items pertaining to Walt Disney, his family and the Disney company as a whole. (Page 110, 1970 entry.) 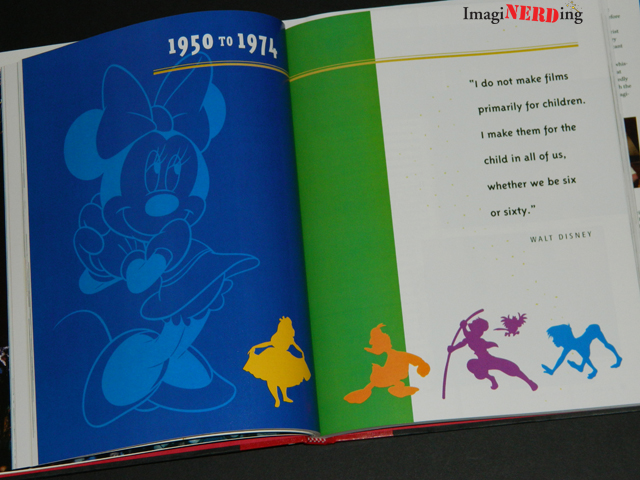 Overall, Disney: the First 100 Years is a great look at the company as a whole. Like I mentioned earlier, it’s not incredibly detailed but it’s a fantastic resource for getting a great overview of the Company. It’s an ImagiNERDing Essential title for every Disney fan because it covers all aspects of the company.

Have you ready Disney: The First 100 Years? What’s your favorite Disney history book?

One thought on “Disney: The First 100 years by Dave Smith”