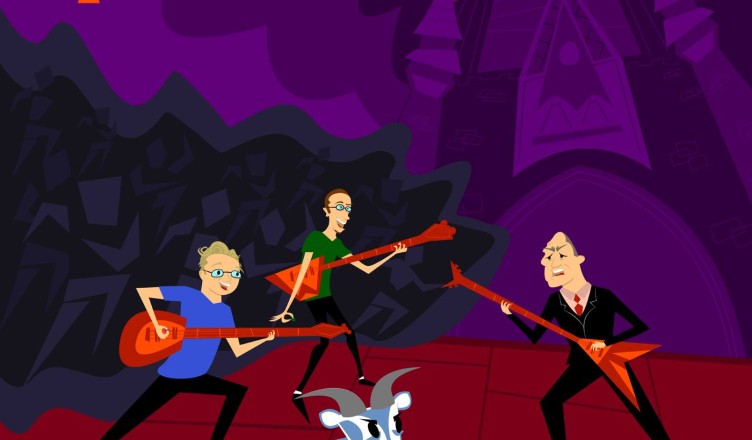 Fans of Communicore Weekly (the Greatest Online Show™) have heard on many episodes that we’ve released a musical. 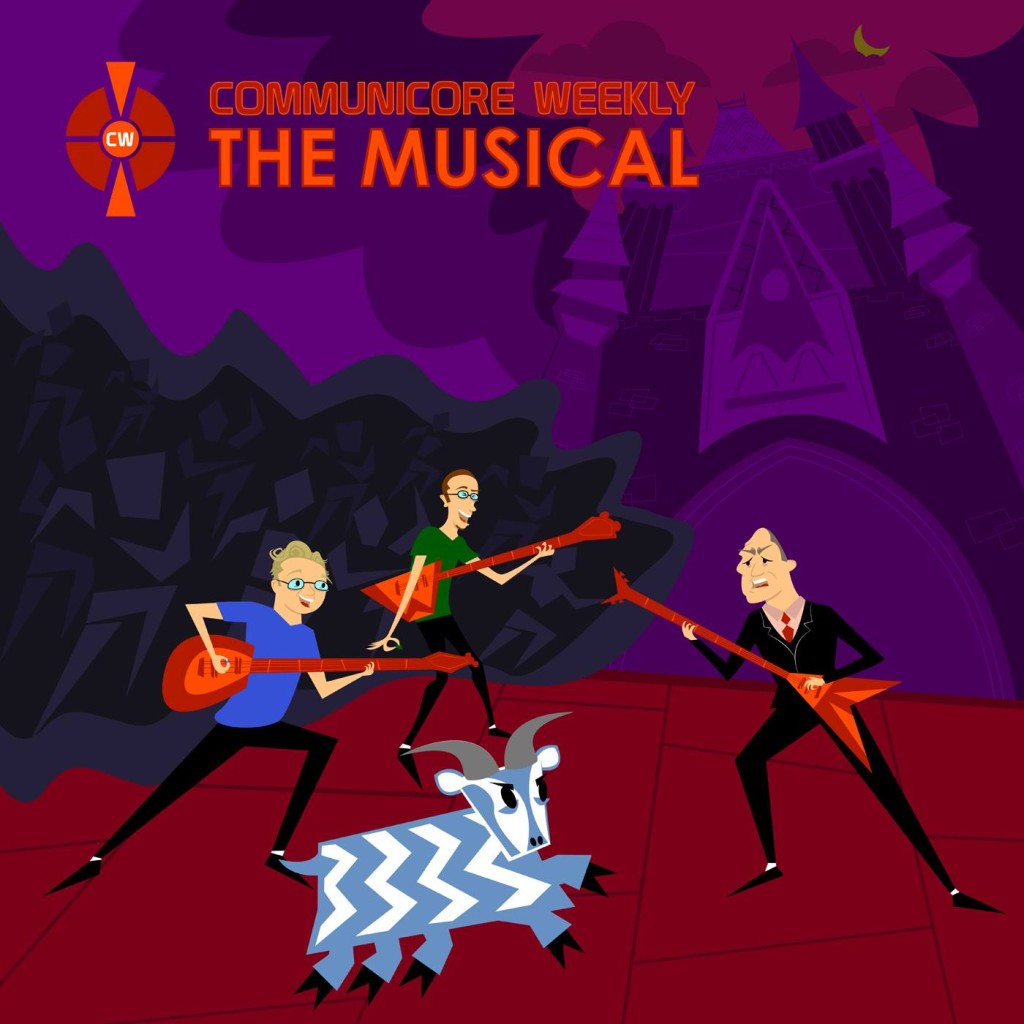 It’s something that we worked on for more than seven months and we’re incredibly proud of it. So, who’s we? Well, my co-host on Communicore Weekly, Jeff Heimbuch and the very talented Andrew Taylor and Steve Williard (also known as the Communicore Weekly Orchestra) did most of the heavy lifting. We’ve always been known for being a very musical podcast (Andrew and Steve even got us to rap on our Five-Week-A-Versary episode) and we wanted to do something pretty spectacular for our third season and for all of the Communicore Cadets out there.

The idea for a musical started in early 2013 when we discussed the idea about doing an entire episode of the show as an opera. Andrew quickly ran with the idea and Jeff started working on a script for a musical. Over the remainder of the year, Andrew wrote and created songs that helped shape the direction of the musical all from the comfort of his iPhone 4. He basically wrote and recorded all of the demo recordings for Communicore Weekly: the Musical using Garage Band on his iPhone. As the songs took form, the script coalesced into the alternate reality/time travel story that makes up the musical.

What other Disney podcast has released a musical, anyway? 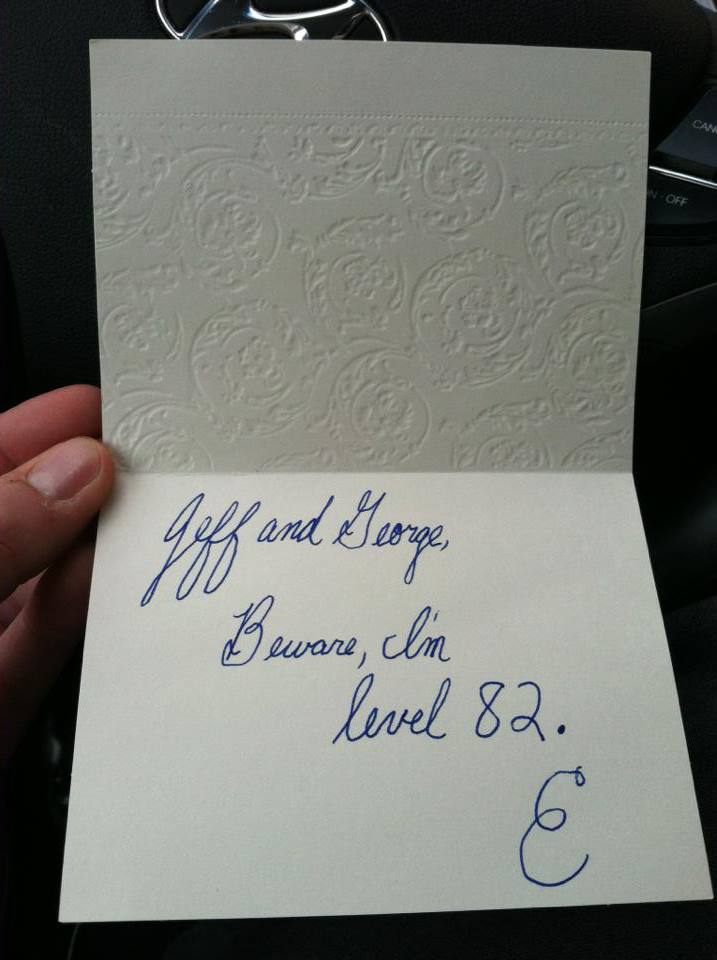 We had a great time dropping little hints on the podcast and through Facebook about the musical including this note from “E”.

Communicore Weekly: the Musical is 45 minutes of amazing songs and our usual shenanigans. Six brand new songs were recorded that encompass several musical genres, including power pop, anthemic rock, slow jam and a smattering of rap. Andrew and Steve trade off singing the different parts (sadly Jeff and I don’t do any singing) like the Five Legged Goat and Michael Eisner. 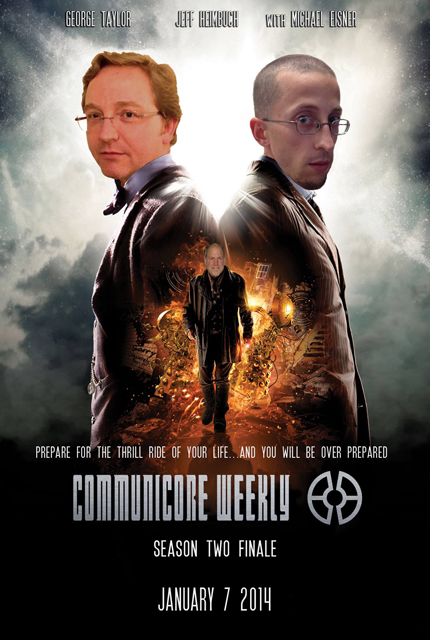 Yes, we did decide to use Michael Eisner as the villain of the piece. Eisner has been bashed a lot by the Disney community over the past few years, but Jeff and I both agree that Eisner was a major force behind the revitalization of the company and the good he did truly outweighed the bad. We knew it was a big chance to make Eisner the villain but like any great myth story, there’s a chance for redemption, right?

They recently released a ridiculous showcase, (I say in the most loving way possible), called Communicore Weekly: The Musical! The premise of Communicore Weekly: The Musical is that for the first time ever, hear the true origin story of how Jeff and George were brought together to face the biggest threat that the Disney theme parks, and the universe, has ever faced: Michael Eisner! They do this by joining forces with the Five Legged Goat in an effort to save the world (which is coincidentally found in an alternate universe.) — Rikki Niblett 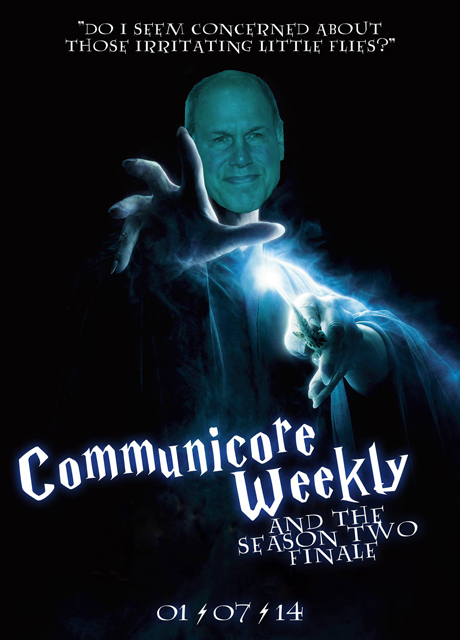 Fans of the Communicore Weekly podcast already know to expect really catchy music as part of the production, and a separate product called “The Musical” obviously goes to great lengths to fulfill those same expectations! I can’t imagine it’s easy, writing songs that are both catchy and memorable (and yet don’t insult the listener), yet these guys do it. — Kevin Yee

The Musical was a major work of love from all of us and we really hope that people will enjoy it and love it as much as we loved creating it. One of the coolest things to me is that there’s a song with the lyrics “Jeff and George save the world!” Seriously, how cool is that?

Have you had a chance to listen to Communicore Weekly: the Musical? Do you have a favorite song?