I reviewed Russell’s first book, Seen, Un-Seen Disneyland and it was a book that I really enjoyed. It has always stood out for two reasons: tons of photos and a dedication to getting the facts straight. Russ has returned with the second volume and I’m glad to say that the book has improved tremendously and offers even more for the Disneyland fan, including a ton of photos! 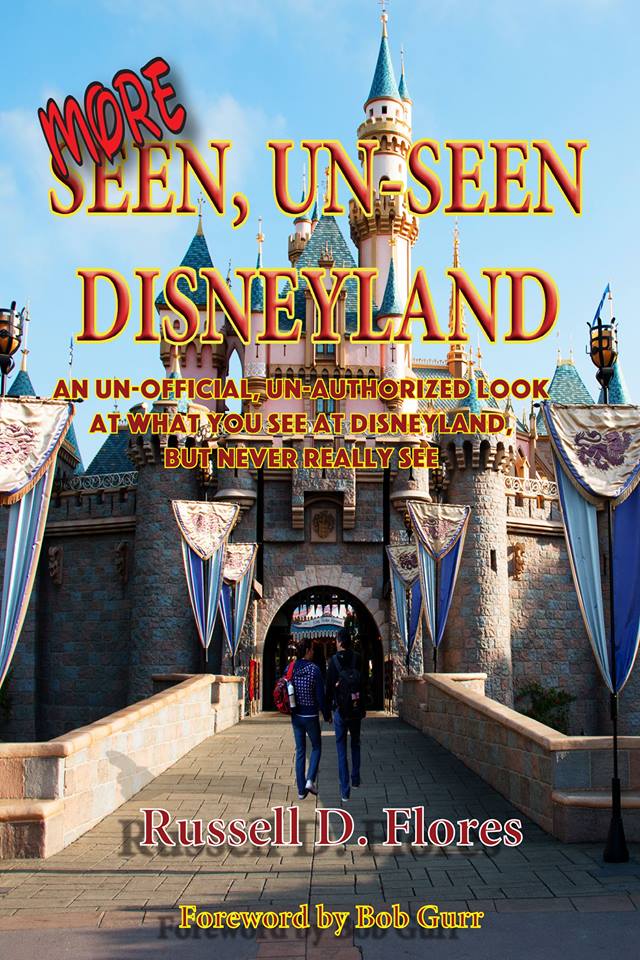 Much like the first work, Russ is really looking at all of the little details that makes Disneyland so great. He hasn’t written a Five Legged Goat™ guide to Disneyland, per se, since he covers more than the tributes and hidden stories. In a lot of cases Russ includes something in the book simply because he likes it or it caught his attention.

As I mentioned earlier, Russ is pretty darn tenacious when it comes to researching or verifying a fact. He won’t include it simply because he saw it online somewhere. That means a lot to me as a researcher and as a librarian. In a few cases, if Russ can’t verify a fact, he’ll include what he’s heard and where he heard it. Sort of like covering his bases. As much as I hate it when “fan-based facts” get traction, I’m glad that Russ presents them and talks about why he thinks they aren’t true. He’s also done an incredible job of documenting his resources, which include books, websites and podcasts. I can’t tell you how many times Russ sent me a message trying to track down what something meant. 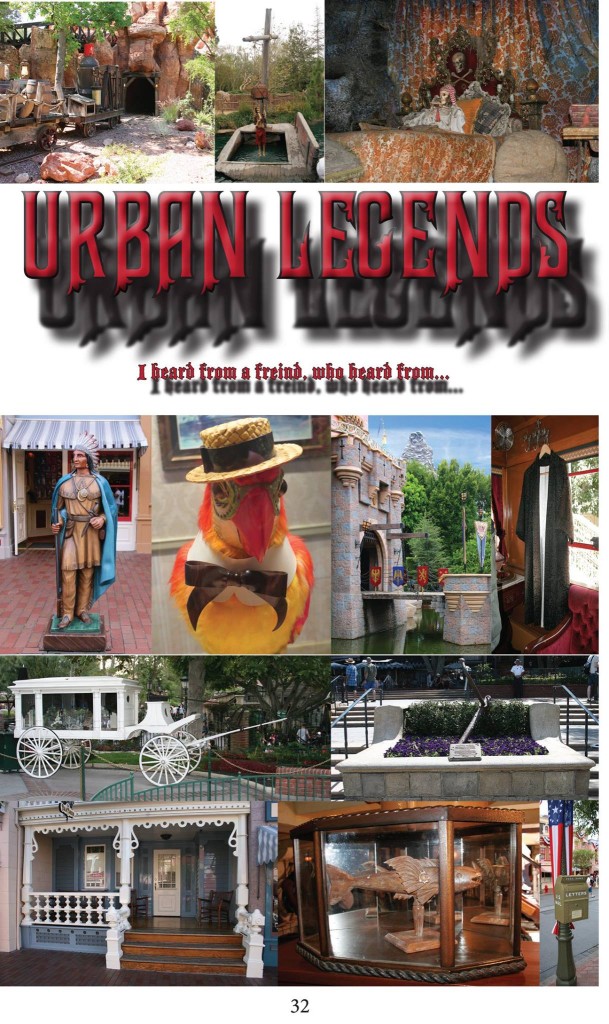 The book has a ton of photos in it, covering so many aspects of Disneyland, that it’s pretty incredible. He covers so many different things that some people would consider mundane, but I’m glad he’s documented them with photos and text, when applicable. Like the first book, it’s going to be something that people are going to cherish in a few years because of the level of detail that Russ has provided. Russ really set out to document and prove that Disney and the Imagineers were right in creating this level of detail in the park; that spending the time and money is worth it because people sense the difference between a Disney park and most every other park in the world.

More Seen, Un-seen Disneyland has 14 different sections that take a broad look at the park based on subjects, like: Urban Legends; Signs; Tributes; Landscaping; and a few others. Like the first volume, it’s a great way to tour the park in a book without going land-by-land. It also makes for a nonfiction book that offers more of a narrative.

If you’re a Disneyland fan, then you’re going to really love More Seen, Un-Seen Disneyland. It’s one of those rare titles that really stands out, since it’s not just a litany of facts or descriptions. Russ shares the things at Disneyland that tickle him and make the Disney difference to him. And I think that’s pretty cool.

Are you going to add More Seen, Un-Seen Disneyland to your collection? Have you had a chance to read it, yet?