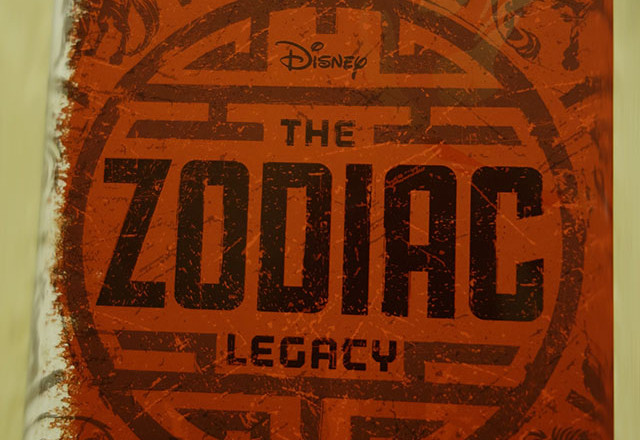 Zodiac Legacy: Convergence was a review title that showed up rather unexpectedly. Stan Lee and Stuart Moore penned the novel, with illustrations by Andie Tong. Right off the bat, I was pretty excited about this series. 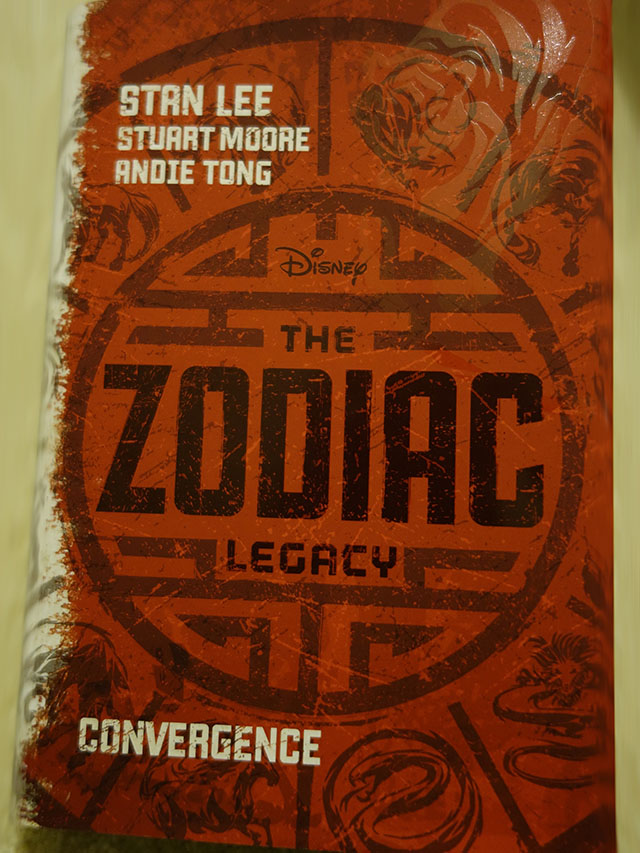 Based on the blurb, this looked like a pretty cool series; one that could easily be adapted into the Marvel cinematic universe or as a video game. We meet Steven Lee (no relation), an eighth-grader on a class field trip to Hong Kong. While touring a museum, he follows a tour guide after hearing muffled cries and screams coming from the basement levels. In the lower chambers, we meet the guide (Jasmine), Carlos and Maxwell, who wears the mantle of a megalomaniac super-villain very well.

Maxwell is trying to capture the twelve zodiac powers while Jasmine and Carlos are trying to stop it. Something goes awry for Maxwell and the zodiac powers are channeled into the world and zap some unsuspecting teens in different countries, including Steven, with zodiac powers.

Yeah. There are 12 powers based on the Chinese zodiac. Dog, dragon, rat, rabbit, horse, snake, etc.—each with a different type of strength, so to speak. 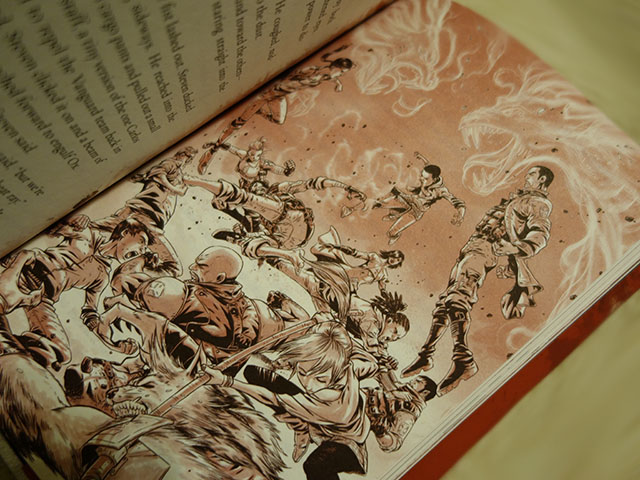 Stan Lee Zodiac Legacy is fairly long and, honestly, took me a long time to get through it. Andie Tong provided many different illustrations for the book, usually of key action scenes. The illustrations helped bridge the gap between juvenile fiction and comic book. Still, I didn’t feel like there were enough illustrations throughout the entire book. Overall, I felt like I had to push myself through the first 150 pages or so. The last 100 pages were fairly action-packed, but it still felt like the story just dragged on way too long.

My first thought on Stan Lee Zodiac Legacy was that it was a great idea for a series, especially geared towards fifth through ninth graders. After reading it, it might be a little too challenging for the fifth grader and a little too slow for the ninth graders. Also, all of the good guys were teenagers and the bad guys, or mercenaries, were adults. But I guess all adults are evil, right?

Stan Lee Zodiac Legacy is hard to recommend it for adult readers unless they are fans of everything Stan Lee has done. I do like where the story is headed, but I’d like to see a more concise story-telling with the action punched up. It was almost like the authors spent too much time developing the characters as regular kids and not enough time letting the kids show off their stories by their actions. The addition of the illustrations was really well done, especially considering that it is a superhero book. Tong’s style is well-suited for the genre and communicates the action clearly.

Overall, it seemed like they were trying to do something Harry Potter-ish for the superhero genre. Unlike the Potter books, length doesn’t always equal an epic tale. The book series is also written with the reticent reader in mind; the kids that don’t want to read but will latch onto an engaging title. It just misses the mark somewhere.