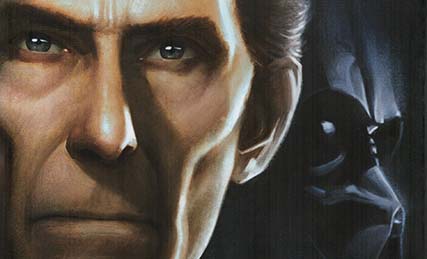 George: I’ve been a Star Wars fan since I saw the original film in the theaters. I carried a yardstick with me all over the neighborhood that summer and dreamt of being the Jedi that saved the galaxy (especially one far, far away). I lived through the dearth of Star Wars in the late 1980s and early 1990s; the moment that the Thrawn Trilogy was released, it felt like a rebirth. I began collecting and reading every book about Star Wars that I could find. Until the 1999 release of Vector Prime, in which Chewbacca died. The entire series had become muddled and I just lost interest in keeping up with all of the different books. Honestly, when Disney bought Lucasfilm and then announced that all of the books written outside of the film adaptations were no longer canon, I was relieved, confused, and hopeful. When Star Wars Tarkin was released in November, 2014, I was very excited and ready to jump back into the Star Wars universe.

Jeff: I’ve made no effort in hiding the fact that I kind of like the Star Wars movies, (to be far, Empire is AMAZING), but I love all of the expanded universe stuff. The books, the games, the comics, and so on…I couldn’t get enough. Shadows of the Empire is STILL one of my favorite books. But much like George, I was curious to see what Disney was going to do when re-writing the EU that has been in our hearts and minds for years. And the first thing we both experienced with that was Star Wars Tarkin...and man, it makes me so happy that they did it! 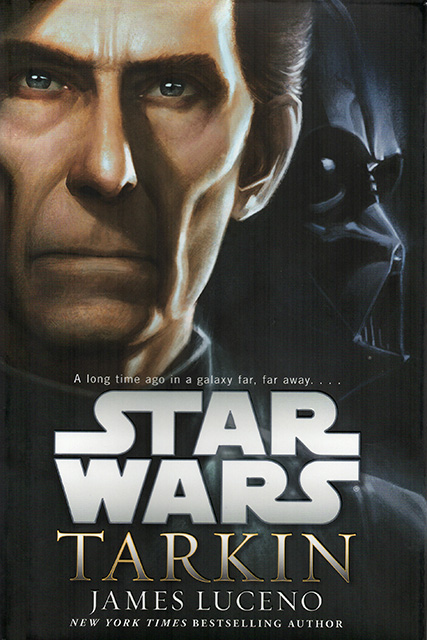 George: So, how did Tarkin become Grand Moff Tarkin? That’s pretty much the basis for this novel. We first meet Tarkin as a young boy from a family of means that has a pretty unique way of grooming their males for success. In Tarkin’s case, it plays off in spades and you see see a glimpse of his intelligence and future leadership skills. As the novel progresses, we follow Tarkin’s career and his eventual pairing with Darth Vader.

Jeff: To me, it was pretty ingenious to show Moff Tarkin as he is in the “present day” of the novel: overseeing a secret construction project (which we know eventually will become the Death Star), using his intellect to sniff out a conspiracy, and interspersing it with flashbacks to his youth, so we can see how his character was formed. This is the SECOND of the new Expanded Universe novels, and even though I thought the first one was good (A New Dawn), this one completely blew it out of the water.

George: One of the things that I really loved about Tarkin was the development of the title character. We only see Tarkin at the end of Revenge of the Sith, in the Clone Wars cartoon and, of course, in A New Hope. Getting this longform look into the character is really quite eye-opening. One thing that caught my attention was that Tarkin was presented in a similar vein as Sherlock. He was quick with the details and able to suss out the little things that made an ally or opponent tick. It added a dimension to the character that made you sympathize with him, even knowing what he does in A New Hope.

Jeff: This is going to be a weird comparison to make, but I liken this book to some of the “Disney villain back stories” we reviewed awhile ago, like “The Beast Within” or “Fairest Of All.” However, Star Wars Tarkin is a perfect example of how to do a villain’s back story RIGHT. I was engaged and interested from the get-go, and really enjoyed Tarkin’s past being fleshed out over the course of the novel. It gave some great insight into his personality, and how he came to be close with Vader (as they are in A New Hope). It’s pretty amazing. 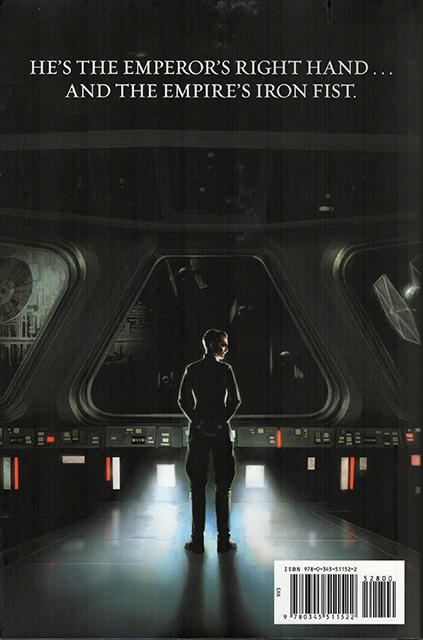 George: Agreed, this is the way a back story should be done. I enjoyed a lot of the expanded universe, but found that I was getting lost in the different storylines and series before Disney bought LucasFilm. Star Wars Tarkin integrates beautifully into the cinematic universe and really adds a lot of flavor to the overall series. I can’t wait to read more (like the forthcoming Heir to the Jedi).

Jeff: So, basically, read this. Especially if you’re interested in how Tarkin became the first Grand Moff of the Empire. And because it really is a fantastic read, and worth your time. They really nailed it here.

Are you going to pick up a copy of Star Wars Tarkin?

3 thoughts on “Star Wars Tarkin, A Review by Jeff and George”