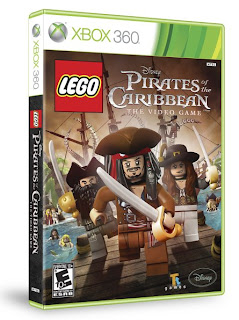 Disney’s LEGO Pirates of the Caribbean The Video Game

We received a review copy of the Xbox 360 version of Disney’s LEGO Pirates of the Caribbean last week and spent a fun-filled weekend playing as Captain Jack Sparrow, Will Turner, Elizabeth Swann and more than 70 other characters from the wildly successful film franchise. 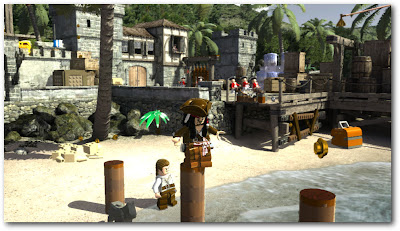 I have to admit, that playing Captain Jack Sparrow was hysterical. The designers at TT Games have nailed Sparrow’s swagger and walk. As strange as that sounds, it really added to the overall feel of the game.We have played (and own) all of the other games in the LEGO franchise. We are big fans of the Star Wars LEGO games and after playing Lego Star Wars III: The Clone Wars, I was apprehensive about the difficulty level for younger kids. Most kids under 8 are going to have issues with completing some of the quests and the puzzles. The co-op play will allow an older sibling or parent to drop-in at will or play the entire level. One way of keeping gamers moving towards the goal is by using Captain Jack’s compass. Accessing the compass from the mini-menu sends out a clue or two for you to follow.

TT Games continues their LEGO-typical gaming with this title: 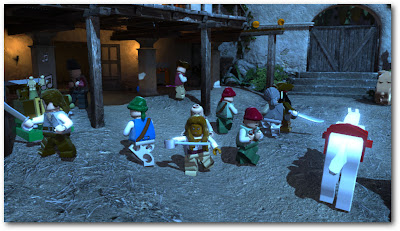 The most important part of this game is the co-op play. It really brings a solid, pro-family gaming experience. It is a great way to bond with the younger Disney geeks in the family. It also inspired my kids to re-watch Pirates Of The Caribbean: The Curse Of The Black Pearl. They did spend time comparing the cut scenes in the game to actual scenes in the movie.

Overall, this was one of the more exciting and accessible games in the LEGO franchise. It is also a game that offers challenges to all playing levels.

Besides, where else are you going to get an early preview of Pirates of the Caribbean: On Stranger Tides? 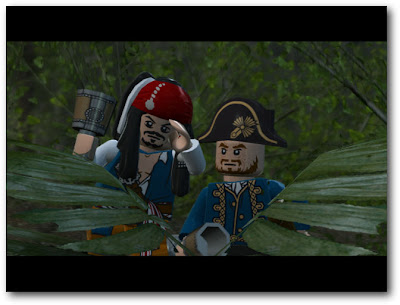 One thought on “Video Game Review: Lego Pirates of the Caribbean for Xbox 360”