Captain Marvel was a much-welcomed and heralded addition to the Marvel Cinematic Universe. The film was gorgeous and the action was top-notch, but I still talked to a lot of people that didn’t really like the film and called it their least favorite Marvel movie. Many comments were tangled with Brie Larson’s political and social views and some people felt that she never deserved her powers, like Captain America or Tony Stark.

When the review copy arrived, I watched the movie in one seating and the bonus features the following evening. Some of the spectacle was lost on the home screen, but it’s still a rich film with lots of visual appeal and that classic Nick Fury humor. 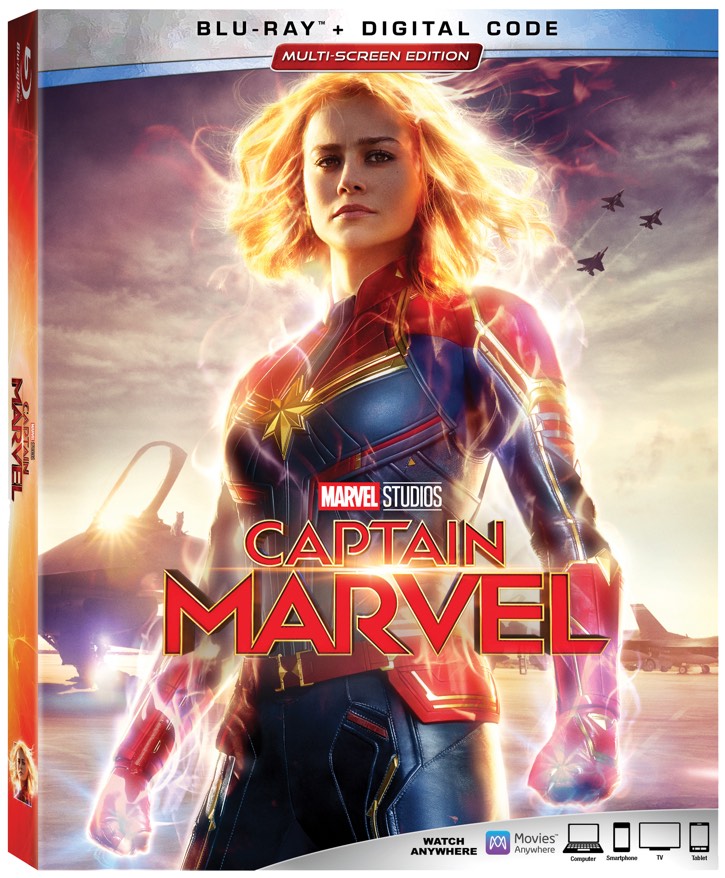 I left the theater impressed with the film and the storytelling. The special effects in regards to Phil Coulson and Nick Fury were incredibly impressive. I also enjoyed learning more about the backstory of the rise of the Avengers and S.H.I.E.L.D. Let’s check out the special features!

A couple of the special features stand out, especially the Nick Fury and Skree ones.

Are you going to purchase a copy of Captain Marvel? What do you think about the film?