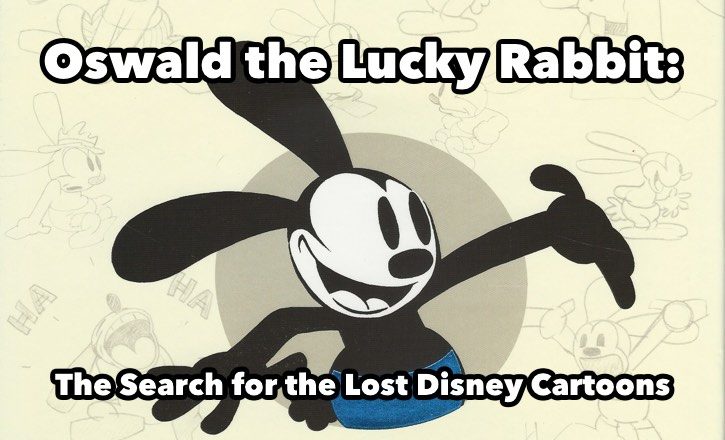 Oswald the Lucky Rabbit: The Search for the Lost Disney Cartoons

Oswald the Lucky Rabbit, Walt Disney’s earliest star, paved the way for Mickey Mouse. But what happened to Oswald? Based on the contract with Charles Mintz and Universal, Disney lost the rights to Oswald in 1928 after a series of successful animated shorts. When Disney decided to bring Oswald back into the company in 2003, there were many of the shorts lost to time. So, Disney acquired the rights and began to find the animated shorts. 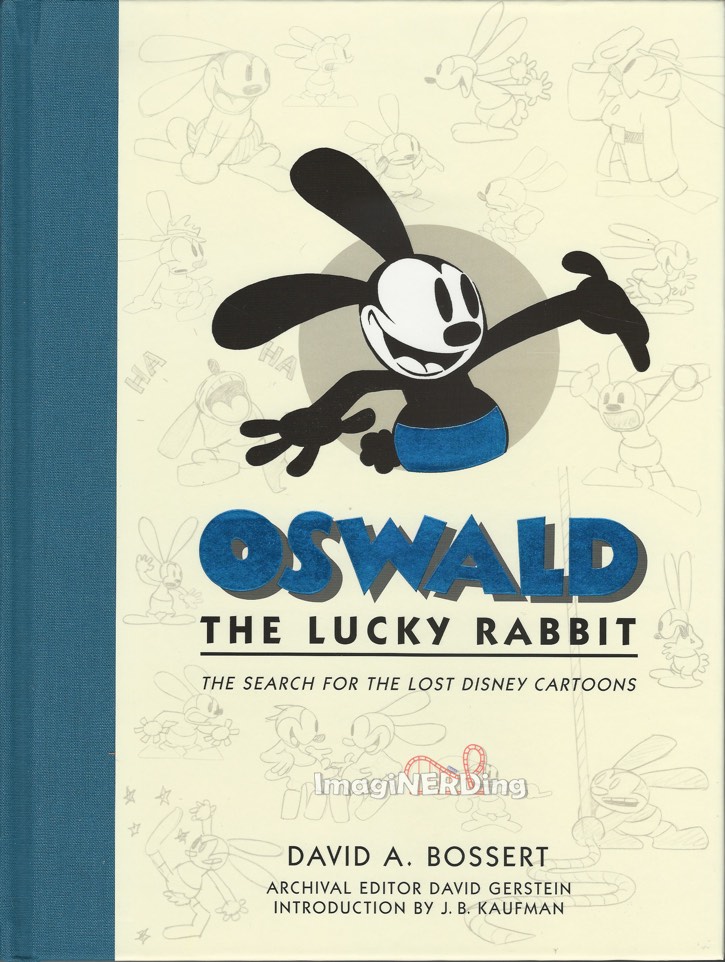 In 2007, when the Walt Disney Treasures – The Adventures of Oswald the Lucky Rabbit was released on DVD, only 13 of the Oswald shorts were available and a few had been reconstructed to the best of the producers’ knowledge. It was assumed the the other 13 shorts were lost forever.

In 2011, David Bossert (animator, filmmaker and author) ran across an auction for the Oswald short, Hungry Hobos; he convinced the Disney Company to pursue the film to restore and add to its library. Thus began the genesis of the book: Oswald the Lucky Rabbit: The Search for the Lost Disney Cartoons. 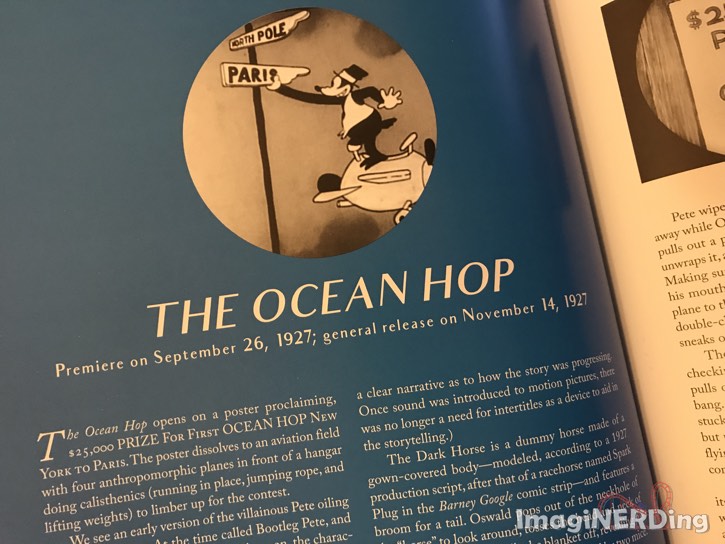 Working with animation historian and archival editor David Gerstein, Bossert traces the journey that spanned the globe to hunt down and acquire as many Oswald films as possible.

The first four chapters of the book detail the history of Oswald and the company. They quickly go into the re-aquiring, restoration, preservation and music of the shorts. The majority of the book (also known as chapter five) examines every Oswald the Lucky Rabbit animated short produced by Walt Disney. In wonderfully exhaustive detail.

Each cartoon has several pages dedicated to it. Bossert discusses how the short was found (if it was lost) and who did most of the work (usually Ub Iwerks) and the public reception. Then, Bossert does a complete breakdown of the film in narrative form. This is quite charming to see the changes over time in the Oswald shorts, as well as the breakthroughs in story-telling. Included are production sketches, poster concepts and stills from the restored prints. 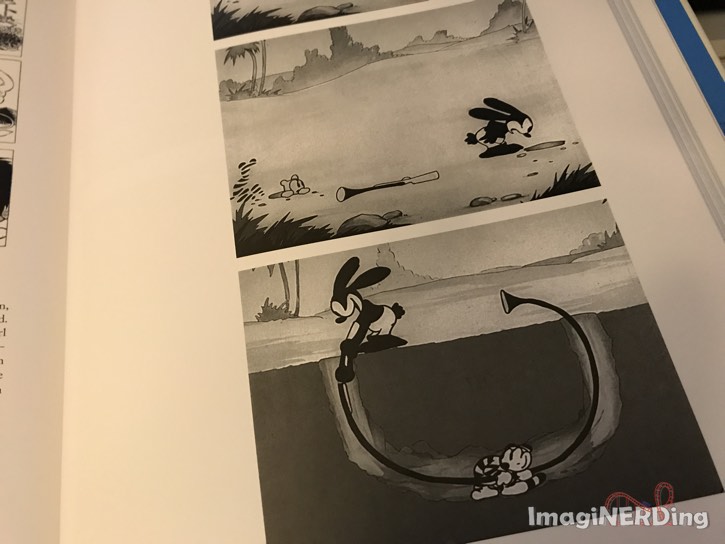 What About the Lost Oswald the Lucky Rabbit Cartoons?

For the lost cartoons, Bossert relies on as much information as can be found in archives and media. When available, the entire script is reprinted, since it might be the only information. In other cases, reviews of the shorts are presented outlining the story. Almost every short has some artwork, but it varies greatly in amount.

In some cases, the film is still completely lost and all that is available are scripts and production notes. The only information we have about the final product is based on reviews that appeared in newspapers or film publications. It surprised me at how much information was available, considering the films changed hands. It goes to show how well Disney retained documentation.

With the thirteen lost films, it’s quite eye-opening to think about the state of animation and the ability to preserve early films. With so many missing films, not just the Oswald titles, we could see a change in how animation history is presented and Bossert’s book is one that can lead the way.

Oswald the Lucky Rabbit: The Search for the Lost Disney Cartoons is a spectacular book and one that Oswald and Disney fans need to buy. Animation historians will treasure this book and, hopefully, it will lead to other finds. Bossert (and Gerstein) have set a standard that can be followed by other historians. The book is fun, engaging and enlightening.

You don’t happen to have a lost Oswald the Lucky Rabbit cartoon, do you?

Are you going to pick up Oswald the Lucky Rabbit: The Search for the Lost Disney Cartoons by David Bossert?

3 thoughts on “Oswald the Lucky Rabbit: The Search for the Lost Disney Cartoons”