Mulan and Mulan II on Blu-ray

Jeff and George review the Mulan / Mulan II blu-ray combo pack that was originally released in March of 2013. They reviewed the combo package on Communicore Weekly during its original release.

Jeff: For whatever reason, the first time I saw Mulan, I didn’t like it. I’m not entirely sure why, but it just didn’t sit right with me, However, on subsequent viewings, I came to appreciate it more and more. Re-watching it again, I have to commend Disney for breaking their typical formula, and centering a film on a strong, female protagonist. Much like they would do years later with Brave, Mulan gives little girls a new message: you don’t need to be a damsel in distress, and wait for someone to save you. Go out and do it yourself.

George: When I saw Mulan in the theaters, I fell in love with her, er, it. The film. Yeah. Anyway, I thought it was a breathtaking animated film that seemed to be one of the more grown up films that Disney had done until that time. They took a big step with the artistic direction in this 1998 film. The backgrounds seemed to take on a lush and more mature feeling than it’s predecessors. 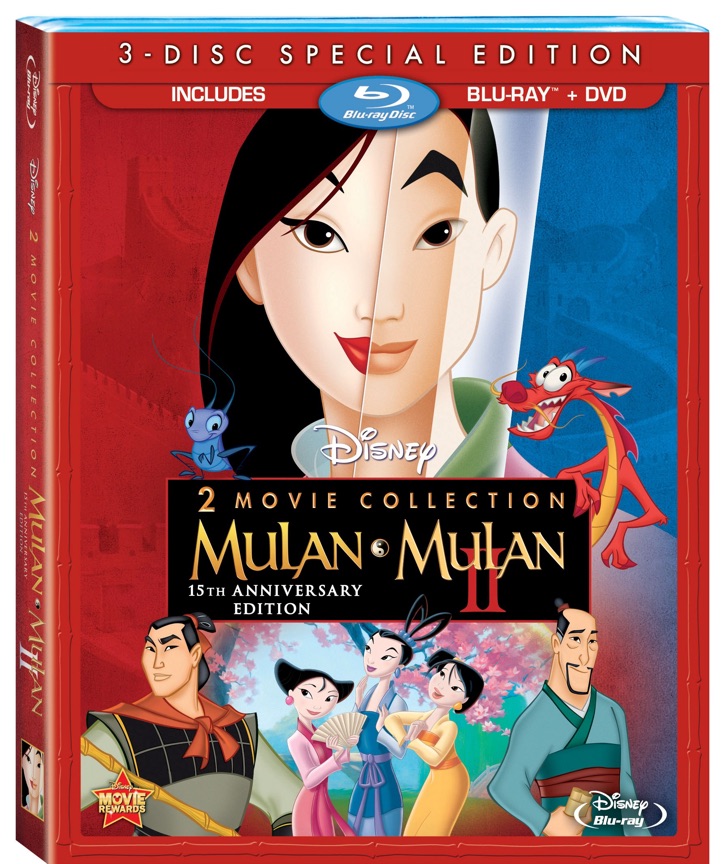 Jeff: I don’t remember ever seeing Mulan II before this viewing, either, and to be honest, this is one of their better direct to video efforts. The story here just seems so much better than what they usually churned out for these cheapquels, and the animation seems a notch above it too.

George: Mulan was the 36th animated film released by Walt Disney Animation Studios. It’s at the tail end of the second golden era and seemed to suffer from too many Disney films of the same ilk. (It was shoehorned between Hercules and Tarzan—another set of very under-appreciated films.) The animation was really well done and has the distinction of being the first production from the defunct Florida Animation unit.

Jeff: Visually, both films hold up on the blu-ray transfer quite well. Again, I had high expectations for Mulan, which it met in this area, but Mulan II’s visual presentation blew me away. Maybe it was because it was cared for a little bit more when it was released, but it really does look great.

George: One of my biggest complaints was that Eddie Murphy never got the critical and comedic fame for his role as the voice of Mushu. It reminded me of the lack of attention that Robin Williams received for Aladdin. Eddie’s humor brought a more modern take and was such a better role than the donkey he would play later. Still, the film is gorgeous and it has a fantastic soundtrck.

Jeff: Much like Hunchback, Mulan brings nothing new to the table for its blu-ray release. Considering this is the 15th Anniversary of the film, the fact that it just rehashes its old DVD extras is a bit disappointing, especially since they are all in standard def. There is the audio commentary track with Producer Pam Coats and directors Tony Bancroft and Barry Cook, which isn’t bad on its own.  Deleted scenes and making of featurettes round out the first film. Mulan II only has three short extras, which really are nothing to write home about. Overall, this is a strong release week for Disney films. If you already own them on DVD, I’m not sure if the high-def transfer alone will sell you on an upgrade (but they do look wonderful), but I would definitely recommend them if you don’t already own them!

What do you think about Mulan and Mulan II?