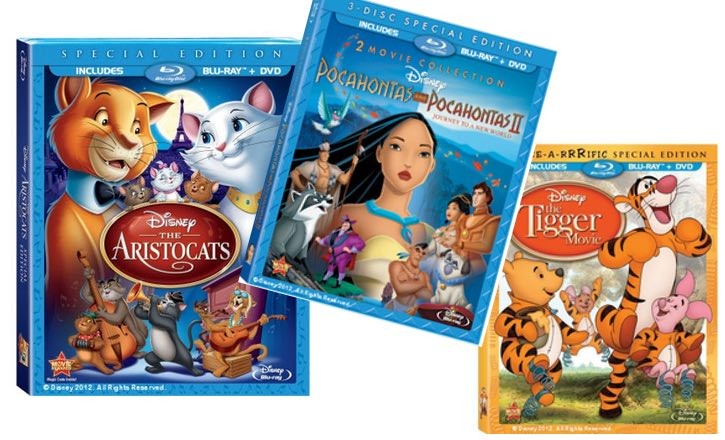 Pocahontas, The Aristocats and the Tigger Movie, blu-ray reviews

Disney released several blu-rays in August, 2012: Pocahontas and Pocahontas II (combo), The Aristocats and The Tigger movie. This review was originally posted as part of Communicore Weekly (the Greatest Online Show™).

George: Pocahontas was unfortunate enough to be released after the Lion King, arguably, the pinnacle of Disney’s Second Golden Age of Animation. How many movies could stack up to the runaway success of The Lion King is a good question, sort of like how many licks does it take to get to the center of the Tootsie Roll Pop. (JEFF SEZ: The answer is 4. Duh.) Pocahontas has had its detractors, especially the crowd that found fault with the historical accuracy.

But that’s not what we are about!

Jeff: No, we are here to talk about how much we actually enjoyed the film. I haven’t actually seen this film in a number of years, so watching it again opened my eyes to how much I liked it the first time I saw it. Like George said, it wasn’t a total success because it came out on the heels of The Lion King, but it still resounded with the public on a lot of levels. Sure, the story isn’t as strong, and some of the musical numbers aren’t as powerful, but they are certainly memorable. I found myself humming along to them, even after all these years.

George: When I watched this film, I was still amazed at the leaps that Disney Animation took in the late 1980s and 1990s. The film is large, sweeping and visually complex. Also, the music is still top notch.

Jeff: I think the biggest problem with this film is its lack of a good villain. Ratcliffe, set up as the bad guy, seems more like a bumbling buffoon than a classic Disney villain. He is borderline comic relief in some ways, and the tension of him being menacing just doesn’t work for me. However, with its transfer to Blu-ray, the film looks absolutely stunning, and that alone is worth the price of the disc.

George: The interesting addition is the inclusion of Pocahontas II on this set. I’d never seen it before and I really had pains sitting through it. It was a direct-to-video sequel and it showed. I swear there were times I thought I was watching a really bad Beauty and the Beast rip-off. The film is terrible and it a detriment to the Bu-ray release. The biggest disappointment to me, though, was the fact that the space that Pocahontas II took up on the Blu-ray didn’t allow for as many extras or features with other theatrical released films.

Jeff: I think the less said about Pocahontas II: Journey To A New World, the better. Like most direct to DVD sequels, this one suffers the same fate: it stinks. Everything that made the original so great is completely left out of this sequel, and it lessens the intense romance that was set up in the first film. They shoehorned Pocahontas’ real life husband, John Rolfe, into a boring love triangle that just doesn’t work for me. And honestly, nothing about this film works for me. 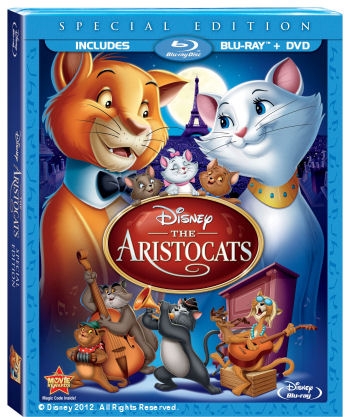 Jeff: Here’s the thing about The Aristocats…I like it, and I don’t at the same time. It’s the first film conceived and released after Walt’s death, and it shows. To me, it seems like a take off of 101 Dalmatians in a lot of ways. Replace the dogs with cats, London with Paris, and Cruella with the butler Edgar, and it’s almost the same film. I know this was made at a time where there was no real direction from Uncle Walt, so I can’t blame them for sticking to a formula they knew worked in the past, but I just feel it could have been so much more if they took a bit more risks with the story. That being said, that formula DOES work here, and I still enjoyed the heck out of the film.

George: This film has always been an odd duck to me. I agree that, again, this film is a victim of timing and really could have used a lot of redressing in the story department. But this is also a film that both of my boys fell in love with and it was great to sit as a family and enjoy the high-definition version of the Aristocats.

When we watched this film in high-definition, we were surprised at the mess that we saw with most of the character animation. This is a result of the Xerography process pioneered by Ub Iwerks during the creation of 101 Dalmatians. The idea was to save time and money by not needing to transfer the animators’ drawings to a cell by hand. It also left a lot of the original lines of the animation drawing which the animators actually liked. Walt was never happy with the final look; he always thought it looked a little dirty. This is the first time that I have ever noticed it and it was extremely distracting. It is interesting to see the process of animation and just looks a little out of place in the final product.

Jeff: Overall, the movie is enjoyable, if you’re looking for something mindless. The obvious stand out is the song Everybody Wants To Be A Cat, and that is the thing you will remember the most about the film.

George: The music is still my favorite part of the film. The extras featuring the Sherman Brothers were well done and surprisingly charming. If you loved the film and are a Disney animation fan, then this is a Blu-ray to pick up. 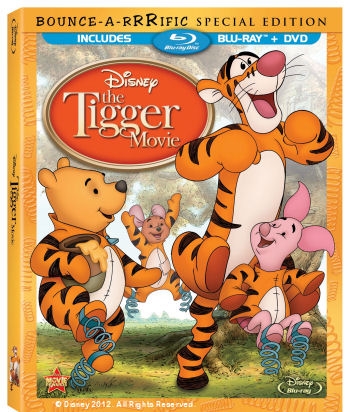 Jeff: The Tigger Movie is a weird one, that’s for sure. Unlike the incredibly charming, slightly re-imagined Winnie the Pooh movie from last year, this effort focuses solely on Tigger and his search for others like him. This movie was produced for a fraction of the cost of Fantasia 2000 and The Emperor’s New Groove, two other films released around that time, but made a boat load more money. That’s saying something.

Despite his claims earlier of the most wonderful thing about Tiggers is that he is the only one, Tigger longs to find his family. His friends see his discontent, and write a letter to him in the guise of his family, which set him off to find this fictional family.

While the story is pretty good overall, the real standout is the music. The Sherman Brothers return to pen a handful of new tunes that are instantly timeless and invoke a sense of nostalgia for them, even though you’ve never heard them before.

If you’re a Pooh fan, and especially if you’re a Tigger fan, I would definitely suggest picking this up if you don’t already own it. Its transfer to Blu-Ray helps the picture a bit, and it’s definitely worth having on your shelf.

So, do you own any of these titles? Which one is your favorite?

One thought on “Pocahontas, The Aristocats and the Tigger Movie”