Hats off to (Disneyland) Hats

Paying any modicum of attention to social media, and you would think that the ubiquitous Mickey and Minnie Mouse Ears headbands had only been invented recently.

The invention of the Mickey Mouse ears is attributed to Mickey Mouse Club Big Mooseketeer Roy Williams who says he was influenced by a gag in the 1929 animated short Karnival Kid. In the short, Mickey tips his ears to Minnie, creating this wonderful sight gag. 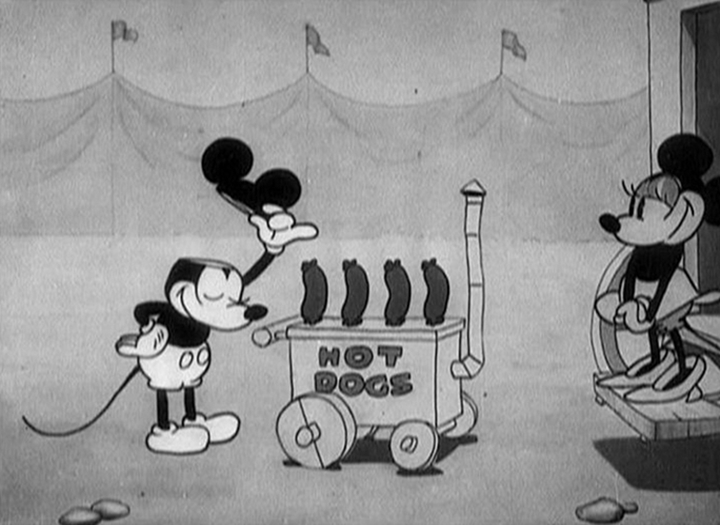 Apparently, this gag was also performed by Oswald the Lucky Rabbit while the series was still being produced by Disney.

I ran across a one-page piece for Disneyland hats in the Winter 1976 Disney News…years before Instagram-posing became the norm! 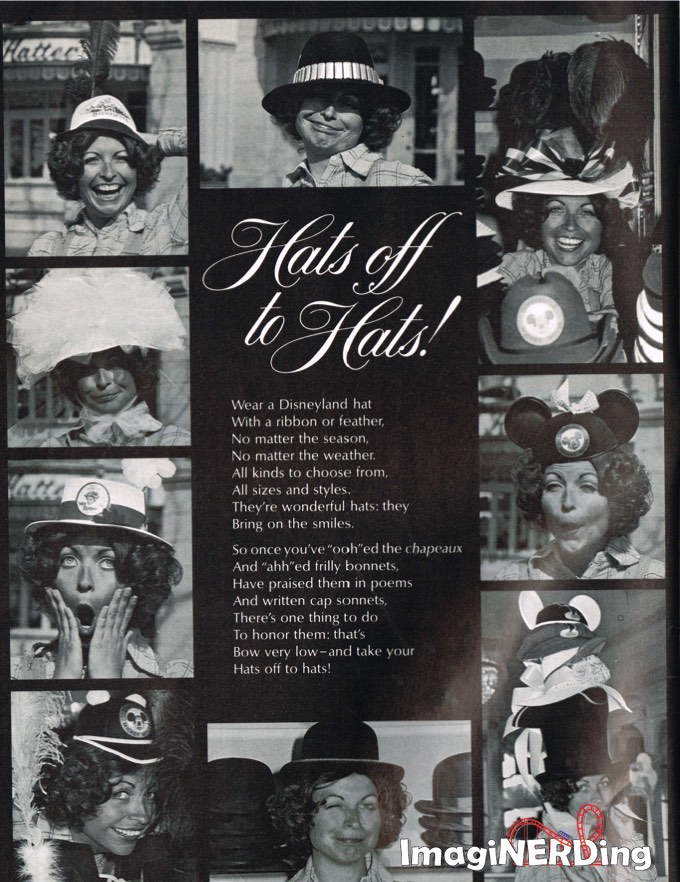 Wear a Disneyland hat
With a ribbon or a feather,
No matter the season,
No matter the weather.
All kinds to choose from,
All sizes and styles.
They’re wonderful hats: they
Bring on the smiles.

So once you’ve “ooh”ed the chapeaux
And “ahh”ed the frilly bonnets,
Have priced them in poems
And written cap sonnets,
There’s one thing to do
To honor them: that’s
Bow very low-and take your
Hats of to hats!

At the time, film and the process of developing photos was still an expensive process. A photo shoot lie the one in the one-page piece would have been done with a professional photographer and model. Still, it’s interesting to see that things haven’t changed!

Looking for a great book on the history of Disneyland?