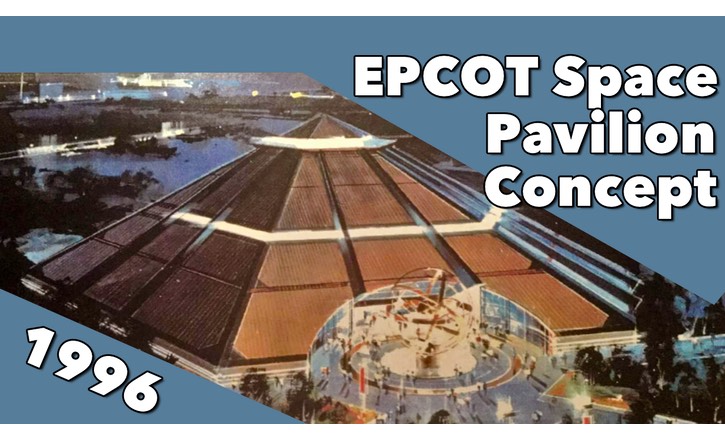 Back in the mid-1990s, Disney was looking to redo the Horizons Pavilion. G.E. decided not to renew their corporate sponsorship back in 1993. This left the pavilion without the deep corporate pockets to spring for a refurbishment. The original EPCOT Center sponsorship contracts were for ten years and only Exxon signed up for affectional terms with the Universe of Energy. Horizons officially closed December of 1994, but was brought back online a year later since the World of Motion and the Universe of Energy both went down for refurbishment (and more, in the case of the World of Motion).

One idea kicked around since the beginning planning stages for EPCOT Center has been a Space Pavilion. The lack of a sponsor and an unattainable scale kept this pavilion firmly grounded. I ran across an amazing 26-page document from 1996 that offered a vision for a Space Pavilion that re-used most of the Horizons building and ride system. And offered a tantalizing new ride system called The Speculator. So why didn’t we see a Space Pavilion until 2003 with the opening of Mission: Space (still one of my least favorite attractions)?

Part two of the video will take us to the Digital Imaging Center of the Space Pavilion and we’ll take a ride on the attraction’s new experience: The Speculator.

What Do You Think About This Concept for the Space Pavilion at Epcot?

2 thoughts on “Epcot Space Pavilion Concept from 1996: Part One”