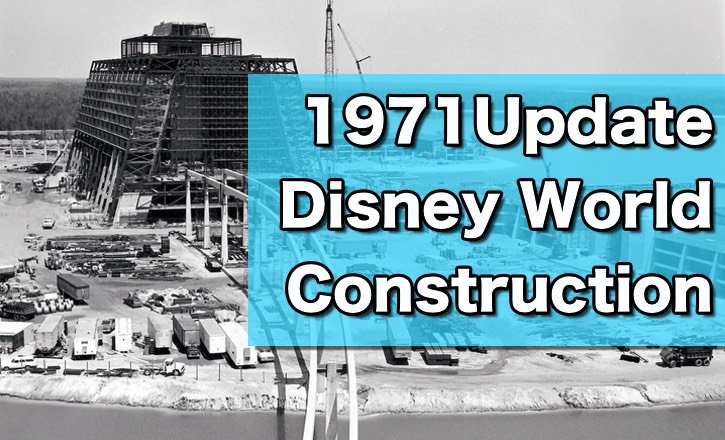 Something that fascinates me is how Walt Disney World was presented and marketed before and after the construction period. Most people were familiar with Disneyland and Disney’s attractions at the 1964/1965 New York World’s Fair. But how do you market and promote a 43 square mile vacation resort? 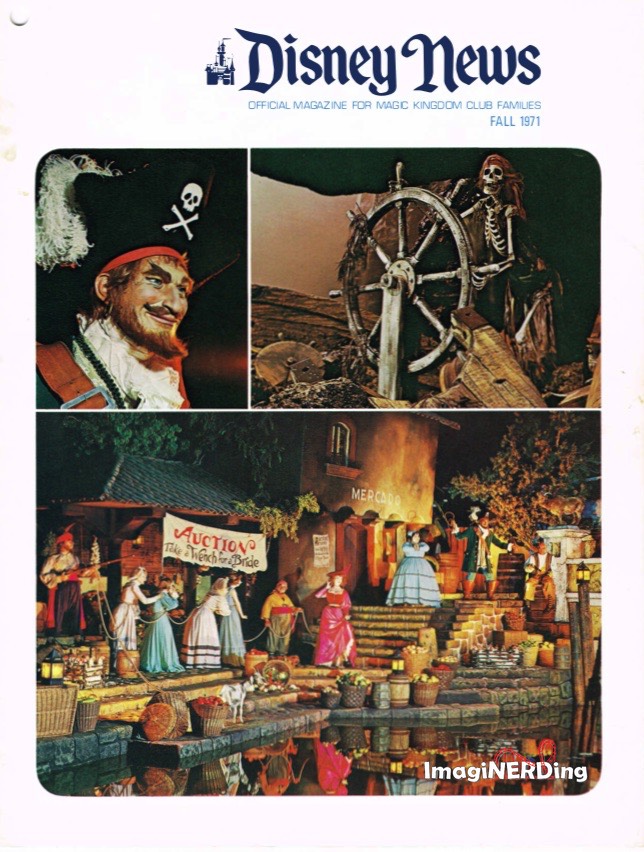 What is interesting are the numbers that are presented and what they are promoting to the Magic Kingdom Club families. There was also an advertisement to watch the opening of Walt Disney World on NBC-TV.

Let’s take a look at the progress of construction as we near the opening date. The images in the text are photos and scans I have in my archives that illustrate the topic but are not from the Disney News publication.

… After doubling its work force in three months to 8,000 construction workers on site, Walt Disney World is literally racing the calendar to an October opening . As of this writing (June)-
… The man-made Seven Seas Lagoon-a mile wide and three­ fourths mile long-is now fully ready for sailing or swimming . At a dry-dock near Bay Lake, the first of two 19th century-style side-wheels teamboats is nearly ready for launching. Tests are completed on its walking beam engine with a giant rocker arm unlike any built in this century.

… Six miles of monorail beams are in place and the first of six mono­rail trains is undergoing tests in Walt Disney World’s “roundhouse.”

… On the isthmus between Bay Lake and the Seven Seas Lagoon, finish work is well underway on the spec­tacular Contemporary Resort Hotel. All of its 1057 pre-assembled room units are in place. Suites, restaurants, shops, and convention and banquet halls are taking shape.

… Across the Seven Seas Lagoon at the Polynesian Village site, nearly half of the 500 rooms, built in an assembly plant four miles away, have been lifted into place. Other areas of the Village are on schedule.

… The Main Entrance complex, which will provide guest reception and lost-and-found facilities, pet mo­tel, and ticket booths, is 70 percent complete.

… Construction is underway on 230 campsites in nearby Fort Wilderness camp grounds to provide accommo­dations for Walt Disney World guests who prefer to bring their own hotel.
… Exteriors are complete on such varied structures as a steamboat land­ing and keel boat dock, Colonial tav­ern and Alpine Chalet, Main Street Emporium, and Haunted Mansion.

Looking for more information about the construction of Walt Disney World?

It’s amazing to think of how many photos that Disney published concerning the construction of the Magic Kingdom and the hotels. You don’t see Disney doing much of that today.

What do you think about this title?

Have you read it? Do you own both editions?

Check out my list of Walt Disney World books.