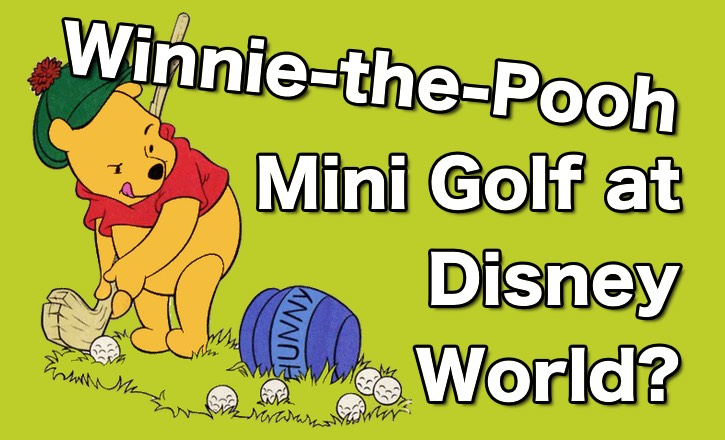 Many plans for the first few years of the Vacation Kingdom of the World (aka Walt Disney World) were shelved suddenly when the gas crisis of the 1970s took hold. People stopped traveling and the executives at Disney made the decision to delay many projects. Most people are familiar with the lost Western River Expedition, which would have been comparable at the time to Rise of the Resistance in scope and scale. There were plans for resorts, new attractions, shows and recreation areas that never saw the light of day.

But what about the miniature golf course located near the ferry boat dock by the Magic Kingdom?

This blurb from the July 1, 1972, Eyes and Ears talks about some construction outside of the Magic Kingdom:

Many a watchful eye has focused on an area next to the new ferry boat dock in front of the Magic Kingdom entrance. Buena Vista Vista President John Wise says the area is being cleared and landscaped and one day may become the site of the miniature golf course!

Many of the Eyes and Ears cast member newsletters of the 1970s had a Cast Comments section. The editors asked for questions from the cast and the questions ranged from issues about benefits to pondering about Walt’s EPCOT. It’s interesting because you get a glimpse of all of the different cast members that worked at Walt Disney World.

The November 4, 1972, Eyes and Ears had a very interesting question about putting greens…

Bill Shultz is a Food and Beverage Host at the Contemporary Resort who asks EYES & EARS if putting greens are due for installation at either of our two hotels.

From what we’ve been able to gather from the folks at WED, putting greens aren’t planned but a few miniature golf courses are!

A Winnie-the-Pooh miniature golf course has been designed for Ft. Wilderness, just a quick boat trip away from the Contemporary Resort. The 18-hole course will be situated near the new Western Town and should begin to rise by late 1973.

Future plans call for a miniature golf course near the Magic Kingdom entrance or in front of the Con­temporary Resort. No date has been set yet.
…..The Editor (November 4, 1972, Eyes and Ears)

What?  A Western Town at Ft. Wilderness?

Ok…those were some plans that got scrapped. Who knew they were planning a Winnie-the-Pooh mini golf at Ft. Wilderness. And a Western Town?

I know that Marc Davis had been working on concept art for a fun house and a live entertainment venue that would be a cross between Country Bears and America Sings at Ft. Wilderness. 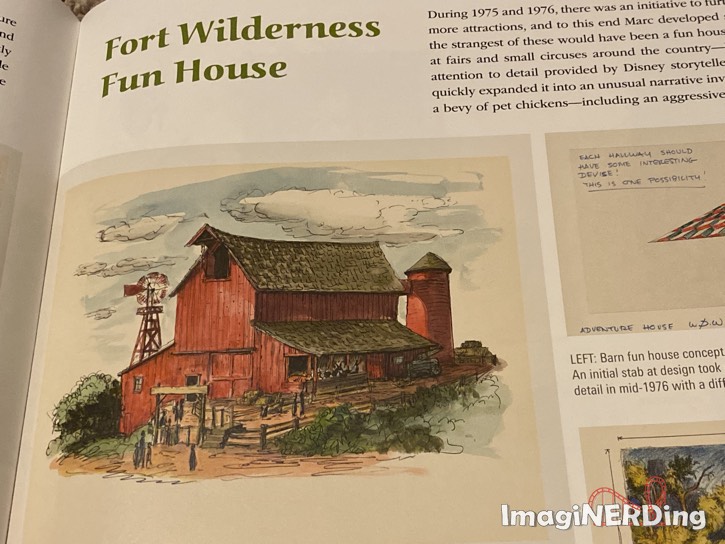 Yes, Marc Davis planned a Fun House for Ft. Wilderness that would be like the roadside mystery houses that dotted the landscape in the 1950s. 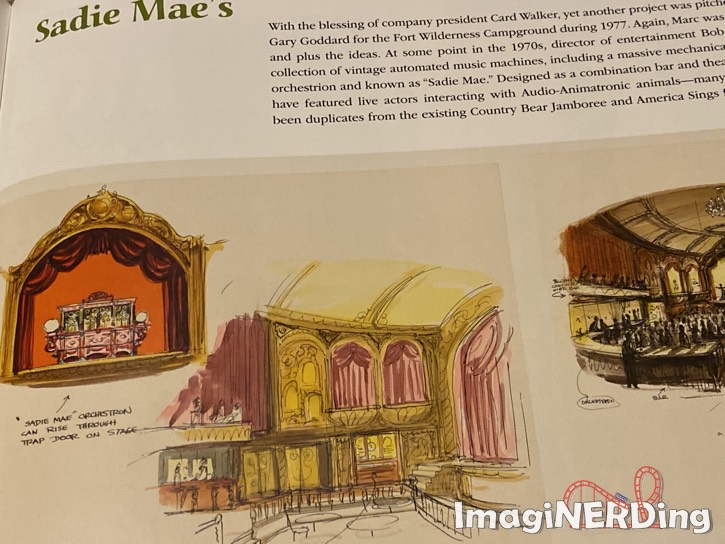 Sadie Mae’s was a show that pre-dated the Hoop-Dee-Doo Musical Review by just a few months. It was a Marc Davis concept that combined animatronic figures and live entertainers. I can’t imagine how amazing it would have been.

Want to learn more about these unbuilt attractions? Check out this book all about Marc Davis and his art:

Do you know anything about the Winnie-the-Pooh Miniature Golf Course that was planned?

FTC Disclosure: In some cases, a copy might have been provided by the company for the purpose of a review. This post contains affiliate links, which means that ImagiNERDing receives a percentage of sales purchased through links on this site. Thank you for your support!