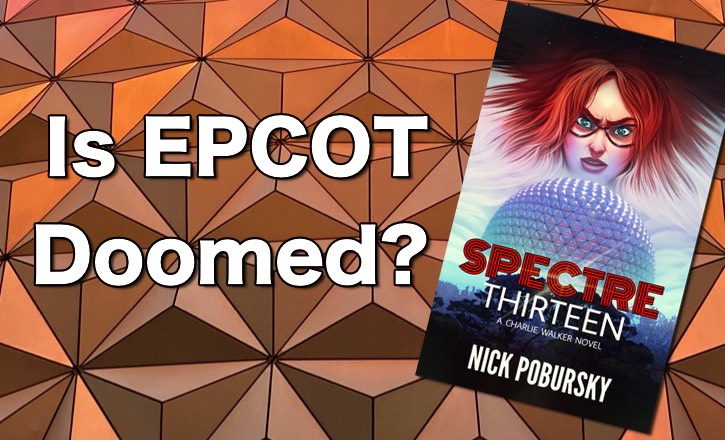 With that out of the way, I’d like to introduce you to Spectre Thirteen, the second book in the Charlie Walker series. And one of the great fiction books about Disney parks. Check out my review of the first book, Hollow World, here. Leonard Kinsey from Bamboo Forest Publishing sent me a review copy and I was eager to dive into the book. 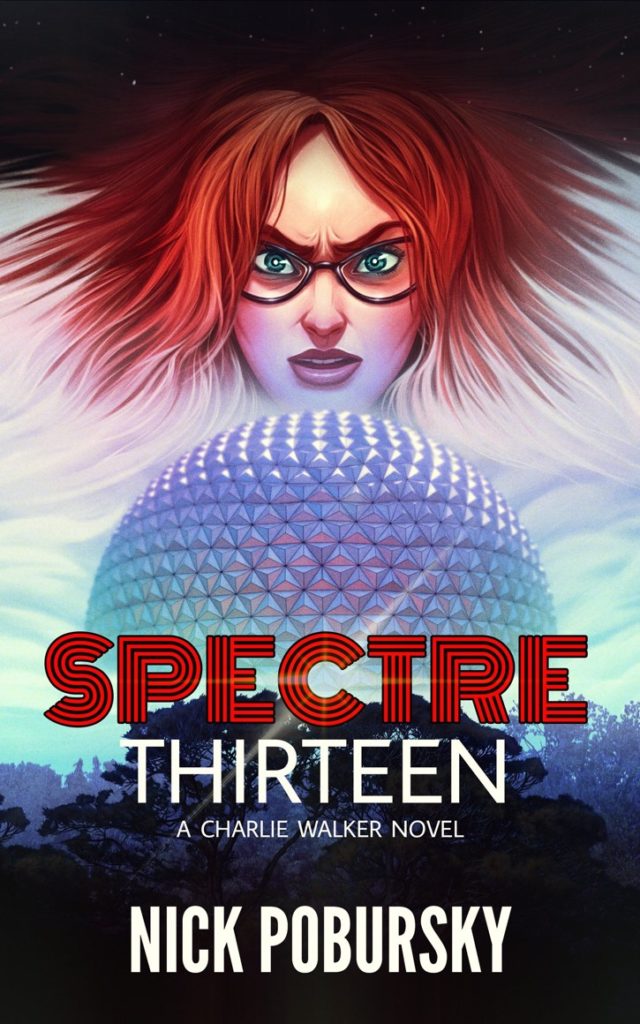 Charlie Walker is an ex-detective that made his way to become the head of Walt Disney World Security through the events of Hollow World. In Spectre Thirteen, we catch up with a Charlie Walker that’s living his best life surrounded by his family and friends. As expected (and hoped) Charlie’s enemy hatches a diabolical plot to destroy Walt Disney World!

Author Nick Pobursky weaves another tale that is wrought with high action, intrigue, suspense and Walt Disney World. Nick knows Disney inside and out, and is able to paint a (Disney) world that is true. Fans of Walt Disney World will be surprised at the locations that Charlie explores as he hunts down Spectre Thirteen and attempts to pull apart the plan to destroy (yes, destroy) Walt Disney World.

Nick is a master of action and plot development. His characters are rich and you feel the connections between them. Several moments in Spectre Thirteen are painted so cinematically that you’re just waiting for the movie announcement. Seriously, Nick is one of the lucky authors that can write action scenes and make them believable and exciting.

Spectre Thirteen is a novel for adults; no bones about it. There are scenes of violence and other adult activities, but don’t let that scare you away. Nick’s book is an E-Ticket experience that keeps you on the edge of your seat.

Dive into Spectre Thirteen, you won’t regret it. But make sure to pick up Hollow World first so you enjoy Nick’s latest book to the fullest.

Have You Read Spectre Thirteen or Any of the Other Bamboo Forest Publishing books?