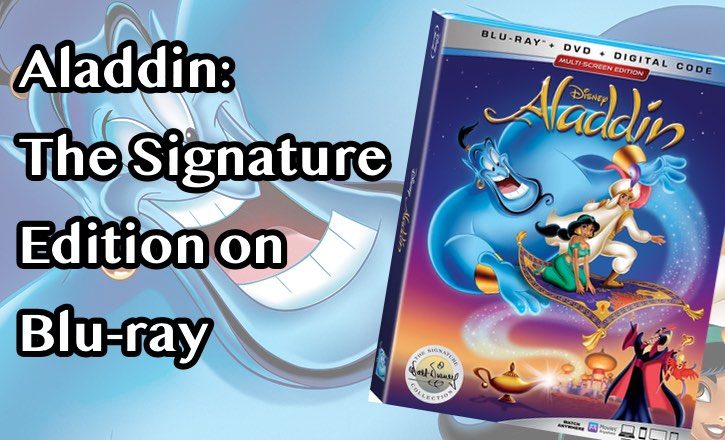 The 1992 Aladdin animated feature continued the success of The Little Mermaid and Beauty and the Beast. The Disney musical found its way to the forefront and changed pop culture and animated history. The true heart of the film was showcased in the music of Alan Menken and the should of the film shown through in the masterful performance of Robin Williams. Disney sent me a review copy of the animated feature and the 2019 live-action film for this review. 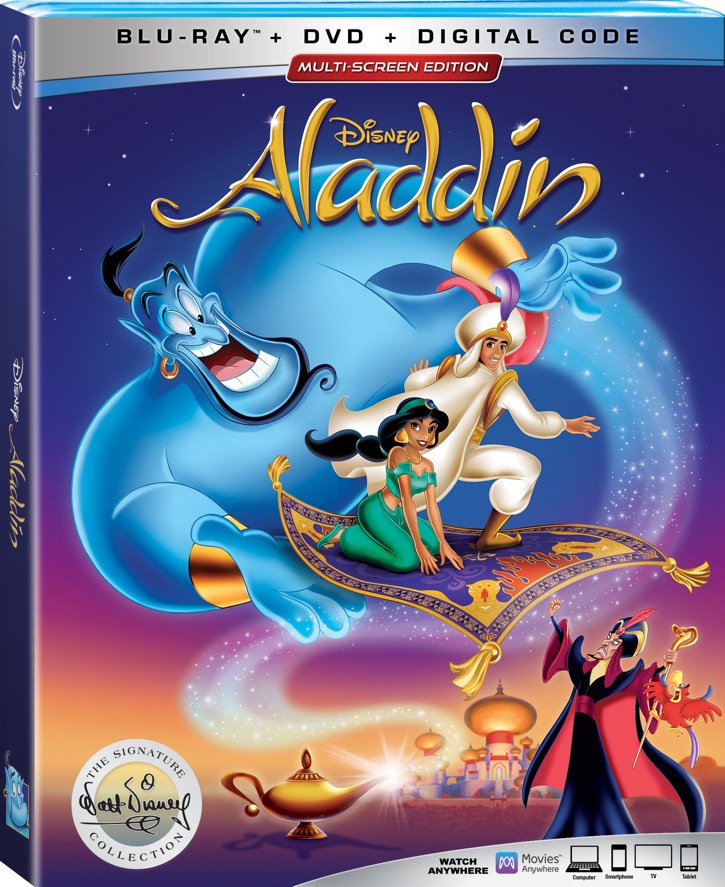 There’s no doubt that you love Aladdin and have watched it endlessly, but is there a need to buy the new Signature Edition? Let’s take a look at the special features and bonus material.

The new bonus features are fun, especially Aladdin on Aladdin, as we join the voice of Aladdin on a trip through 30 years of Aladdin. He runs into his fellow voice-actors and shares memories of the production. He even gets a singing lesson from Alan Menken! There was also a feature in which the directors discuss the legacy of Robin Williams and how he changed the film so much and was perfect for the genie. There’s also a segment with Ron Clements and John Musker as they discuss their history and how they came to meet and work together. DIGITAL EXCLUSIVE

The digital exclusives are the special features from previous releases and offer a lot historical features about the animated film.

Should I Buy Aladdin on Blu-ray or Digital Download?

The film looks and sounds amazing . The special features add to the enjoyment of the film and offers insight. If you don’t own a digital copy, then it’s worth it to have a version that you can stream anywhere. As far as an animated films, it’s one of the best from the second golden age of Disney animation and belongs in your collection. And it has some amazing songs!

Are You Going to Buy the Signature Edition of Aladdin?