The Land of Oz was theme park that existed at Beech Mountain, NC, from 1970 to 1980. Recently, the closed-down park has been open for tours in the early summer and fall. The history of the park is fascinating and has ties to Tweetsie Railroad, Dollywood and the growth of tourism in the North Carolina mountains.

The Robbins brothers (Grover, Harry and Spencer) built Tweetsie Railroad in 1957 and followed that with Rebel Railroad (now Dollywood) in 1961. They also made Blowing Rock a success and developed the Hound Ears Community focusing on golf. The Robbins brothers did more for Appalachian Mountain tourism in North Carolina than anyone else.

So, if the Land of Oz was not the Robbins’s first rodeo, why did it fail?

Tim Hollis, noted author of Southern and roadside tourism, explores the history of the park in his 2016 Images of Modern America book on The Land of Oz. Tim does address why the park failed, in addition to the creation and 10 heat span of operations.

One thing that Tim has done, which is unique, is he shares a lot of the ephemera and souvenirs for the park. I loved this addition since it’s usually not a part of most Arcadia Publishing books (I love the Arcadia titles, though). 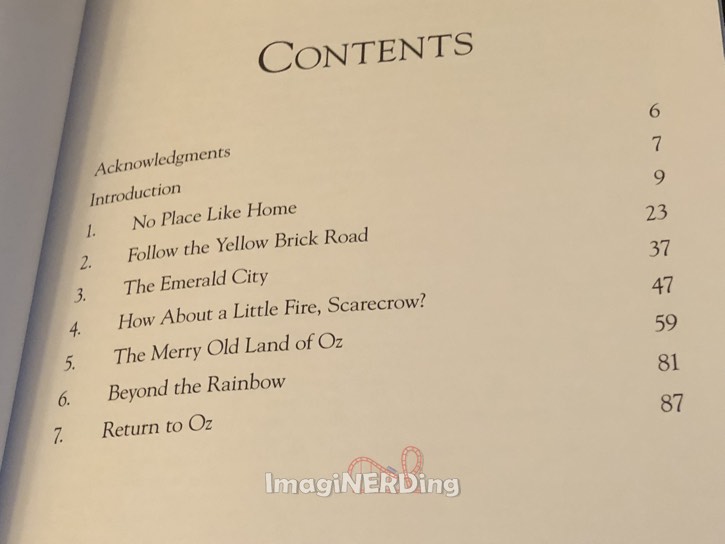 The book is replete with amazing full-color photos of the Land of Oz in its different stages. Tim shares the few concept art pieces still in existence and a few shots of the park under construction. The bulk of the book shares photos of the theme park in all its glory, hosting tourists and of the area. Tim covers the history of evolution of the park through anecdotes, sharing more images than I ever thought I’d see of the park.

One of the funniest themes presented by Tim concerns the length of Dorothy’s gingham dress. During the construction, PR photos shared a Dorothy that looked more like a waitress. During the first few years, following the forms of fashion, Dorothy’s dress could be considered a mini-skirt. Eventually, Dorothy’s dress gained a more modest length. Maybe this had something to do with why the park closed?

Regardless, Tim has created a wonderful look at a theme park that was more theme than park, and existed during the strange time of the 1970s.

Have you ever visited the Land of Oz? Do you have any stories from a visit?

Check out my video about the lost Western North Carolina theme parks:

Don’t forget to stop by my YouTube channel to subscribe and leave a comment! I post weekly videos about Disney, Dollywood, Carowinds, theme park history, roller coasters and Disney books.FTC Disclosure: I purchased this book. This post contains affiliate links, which means that ImagiNERDing receives a percentage of sales purchased through links on this site. Thank you for your support!