Walt Disney and Live Action: The Disney Studio’s Live-Action Features of the 1950s and 60s is a new book by John G. West that’s part reader and part encyclopedia of all of the live action films and television created under Walt Disney. When John contacted me about reviewing his book, I was mildly interested, since I’d not run into many sources that offered to cover such a gamut as all of the live action productions from the studio. 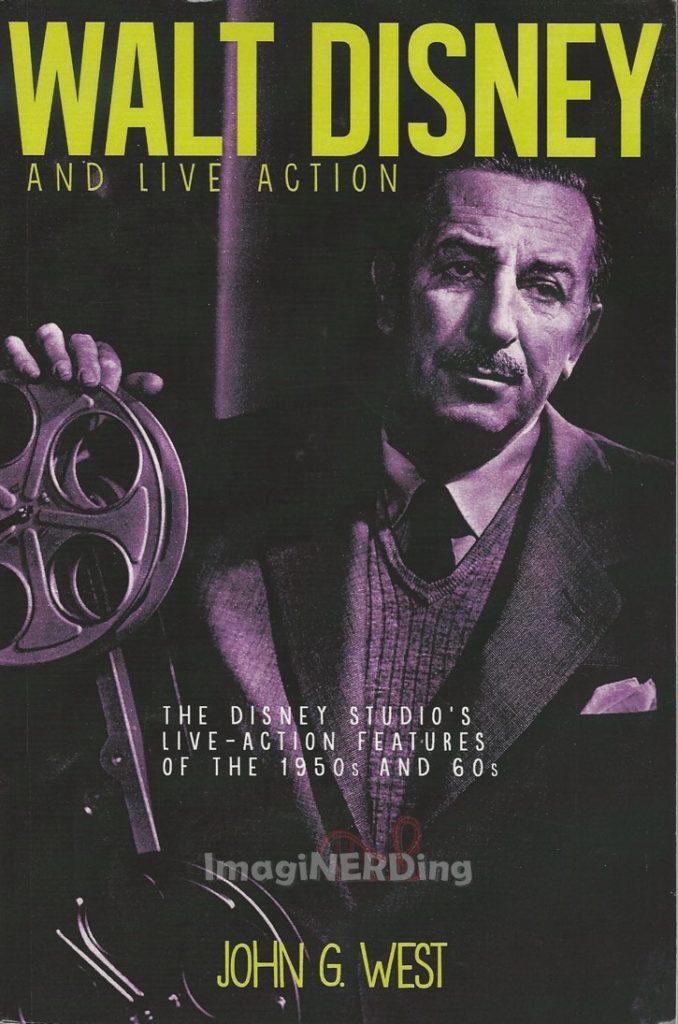 The book is divided into three major sections that look at Walt, the meaning behind the productions and the making of the films and television shows. The first two sections are essays while the third section details each production.

I was extremely surprised at how enjoyable the first two sections of the book were. John offers seven different essays that cover Walt and the meaning behind the studio’s live action output. The essays were enjoyable and intriguing. I found myself thinking in detail about the points John addresses and relating those points to other aspects of Walt’s life. When John discusses Walt’s “corniness” in relation to the changes seen in films of the day, you sense that Walt was still producing what he liked regardless of other studios. In all, the essays from John add a lot to the study of Walt’s life through his art.

The second part of the book (called Part Three), with over 200 pages, is an encyclopedic look at all of the live action films and shows. John looks at each one, alphabetically, and provides detailed information concerning the cast and the plot (as well as plots for individual episodes). John then offers a mini-essay on each production, relating it to Walt, the studio and the times. John also includes anecdotes from people that worked on the film, as well. 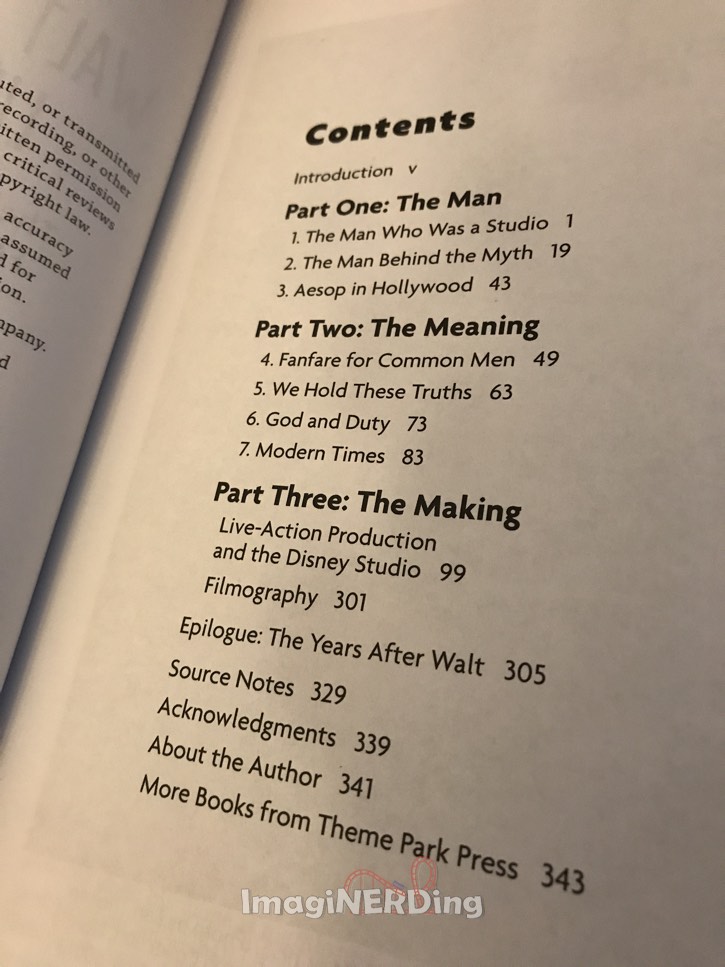 As much as I loved the essays from the first part of the book, Part Three is an incredible resource. Having a listing of all of the live action productions with background information is spectacular. The only negative comment I have (about the whole book) is that I would have liked to have the release date featured more prominently. Seriously, my only gripe about the book is a very minor issue.

The Epilogue is a 24 page essay about the films and studio after Walt’s passing. Obviously, it’s critical in nature, but it’s also a look into how the studio succeeded and fumbled; as expected, the studio fumbled more than not. John offers some insight into the changes in personnel and policy over the ensuing years, including Eisner and Iger. Overall, it’s a bittersweet and concise look at the intervening 50 years since Walt died. And how the company tried to find its voice.

Walt Disney and Live Action is ideal for anyone interested in Walt’s life or the studios during the 1960s and 1960s. John offers seven insightful essays that help expand the reader’s views on Walt Disney and the content produced. The encyclopedic entries on the live action are well done and offer a critical look at the productions.

Are you going to check out Walt Disney and Live action by John G. West?