The Walt Disney World That Never Was by Christopher E. Smith, a book review

The Walt Disney World That Never Was by Christopher E. Smith is a book that Walt Disney World fans are going to devour. The book is replete with stories of attractions that simply never made it off of the drawing board. Many of these projects, like the Western River Expedition, have become the stuff of legend and lore within Disney fan circles. But here, Smith has compiled all of the major attractions and placed them in one book. 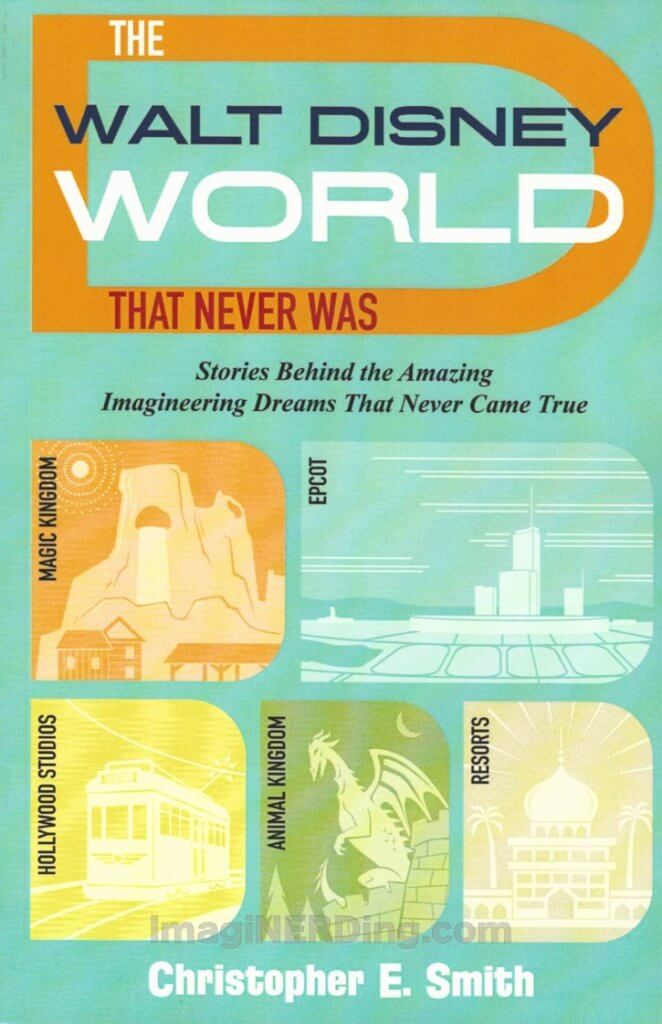 The Walt Disney World That Never Was covers the entire Walt Disney World resort, with each chapter focusing on a major attraction. Smith covers all of the lost attractions at the Magic Kingdom, Epcot, the Disney Studios, Animal Kingdom and the never-built resort hotels.

The strength of the book lies in the fact that all the stories have been compiled in one place; Smith does a great job of relating those stories to us. He does mention a few of the sources that he pulls information from but that is where my negative thoughts on the book come in.

Having been a Disney fan for many decades, I can corroborate most of the stories in The Walt Disney World That Never Was. I know that Smith really has done his research and I was always aware of what he was talking about. But this book simply doesn’t help future researchers or historians. With no end notes, footnotes or a practical bibliography, there’s really no use of this book for the future. It did remind me of a Jim Korkis book with the fact we just have to trust what he is saying instead of being able to see for yourself.

All negativity aside, I still really enjoyed the book and I do recommend it. Fans of Walt Disney World are going to love this title because there are things that they are not going to be familiar with. There were even a few surprises that I ran across.

Have you read The Walt Disney World That Never Was? Which project do you wish you could ride?