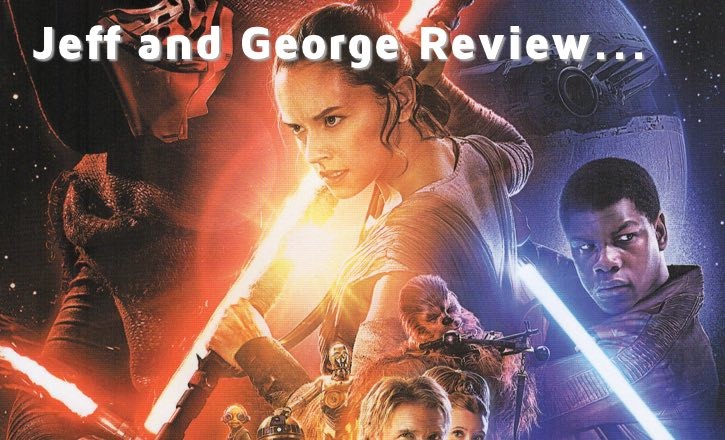 George: It’s no secret that we both loved The Force Awakens. It was a great film that really spoke to the current generation of film audiences. A lot of people complained about it re-hashing a lot of the elements from A New Hope, but The Force Awakens was still an amazing movie. We’ve also been reviewing a lot of great Star Wars books lately. When the novelization by Alan Dean Foster showed up, I know we were both pretty excited.

Jeff: Foster also wrote the original novelization for STAR WARS back in the 70s (though it was credited to George Lucas). I loved reading that book and seeing the differences, and was excited for Foster to really dive in and expand the story of The Force Awakens a bit more. 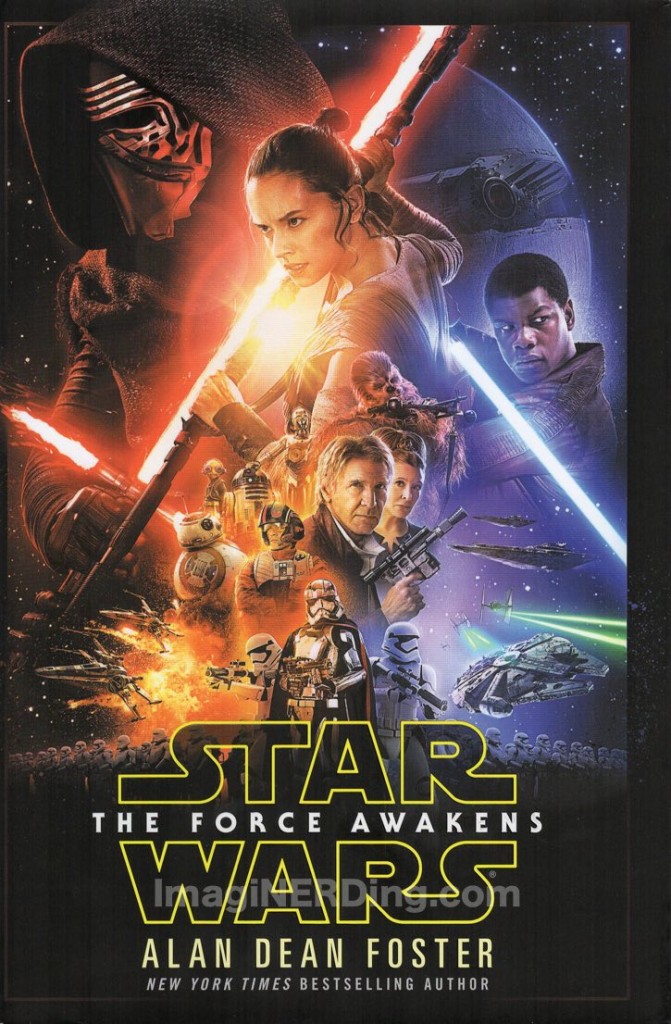 George: Most novelizations will offer differences from he final film. Sometimes it will be very minor and other times it can alter the story dramatically. With the novelizations of A New Hope and The Phantom Menace, there were a lot of smaller plot points that fleshed out the story and offered insights into the characters. The Force Awakens novelization was very, very close to the final film, Which is good and bad. But, mostly good.

Jeff: There were a small handful of things that brought insight a little more into what was going on. For example, it was interesting to hear about Leia’s strained relationship with the Republic, and how they merely tolerated the Resistance’s existence.

George: Agreed. There were several moments where a scene was obviously longer in the film but was cut. In one case, a conversation with Leia and another character offers more details about a possible relationship. Or something. Maybe. Overall, the book did follow the film, beat-by-beat, including most of the dialog.

Jeff: Having said that…some beats just didn’t translate well to the book. That epic fight between Finn and the baton wielding stomrtrooper? It lasts for a sentence in the book. I mean, come on! It was so good on screen!

George: Which leads me to the thought that this book really is for the fans of the film. There’s not enough insight into the story to warrant interest for the casual fan, but it’s a close enough read to the film that it will tide people over till the blu-ray release. Granted, I loved reading it, especially the last half of the book once the story was cemented. So, it’s easy for me to recommend it.

Jeff: I mean, if you HATE movies, and will never see a movie again, but love Star Wars, then this is totally for you as well. But definitely hardcore Star Wars fans will be interested in seeing a small peek behind the curtain, but also re-live a great movie without having to go to the theater again to see it.

Are you going to check out the Force awakens Novelization by Alan Dean Foster?