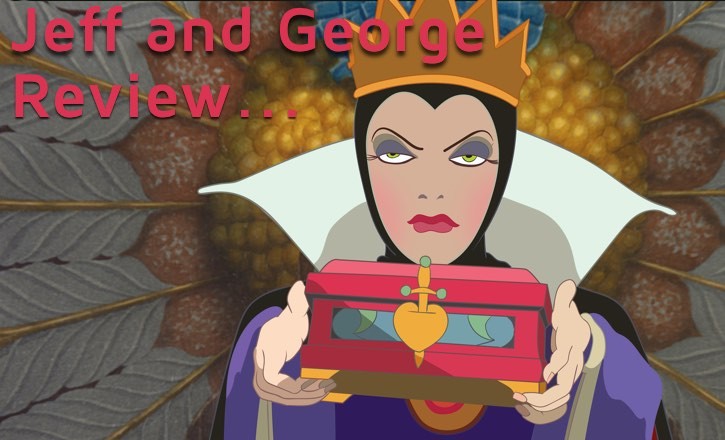 Snow White and the Seven Dwarfs on Blu-ray

George: Snow White and the Seven Dwarfs was just released on blu-ray! Granted, this is another film that I’ve owned on laserdisc, VHS, and DVD. So, it’s definitely a film that I love, and everyone should be familial with the historical value and the story. That brings us to the question of whether you need to buy another copy of the film.

Jeff: George is right. I mean, we did JUST get a blu-ray version (the Diamond Edition) in 2009. So, what is the difference here? Well, this is the first of the new Signature Collection, which has a facsimile of Walt Disney’s signature on the cover. This release features the same audio and video presentations found on the film’s previous Diamond Edition release…however, several new extras have been added, with some carrying over. There are two are altered from that first release, but the Diamond Edition is still the more feature-packed of the two.

George: I totally forgot that we had Snow White on blu-ray. I guess we get too many things to review…anyway, I did spend most of my time investigating and enjoying the extras. Even just perusing the titles of the extras shows off a lot to be excited about. Still, the movie looks wonderful and sounds amazing. If you don’t already own it on blu-ray, you need to pick up this edition. Right off the bat, the extra Snow White in 70 seconds rap was pointless and, well, weird. I also didn’t like the 7 facts you didn’t know segment, except Sofia Carson is really adorable.

Jeff: That said, I really DID enjoy the new piece with Walt talking set to archival footage. For a signature collection, there should be more of these type of thing, as opposed to a rap song about the plot. There’s also a terrible promotional piece about people who are making money off of tie-ins to the film, and didn’t fit with the rest of the stuff.

George: You mean you didn’t want me to color-coordinate my clothes with a random character from the film while we did this review?

Jeff: I’ll Disney bound with stuff from my own wardrobe, thank you kindly!

George: The Disney Bounding was interesting, but the Iconography short was pretty strange. Still, there’s more than enough extras on the disc to keep you entertained and in the know. I still enjoyed several of the 2009 extras. It was almost like seeing them for the first time. 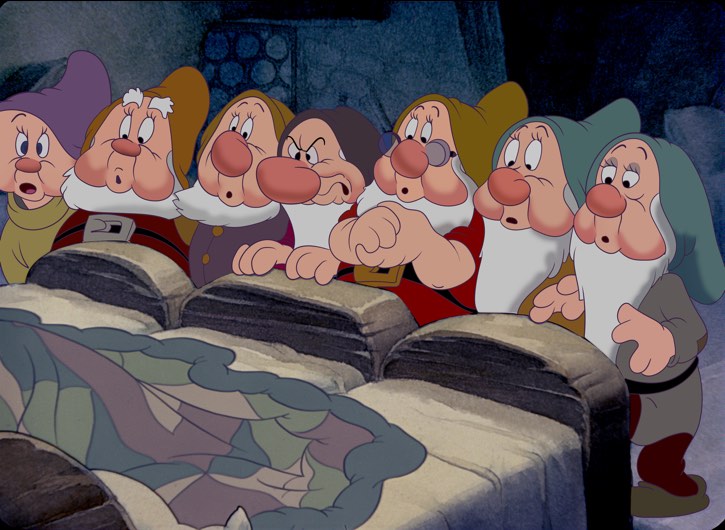 Jeff: It was nice to see them again…but at the end of the day, they ARE on the disc from a few years ago, unchanged, mostly, so it’s repetitious. And honestly, this wave of “modern” and “hip” stuff populating extras on the disc, really having nothing to do with the magic of the films, is kind of upsetting. I want more on the film itself, not what some designer is doing based off of it.

George: They did interview a lot of Disney historians for the 2009 segment on the history of the Hyperion Studios. I really wanted to see more extras like that, to showcase what the studio was doing at the time. Not only is that a fascinating time, but it’s one of the most successful and productive moments in the studio history. Hearing the accounts from artists at the time really put Snow White in its historical perspective and anytime we learn more about the Hyperion days, it’s a good thing!

Jeff: That said, the video and audio of the actual film itself look fantastic. As mentioned earlier, its the same transfer, and it still looks pristine. Walt’s folly has never looked better, so why try to fix what isn’t broken?

Are you going to pick up Snow White and the Seven Dwarfs on blu-ray?