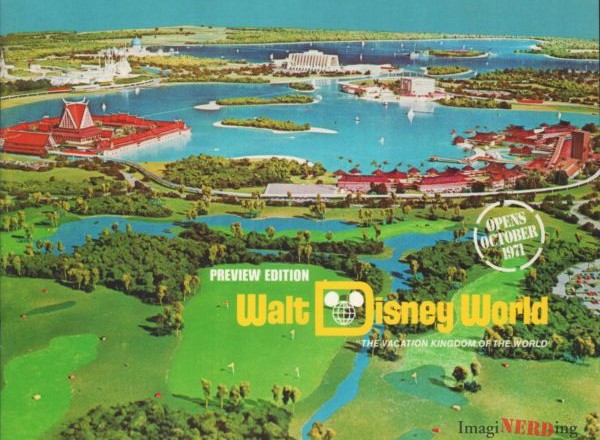 On a trip in 1994, I saw a book display in one of the stores (probably on Main St., USA) about Walt Disney World. It was a purple book with the park icons on the cover. It was called the Walt Disney World Souvenir Guide. 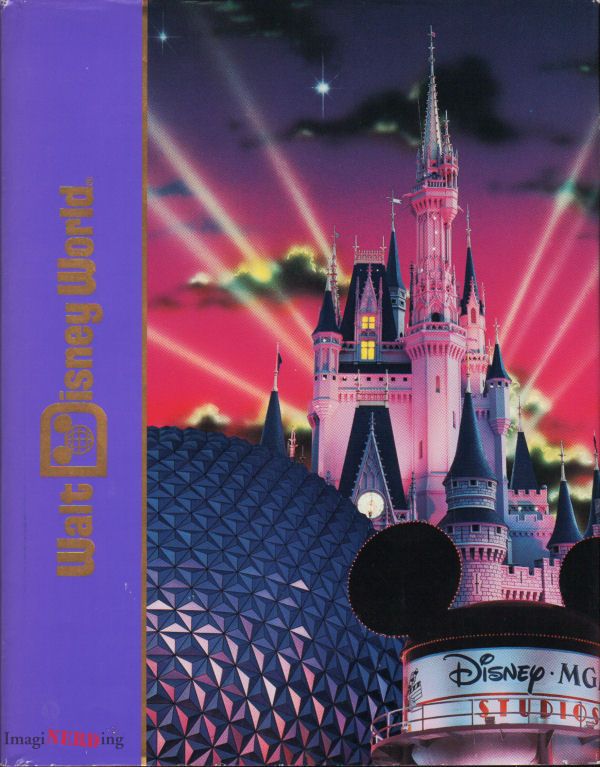 When I got home, I savored every page of the book. I analyzed each photograph and committed the pages of text to memory. This book ignited my hunger for Disney-related titles.

So, for the next few years, I asked for any book about Walt Disney World that was available at our local bookstore. My mom appreciated this new obsession since it made it easier to shop for me at Christmas and birthdays. By the Millennium, I had amassed a healthy collection of Disney theme park books and started to purchase biographies and books about animation. The internet really provided a much easier way to research and acquire books. Almost 20 years after buying my first Walt Disney World book, I have collected a library of almost 1000 Disney books. Of course, I have a large group of Walt Disney World Souvenir Guides. 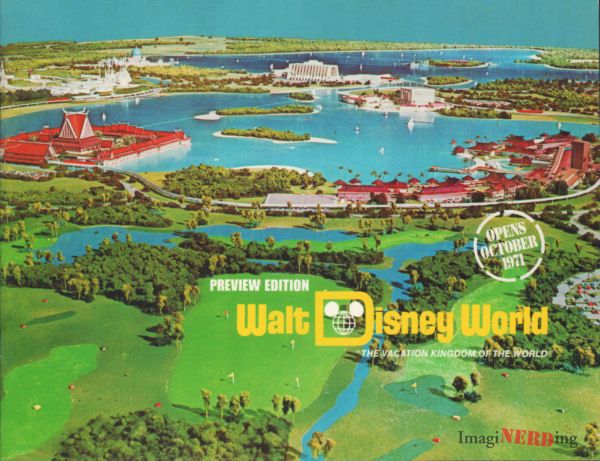 The Walt Disney World souvenir guide from 1993 is part of a tradition of producing glossy books about the theme park experience. The first book published about Walt Disney World was the Walt Disney World Preview Edition that was sold at the Preview Center in the late 1960s. It is a paperback and is extremely rare (The Disney Archives reprinted it for attendees of the Destination D40 event). This was one of the ways that Disney tried to promote the fledgling Vacation Kingdom of the World. It is filled with wonderful concept artwork and the hopes for what Walt Disney World would become. It is a great resource for historians and people that love “what might have been.” 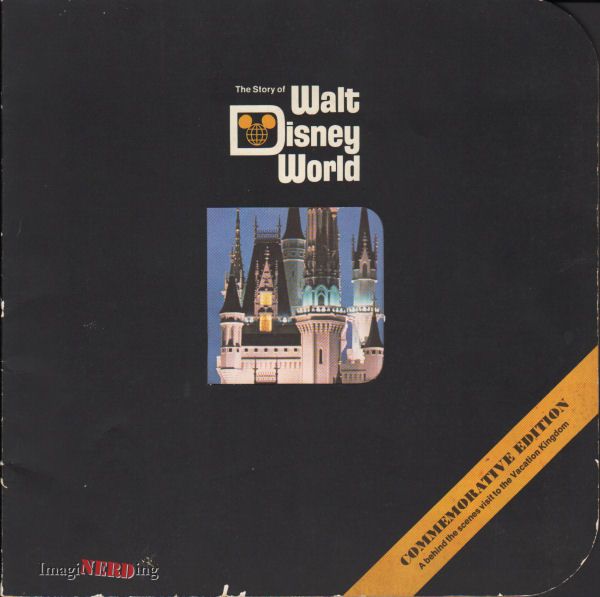 In the mid-1970s, Disney produced The Story of Walt Disney World, a large D-shaped book that was updated semi-frequently and printed several times a year. This is a great look at Walt Disney World and what a typical vacation looked like. It presents a lot of behind-the-scenes information and photographs, including: construction of the Contemporary, building the Magic Kingdom and creating vacation amenities. There are a few different versions with the main difference being the map presented (learn more about the maps, here).

In celebration of the Tencennial, Walt Disney World: The First Decade was released. Disney would use this large-sized, hardback format for almost twenty years. This is an in-depth look at Walt Disney World, published in 1981 with amazing photos. It is still a pre-Eisner title and this is clearly reflected in the presentation of the photos and the behind-the-scenes information. As we will see, the books will change over time and present Walt Disney World in a different light. 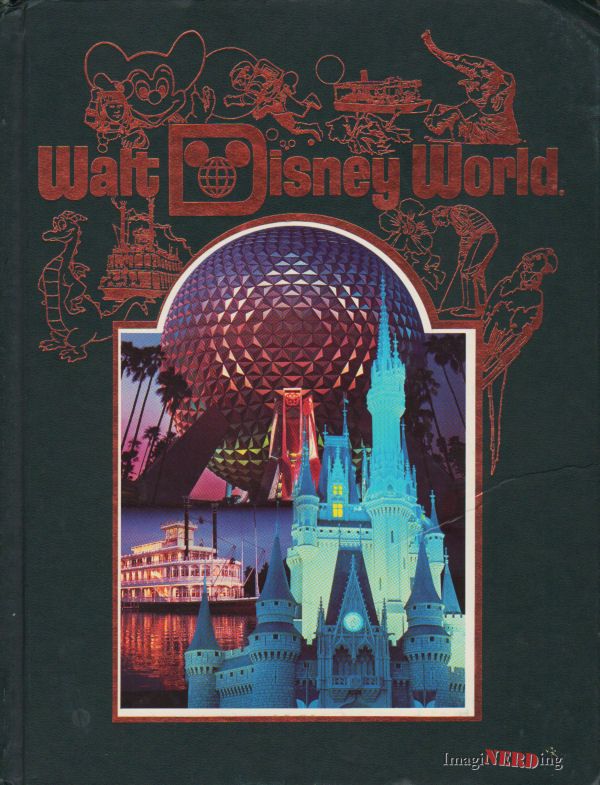 The Fifteenth anniversary book is next. The biggest difference would be the addition of EPCOT Center. We will also see a few pages dropped. There are a lot of great EPCOT Center photos and a lot less behind-the-scenes information. It is almost like Disney realized they needed to really promote EPCOT Center and not the entire Vacation Kingdom. If you are an EPCOT Center fan, this book has some great shots. 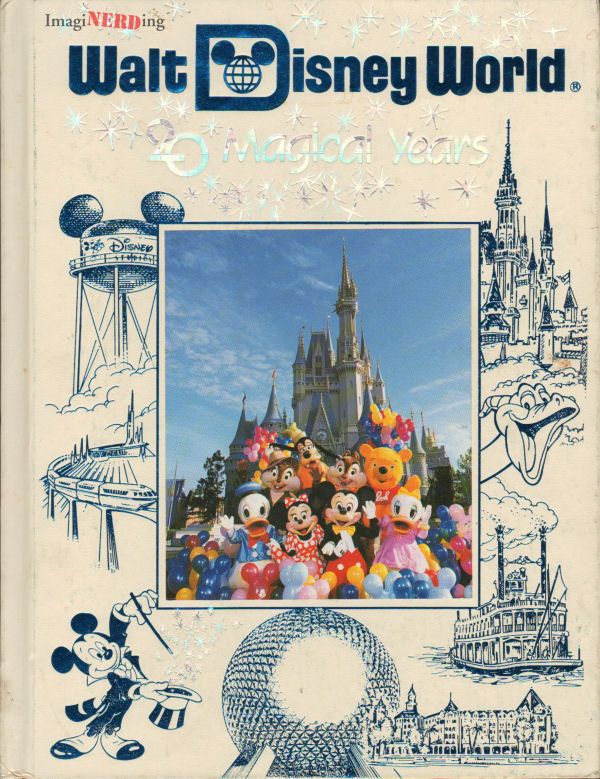 The twentieth anniversary title, Walt Disney World: 20 Magical Years, would start to look more like the souvenir guides of the late 1990s and early 2000s. Not quite as polished, but getting there. This guide adds the Disney-MGM Studios and Pleasure Island. The book added 20 pages from the 1986 book, but there is also a page (or two) dedicated to the hotels. Remember, Eisner added a lot of hotels and they needed to be advertised.

Walt Disney World Souvenir Guides: The Millennium and Beyond! 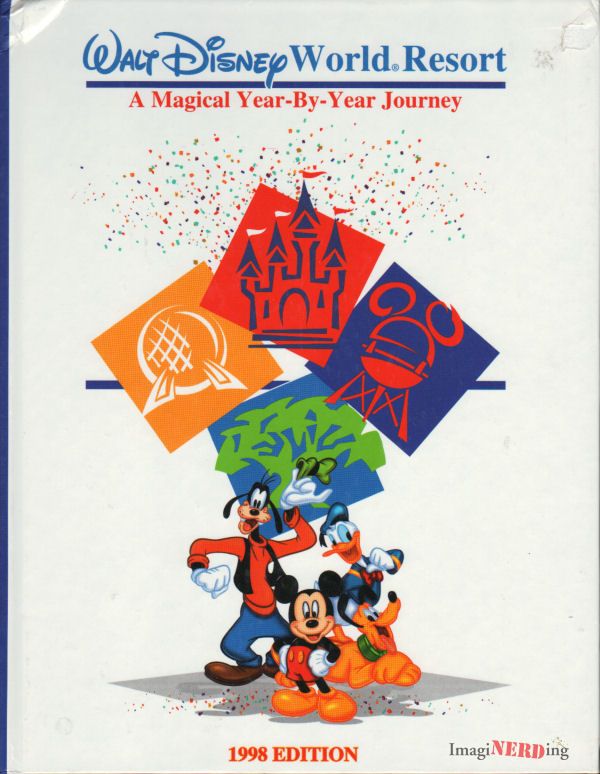 With the Walt Disney World souvenir guides being released in the mid-1990s, we see a turn in the marketing and presentation of Walt Disney World. Everything gets a lot slicker and the presentation is obviously being handled by a more sophisticated marketing team. We start to see many more posed photographs with castmembers and images of areas and attractions that were gone when the book was printed. The 1998 Walt Disney World: A Magical Year-By-Year Journey is also the first one by Hyperion Press (and the talented Wendy Lefkon). This guide is a great one for history buffs, but it is still not as cool as Jeff Kurtti’s Since the World Began.

The heyday of Walt Disney World souvenir guides would center on the years before and after the Millennium Celebration. The covers of the books would change with minimal differences in the interior of the books. These books are still aimed more at the traveler who wants a fond memory of their trip—almost like a scrapbook. For Disney historians, these books are some of the few documented sources that we have on Walt Disney World. Once you get past these, you will find yourself scouring old Eyes and Ears and other castmember publications for bits and pieces. 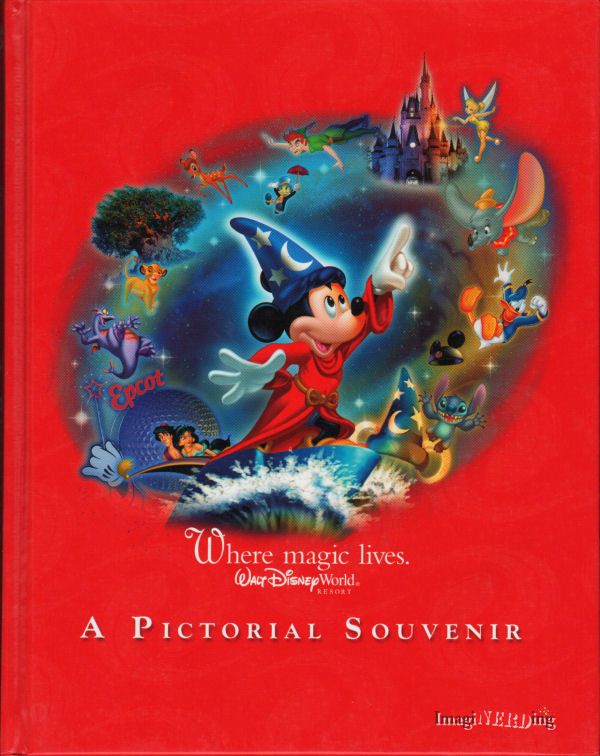 The Where Magic Lives Pictorial Souvenir (2006) takes a slight detour and is more reminiscent of the smaller, paperback guides that Disney has offered since the late 1970s. As the subtitle states, it is mostly pictures and they were definitely picked out by a marketing/editorial group.

What is special about the earlier Walt Disney World souvenir guides is the approach that Disney takes in presenting the information and the photos. The books up until the mid-1990s were more laid back. The photos were of real vacationers and Disney was willing to give more behind-the-scenes details. Once the transition in the 1990s happened, Disney started using staged photos with castmembers acting as guests and carefully planned vistas; less spontaneous but more attractive? It shares a Walt Disney World that was more of a vacation destination instead of an once-in-a-lifetime trip. 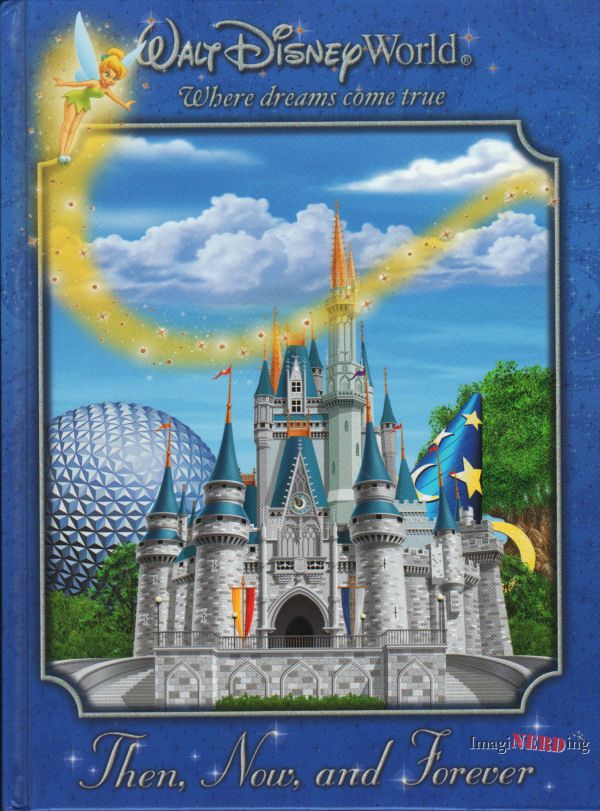 One of the final Walt Disney World souvenir guides produced takes a turn towards a more historical bent and therefore needs less updating. Walt Disney World Then, Now, and Forever by Bruce Gordon and Jeff Kurtti is a must-have for Disney researchers and historians. It is not as deep as some titles, but it is one of the few official publications to reconcile that Walt Disney World has a past. The unique nature of the book (like the Disneyland counterpart) is that Kurtti and Gordon share what attractions were there before current ones. It really is a celebration of Walt Disney World’s history and we don’t see that very often . 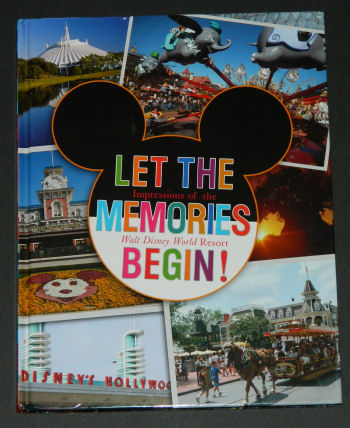 Let the Memories Begin: Impressions of the Walt Disney World Resort was released in 2012 by D23 and is the most recent of the Walt Disney World souvenir guides. Sadly, it’s one of my least favorites and is very plain and generic. By far, most of the photos are staged (or mocked up in Photoshop) and offer little to Disney enthusiasts. I’d focus on one of the earlier titles.

Like everything we have seen over the past 40 years at Walt Disney World, nothing stays the same. Attractions, restaurants, hotels and shopping destinations change and will continue to change. As will the ways that Walt Disney World is marketed. Since 2012, I have not seen or purchased a new souvenir guidebook. There are a few guidebooks that I didn’t include for the sake of brevity (like I actually know what that word means); the ones presented are the more important or groundbreaking titles.

Have you collected any of the Walt Disney World souvenir guides? Do you have another collectible that always makes you think of past trips?