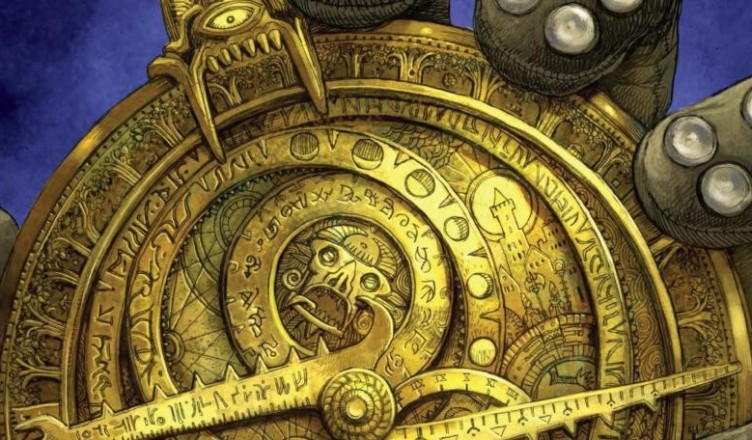 George: We both received review copies of Trollhunters, the new book by Guillermo del Toro and Daniel Kraus. Everyone should know that I’m not a big fan of horror movies or spooky books. Or anything scary, really. But, since this was a Disney title and del Toro has been in talks to make a movie or two, I thought that I should suck this one up and read it!

Jeff: I mean, Trollhunters IS aimed at kids, so I figured George would be OK. But really, I love del Toro’s work, so I was intrigued what a young adult book by him would be like. Let me put it this way…if you crossed Hellboy with Pan’s Labyrinth, but aimed toward a younger audience, you’d get Trollhunters. And that is truly an amazing thing. 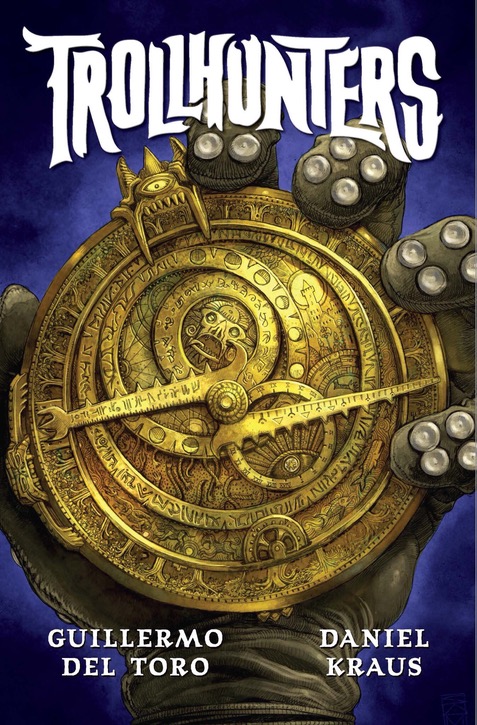 George: I don’t want to offer any spoilers of Trollhunters, but I’m really glad I read the book and I enjoyed it tremendously. The book is geared towards tweens and young teens, but most people are going to enjoy the book, especially since it feels like it’s leading into a larger series, like Harry Potter. Del Toro was really able to create a believable world with characters that you truly care for and want to see succeed! And I didn’t get scared that much.

Jeff: I will say that it was not at all what I was expecting, but I was absolutely pleasantly surprised by it. It definitely felt like it was leading to another go-round in the future, but the story itself is quite compact, and even turns some tropes on their head. On top of that, there was quite a bit of humor to it. I seriously laughed out loud quite a number of times.


George: Trollhunters, without giving away too much, centers around a modern teenage boy, Jim Sturgess, who isn’t leading the most popular life in school. His father is a loner that has more security systems than Fort Knox. When you understand what happened to Jim’s father as a pre-teen, then you get the security issues. We also run into Jim’s friend, Tubs, and the girl that Jim is carrying a torch for. I’m a sucker for teen romances. And I didn’t get scared that much.

Jeff: Notice a theme here? George wasn’t scared! IT’S A MIRACLE! But seriously, overall, the story really has the characters come to life. They are all fully realized, fleshed out people (or trolls), and jump off the page. There were plenty of times that I read and went “Oh, that is totally a del Toro thing.” It was like watching one of his films. But for kids. del Toro and Kraus worked well together to craft an excellent story. And George wasn’t scared that much.

George: Del Toro really does an outstanding job with the dialogue and the action scenes. The battles feel believable and you can see yourself as part of the action. The characters in the story go beyond the usual one dimension in most children’s books. Although we seen a lot of attention paid to children’s literature over the years and it’s become very sophisticated, it’s still nice to see an author treat his universe like it’s real and constantly changing. It’s obvious that we both really liked the book. And I didn’t get scared that much.

Jeff: George, I’m curious, what DID scare you about Trollhunters?

George. The incredible illustrations from Sean A. Murray! They are so well-done and really reflect what del Toro and Klaus were creating with Trollhunters. There’s one of the troll lord, and he was positively frightening. Also, some of the scenes with Steven, the school athletic star and bully, were more frightening than the scenes with the creepy trolls that can come out from under your bed. Wait, did I type that? Now I’m frightened. 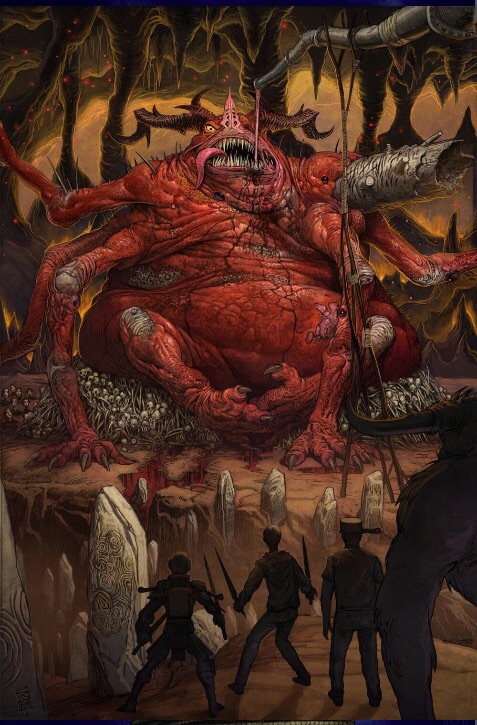 Jeff: Fair enough. That dude was creepy as all heck. Regardless, I loved it, and I think kids and parents (that are fans of del Toro) alike will get a kick out of the book. And not have to sleep with the lights on, like George.

Have you checked out Trollhunters? Is this a book that you’re going to sink your teeth into?