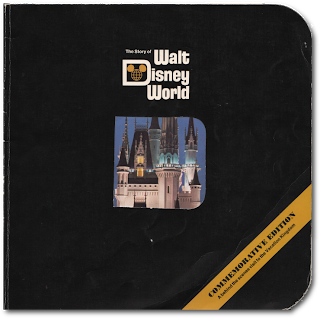 Collecting Disney books can be an arduous task when different editions and releases come into play. We know that there are four version of the Walt Disney’s EPCOT Center book (you can learn about three of them at this post) based on when the books were released.

The Story of Walt Disney World is another title with multiple editions. This book was the second major publication piece released by the company to help promote and explain what Walt Disney World was. This book is a fantastic look back at the Vacation Kingdom of the World during its heyday of the 1970s. This was a different time for the Company and they spent a lot of money and energy showing you how they created the magic of Walt Disney World.

When you start to look at the different editions of the book, there doesn’t seem to be many differences. The most obvious difference is the almost two-page map that is included in the book. There are also some minor differences in the photographs on certain pages. After discussing the different editions on Twitter with Scott Otis (@otisney) and @EPCOTExplorer, we realized that there were many editions published each year from 1971 to 1980 (at least).

The following is a fun-style map of Walt Disney World from 1976. If you click on the image, you will notice that the artist emphasized the leisure activities. It is an obvious focus of a mid-1970s vacation at Walt Disney World where you would spend two days at the Magic Kingdom and the rest of the week playing golf, tennis, boating and horseback riding. 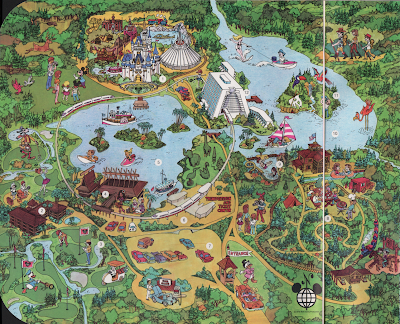 The 1971 edition is similar, save for a few small changes in some of the photographs and the following map. 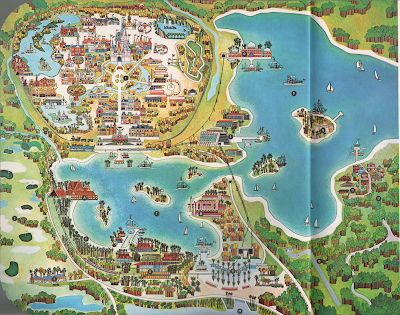 This is a well-known map, since it shows the various hotels that were never built. This was also the map that was in the guest rooms at the Polynesian and Contemporary Resort. The image is from the fantastic Walt Dated World. 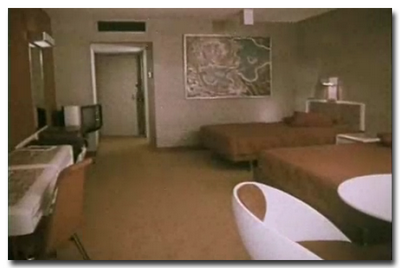 I pulled the image above from a video about U.S. Steel that I featured on this page about the construction of the Contemporary Resort.

Video Review of The Story of Walt Disney World