This image is the cover of the 1991 booklet, Disney-MGM Studios Theme Park: An Adventure With the Movies. It’s a 24-page booklet that, I am assuming, was sold as a boxed set. I have a similar title for the Magic Kingdom and both booklets have the same ISBN, leading me to believe they were packaged together.

Besides being an amazing time capsule, guides from previous years are a great way to see how Disney promoted their Florida properties. What were the star attractions? Was there a theme that was being promoted? How did they expect you to spend your time and money?

If you look closely at the cover, our bud Mick is wearing star-studded, finger-less gloves that matches his shirt and hat. He also has a white scarf draped around his neck. It looks like a little bit of East Coast vs. West Coast. You gotta love when Disney tries to be timely instead of classic.

Anyway, the real meat of the post is the single page dedicated to Studio Dining. I scanned the image and separated the photos to give a better view. What is probably the most exciting image is the one of the Catwalk Bar that was located above the Soundstage Restaurant. Not many people took photographs and the bar closed in the late 1990s (1999?) during the Bear and the Big Blue House expansion. For some reason, I always had a sense that this restaurant would have been painted matte black and was a very dangerous place to drink.

​This is an extremely rare shot of the Catwalk Bar. It was located above the Soundstage Restaurant.

Shane at Parkeology bemoans that fact that he missed out on the Catwalk Bar, as well. You can read his post here. 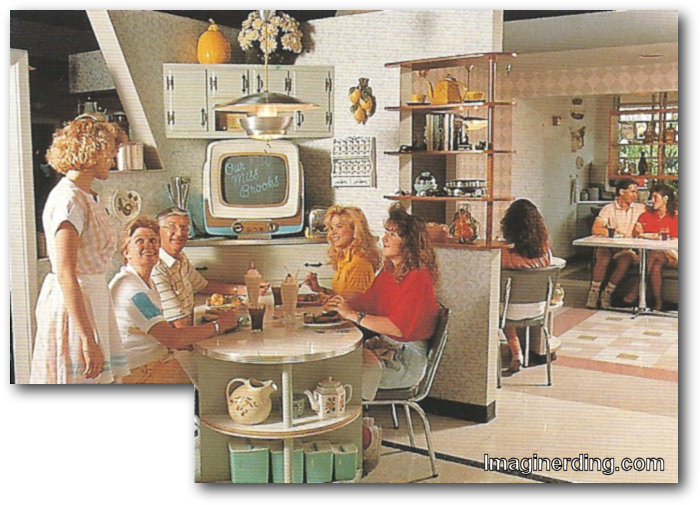 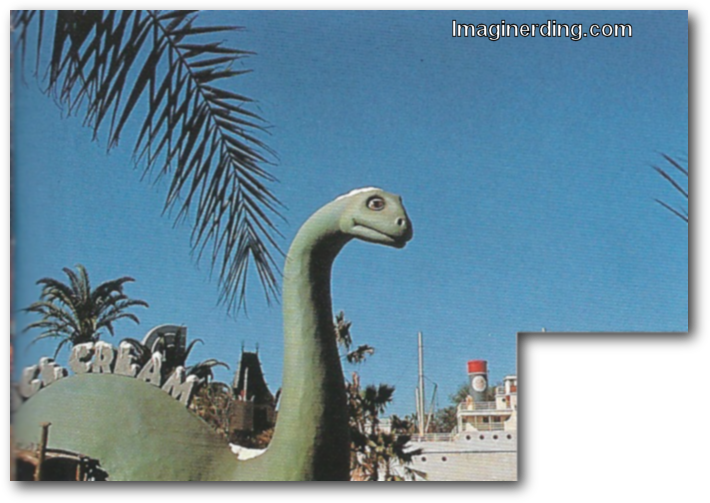 Dinosaur Gertie’s is a wonderful landmark in the park and a great place to get some ice cream. It’s also a reference to Windsor McKay and the beginnings of animation.

Do you remember eating at the Catwalk Bar at the Disney-MGM Studios?