Submitted For Your Approval…

Witness Mr. Henry Bemis, a charter member in the fraternity of dreamers. A bookish little man whose passion is the printed page but who is conspired against by a bank president and a wife and a world full of tongue-cluckers and the unrelenting hands of a clock. But in just a moment Mr. Bemis will enter a world without bank presidents or wives or clocks or anything else. He’ll have a world all to himself, without anyone. 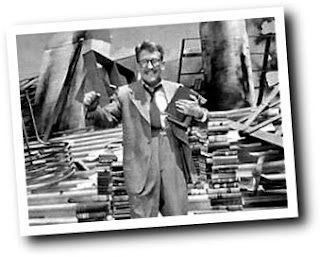 So begins one of the more famous episodes of the Twilight Zone: Time Enough At Last. Burgess Meredith plays Henry Bemis, who wants nothing more in life than to lose himself in a book. After a day fraught with a demanding boss and wife who both bemoan reading, Henry locks himself in the vault of the bank at which he works. After seeing an article about the the destructive power of the H-bomb, he hears explosions outside the vault and is knocked unconscious. After awakening, he ventures outside to discover that he is the only human left alive.

Although there is plenty of food available to him, Bemis decides to kill himself until he runs into the ruins of a public library. The books were perfectly preserved! Enough books to last him a lifetime. As he is sorting the books, he trips and his glasses fall from his face. They shatter.

Inside the Library of the Twilight Zone Tower of Terror at Disney’s Hollywood Studios, we find a nod to Time Enough At Last. 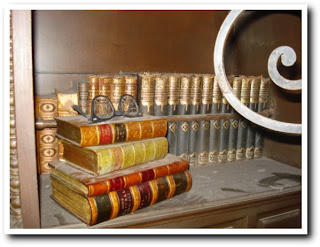 The best laid plans of mice and men and Henry Bemis, the small man in the glasses who wanted nothing but time. Henry Bemis, now just a part of a smashed landscape, just a piece of the rubble, just a fragment of what man has deeded to himself. Mr. Henry Bemis in the Twilight Zone. 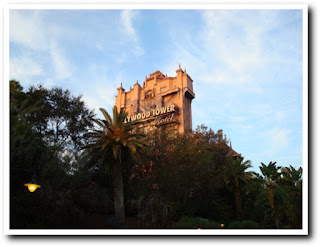 Matt Hochberg, from StudiosCentral and the WDW Today podcast, sent the link to his Tower of Terror site. He has provided a page with links to all of the Twilight Zone television show references in the ride. Thanks, Matt!

5 thoughts on “Studios Awareness Week: Submitted for Your Approval”