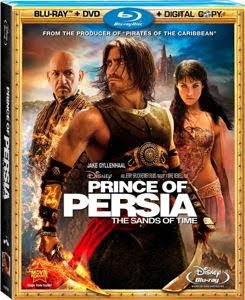 This movie was intended to be the tentpole release for the 2010 summer season and as an additional series for Bruckheimer (in the vein of Pirates of the Caribbean) to develop. I did not see it in the theaters due to the lackluster reviews–I chose to wait for my review copy. We invited some friends over and cranked up the surround system. This was a time when I was glad to have a Blu-ray system.

Prince of Persia surprised me on many different levels. The visuals were astounding. Even on a home theater screen, the effects never seemed  trite or fake. The action was spot-on, although there were times when it was hard to keep up with the pace. Anyone familiar with the recent slate of Prince of Persia video games will recognize the pacing and physical elements. The Prince is an action hero and the filmmakers kept to the style of the video games. Running up walls, flipping on bars and frenetic battles kept us on the edge of our seats. 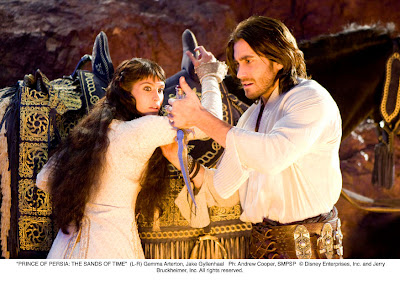 Button, button, who’s got the button?

The story was fun and had a few surprise elements. It was nothing earth-shattering, but you were always wondering who was behind the machinations and plot maneuvering. If you are a fan of the video games or fantasy/action films, then this is a good choice to add to your collection. Disney has started releasing combo packs that include the Blu-ray, DVD and digital download in the same package, which makes it very convenient to take the movie wherever you want to! 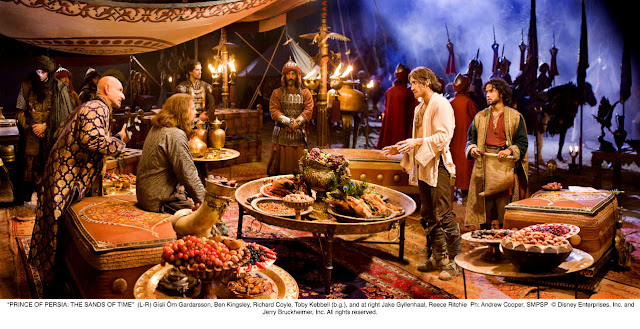 One of the widest publicity stills ever released! 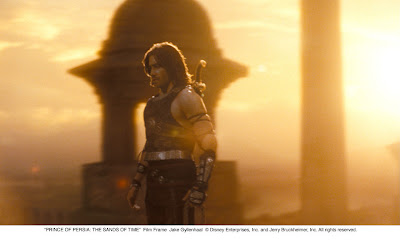 I wish I knew how to quit you.
Don’t forget to stop by our site and leave some Disney Geek love!

One thought on “Prince of Persia: The Sands of Time Blu-ray Review”