The Walt Disney World in Pictures article also includes a special gift from the Imagineers–a Cinderella Castle poster! Of course, this version was modeled on the architectural renderings from 1969, not the 25th Anniversary Birthday Cake design. 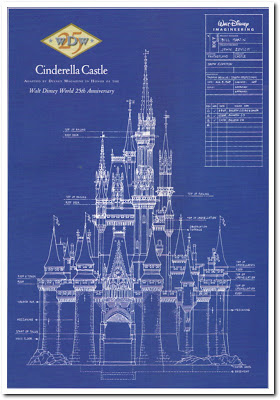 
Enjoy! If you happen to build your own castle, drop us a line!

5 thoughts on “Build Your Own Castle”