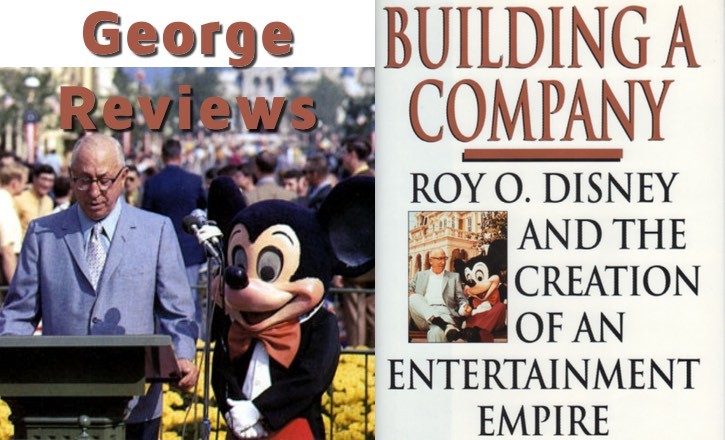 Building a Company: Roy O. Disney  and the Creation of an Entertainment Empire, a review

Building a Company is one of the few books that looks at Roy Disney’s life. There are a handful of biographies on Walt Disney; some are spectacular while some are misleading and almost reprehensible. In 1998, Bob Thomas, who also wrote the official biography of Walt Disney and several books about animation, penned the sole biography of Roy O. Disney.

I read Bob Thomas’ biography of Walt many years ago and it is one of my favorites. Even though it’s an official biography and promotes many corporate truths, it’s still a great look at Walt. In 1998, Thomas published Building A Company, a look at the lesser-known half of the Disney Empire.

Roy’s life started out simple enough and even as a young teenager, he was taking care of Walt and helping him with his dreams. This would be a consistent pattern throughout his life. Even after Walt passed, Roy postponed his retirement to see that the Walt Disney World project would be completed. He worked tirelessly to get Walt’s dream as close as possible. He felt he needed to take the mantle of creative and financial lead for the Company; that no one else would be able to follow through.

This was a biography that was a long time coming. Every Disney historian understands how important Roy was to Walt. Without big brother Roy, we wouldn’t have the Disney Company as we know it today. Walt has been quoted as saying that without Roy, he would probably be in jail for bouncing checks.

Building a Company brings Roy’s life to the forefront and paints a picture of a man that truly loved and understood his brother. Walt was always seen as the creative genius and Roy as the money man. After reading this biography, I can assure you that Roy was just as creative as Walt. Roy just used numbers, balance sheets and common sense. Thomas is able to share a Roy that was extremely ethical and treated all business partnerships with respect. 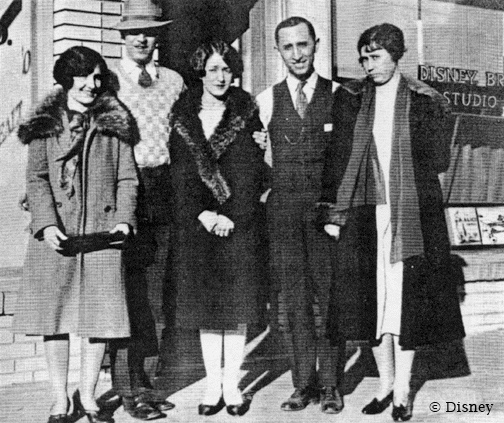 Building A Company is a very enjoyable read that never suffers fact for narrative. Bob Thomas has written several other Disney-related titles and he was a reporter for the Associated Press for more than 50 years. As with any biography, you need to take bits and pieces with a grain of salt. Sometimes it reflects poorly on the biographer and sometimes with the prior research (and researchers). I didn’t run across anything glaring, but after doing some of my own research, I did see some inconsistencies across several biographies. It just serves to remind us that not every biography is conclusive, exhaustive or authoritative. Bob Thomas does take us a on a journey through Roy’s life, allowing us a glimpse of a strong man who always did what was in the best interest of the Company, even if he was at odds with Walt. Nonetheless, it is still the most complete look at Roy Disney’s life to date.

This is a book that every Disney enthusiast should read. You can learn a lot about Roy Disney by reading everything about the company, or you can just read this book. (Although, I will recommend that you read everything!) You will appreciate this biography more if you have read Thomas’ Walt Disney: An American Original or Barrier’s The Animated Man: A Life of Walt Disney. Not that Building A Company is a companion piece, but Thomas spends more time focusing on Roy’s contributions and a larger familiarity with the Disney Company will benefit the reader. This is a great read. It should be read by every Disney enthusiast.

Have you read Building a Company? Do you have a favorite Walt biography?