I loved this book. It isn’t the typical book that we review at Imaginerding, but after reading how influential the 1939/1940 New York World’s Fair was to the creation and design of EPCOT Center, I knew I needed to read this book. 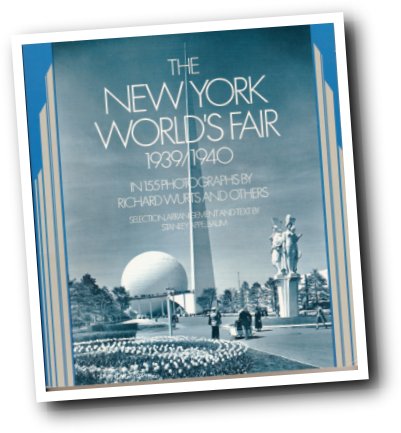 This book takes us on a visual tour of the 1939/1940 New York World’s Fair that took place in Flushing Meadows. We are introduced to the history of the fair in the 10 page introduction: the controversies; financial issues; and political turmoil. The rest of the work consists of maps, photographs and captions. You get a sense of the scale of the project–the vast construction project was the biggest land reclamation project of the time and over 48 million people visited the Fair during its two-year run. Unfortunately, the Fair lost almost 20 million dollars and had to declare bankruptcy.

After studying the photographs and the accompanying text, it was obvious to me that the Imagineers charged with building EPCOT Center had visited the Fair as a child or considered historical documents to follow the designs. EPCOT Center is premeditated on the basis of the Fair.

The most apparent references, physically, are the layout of the areas into larger sections and the larger architectural themes of the sponsored pavilions. The Perisphere is the obviously the ancestor of Spaceship Earth. Every evening, on the Lagoon of Nations, there was son et lumiere show presented with fireworks, flames and colored fountains—all choreographed to music. Sound familiar?

Democracity was located in the Perisphere and you accessed it from the escalator located in the 700 foot-tall Trylon (triangular-shaped building). Inside the Perisphere, you stepped onto one of two moving rings where you could view Democarcity, a diorama of a planned urban and exurban community of the future. 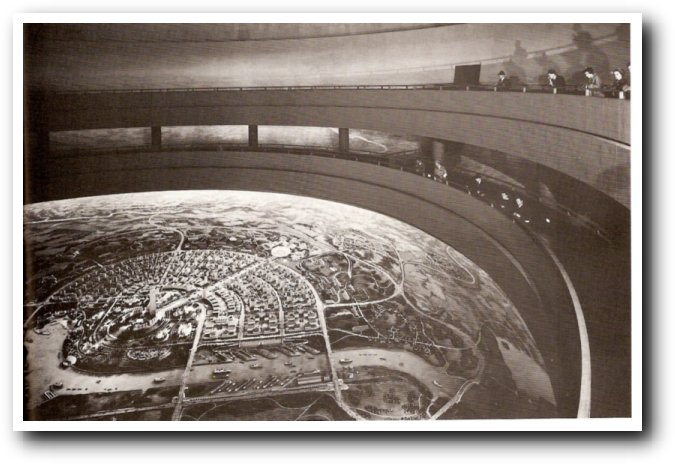 Once you made your way to the Transportation Zone, you found yourself by the General Motors Pavilion—a huge sprawling complex made of multiple buildings. The hit of the Fair, Futurama, foretold of national highways, a perfect climate and the elimination of the blight of slums. All by 1960. The text accompanying the photos says it best:

21. Springing up around a planned traffic system-still looked on in 1939 as the guarantee of future happiness-the metropolis of 1960 was seen to be free of slums and blight, full of parks and civic centers. Energy sources would apparently be abundant, climate perfect. In 1964 GM offered an analogous ride at almost the same location.

I truly enjoyed this book. Being an armchair architect, the pictures of the show buildings were simply stunning. Art Deco, on such a grand scale, at its finest.

The Bottom Line:
Get this book if you are a serious student of Epcot–in all of its incarnations: the planned community, the theme park of 1982 or the ideas leading up to its design or execution. You won’t regret it. With that in mind, this isn’t the book for the lay traveler or the Disney Geek just starting to earn their Geek Certificate; there are some cooler books about Epcot we’ve looked at that should be in every collection.